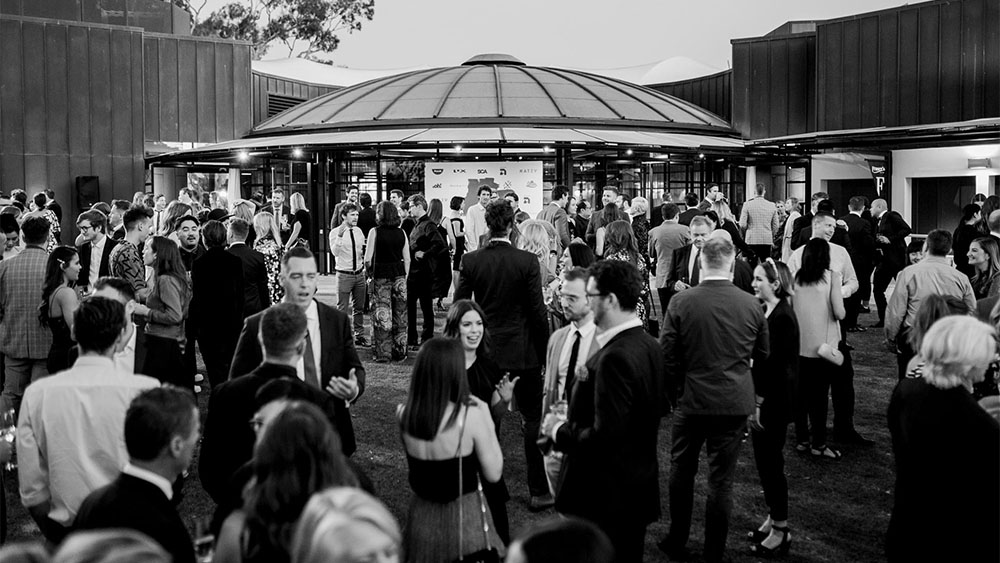 Why 2020 presented the perfect opportunity for the industry to come together and celebrate the best of WA work.

On December 11, 2020, WA’s creative community will come together in the newly-reopened Hackett Hall at the WA Museum Boola Bardip.

It will one of the first times many Perth people have been able to stand in this awesome new space, and it will be the perfect backdrop to celebrating the work that the PADC’s members have created in one of the wildest and toughest years in Perth ad history.

Josh Edge, PADC President, said: “We’ve been hearing a lot of different things about the role of the Club, the role of awards shows, the absence of local work in the public eye. There’s a real need to build a bridge between the worlds of Government Arts and Business, and the wider community, to show each other what we’re doing as a local industry, and to come together and celebrate in a communal atmosphere after a rollercoaster of a year.”

To this end, Edge said the Club is experimenting with a radical new one-off format that aims to brings more of the Club’s members and work to a wider audience.

“This is a pretty brave experiment for the committee, and we’ve had a lot of robust discussion about the best way for the PADC to help the local industry in 2020. I’ve personally had a lot of positive feedback about the new format, especially from those members and agencies who don’t always get a chance to have their work seen, and I hope every member sees this for what it is – a chance for us all to take stock and come together on a fantastic night of showcasing the best of WA.”

Edge noted that the feedback about industry event ticket prices has been noted over the past two years, and one of the Club’s missions was to create a more affordable ticket price for everyone.

“We’ve run a few anonymous surveys and I’ve had a lot of discussion with members, production companies and agencies, and one of the biggest criticisms we’ve had is about the ticket price of the Skulls. We set a benchmark of $50 entry fee this year, which was a big ask, and we’ve ended up with $75 per head which we believe represents fantastic value for money considering the scale of the venue and free drinks and food.”

“It also means agencies aren’t put in a position to have to heavily subsidise tickets for staff on top of entry fees. But, as with anything, it needs everyone to support it to show that we’re not all just crazy idealists!”

The Club also wanted to acknowledge their sponsor for 2020, Newscorp.

“To have anyone financially sponsor a local industry body in 2020 was a massive ask, and we’re so appreciative that Newscorp was able to step up to the plate and help us out. They deserve a lot of kudos for supporting WA talent this year in terms of hard dollars.”

As to whether the Awards will return in 2021, Edge is adamant that this is a one-time experiment that will not jeopardise the future of the Skulls or Diamond Skulls.

“No, we’re not about to wipe local award shows out. They’re an important part of a thriving and functional local industry, and they need to be supported.

“The most likely scenario at this stage is that the Skulls 2021 will amalgamate a longer time period for both years to become eligible. But our options this year were to operate with a vastly reduced entry tally (due to COVID impacting the amount of work), run a different format that still allows everyone to have a big night out – especially in the absence of the Oasis Ball – or scrap the event entirely for 2020. I wasn’t prepared to do that in the Club’s 40th year, so we’ve found a new way to do something that will hopefully build some great new initiatives for the Club in the coming years.”

PADC has released an Introductory Pack and Entry Requirements for all agencies, companies and individuals who want to submit work to the Showcase.

Any individual or agency wanting to know more about the Skulls Showcase 2020 can contact Tia Brazier on admin@padc.com.au