Open Spaces Productions has continued to build on its reputation as one of WA’s top production companies, producing commercials for major local and Eastern States agencies and clients.

Having burst onto the scene in 2016 with his award-winning ‘Meth’ campaign, Matt Pitcher has consolidated his position as one of Perth’s most in-demand directors. With a distinctive eye for cinematic visuals and authentic performances, he is constantly striving to create work with substance and longevity.

A recent highlight for Pitcher was ‘The Experiment’ TVC for Horizon Power via Rare, which won Best of Year at this year’s Campaign Brief Awards.

“For a relatively straightforward idea, it was a complex shoot with obvious safety risks given we were dealing with live electricity,” said Open Spaces principal and Executive Producer, Béatrice Masia. “It required careful and thorough pre-production to make sure everyone on-set knew where they had to be and what they had to do. The actual shoot went like clockwork and we were very happy with the result. Thanks so much to Rare for the opportunity.”

Having been a regular visitor to Perth and directed major campaigns over many years here, Westwood is much-respected by Perth creatives as a strong collaborator with a passion for telling a good story.

Masia herself has continued to keep abreast of developments internationally, attending major advertising and festivals. With the production landscape always evolving, Masia said developing new contacts and sharing information with their existing relationships helps Open Spaces to staying on top.

“We have consolidated our international reach and also in Australia, meeting with existing and new clients. We also want to continue doing excellent work with Perth agencies. Perth boasts exceptional creative talent and we want to help bring their scripts to life.”

Masia said Open Spaces’ guiding principle is to be ready for and even anticipate constant change.

“In this industry, everything is changing – every year, every day and sometimes every minute. That’s just the way the world is now. Our job is to be one step ahead so that every possibility is a viable option. We thrive on a challenge and making what seems impossible, possible.” 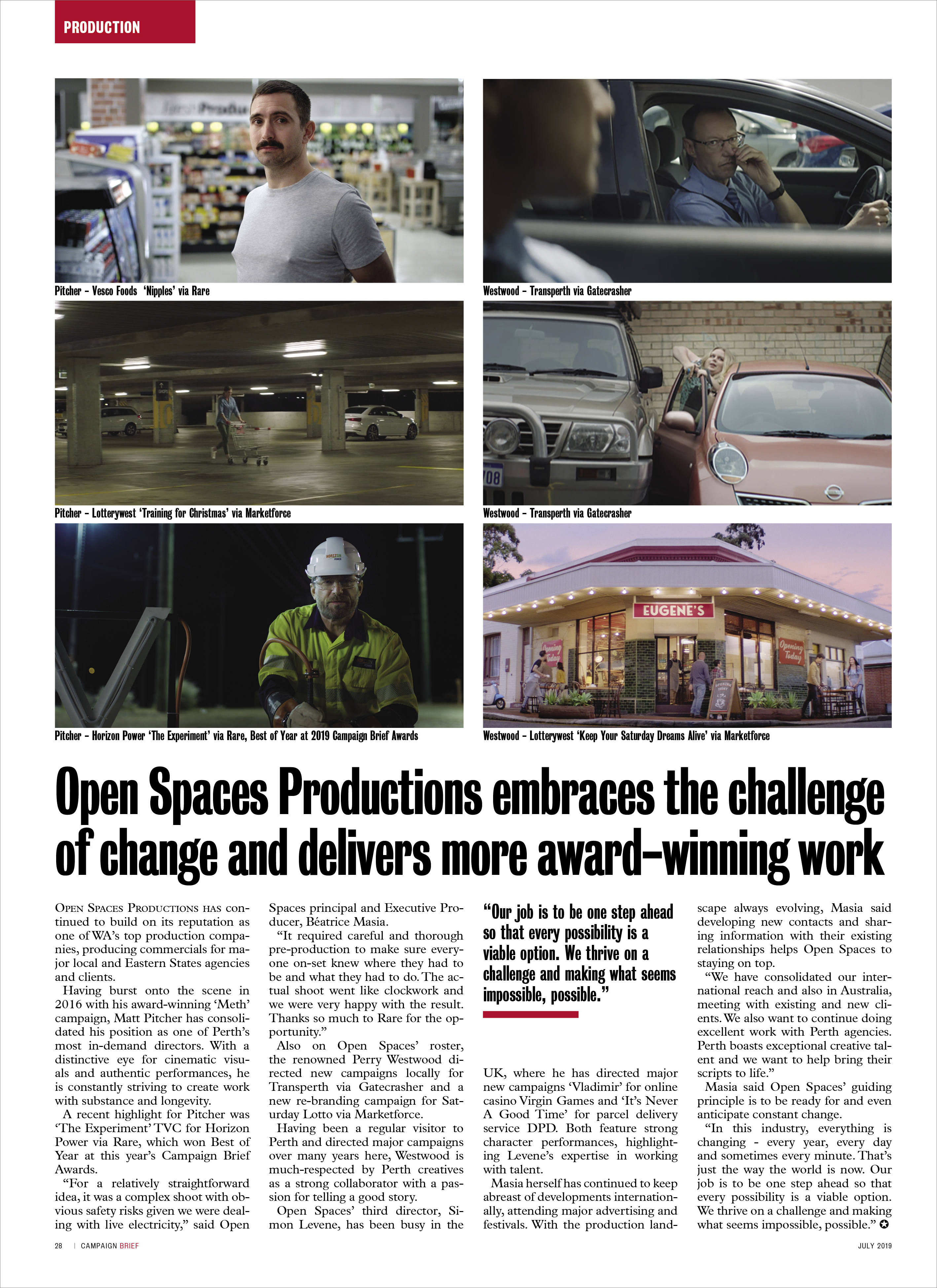