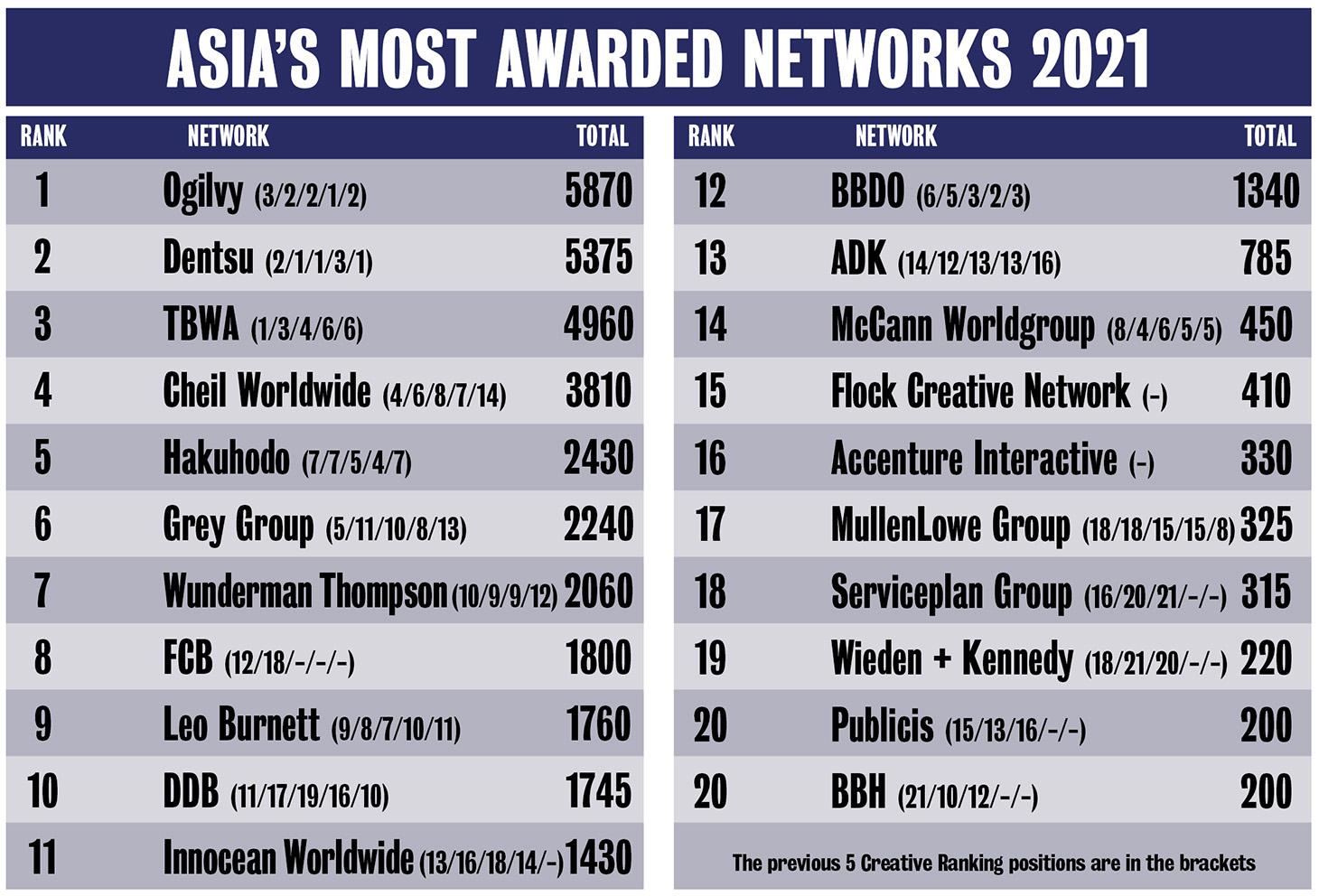 Ogilvy Asia’s superb 12 months at the top global and regional award shows has paid off with the network jumping to the top of Campaign Brief Asia’s Network Creative Rankings. Ogilvy Asia, lead by Perth expat and chief creative officer Reed Collins, takes out Asia’s Network of the Year award from the #2 ranked Dentsu and last year’s #1 ranked, TBWA.

Ogilvy sits at the top of Campaign Brief Asia’s 2021 Network Creative Rankings, 495 Creative Ranking points in from of Dentsu at #2. It is the first time since 2016 that Ogilvy has ranked #1 Network in Asia.

It is a great all round performance from Ogilvy, who have a remarkable 6 offices that are included in Asia’s Top 25 agencies, and a great credit to the creative leadership of Collins.

Collins has enjoyed a stellar career since leaving Perth. Following AWARD School, Collins worked at Campaign Brief in Perth in the early 90s before casual stints at Shout! and JMA Ogilvy & Mather, Perth before heading to Mojo in Sydney. When Hunt LascarisTBWA Johannesburg founder John Hunt paid a visit to Australia in the mid 90s, Collins (with then partner Richard Bullock, also ex Perth) pestered him for a job and weeks later the pair headed to South Africa. After a few years in SA, the pair headed to Lowe Howard-Spink London and Cliff Freeman & Partners New York, before Bullock headed to 180 Amsterdam (he’s now based in Sydney directing with Revolver & Hungryman) and Collins to Leo Burnett Chicago, where he rose to executive creative director. He returned to Australia to join The Campaign Palace as national creative director before moving to Ogilvy, based in Hong Kong. 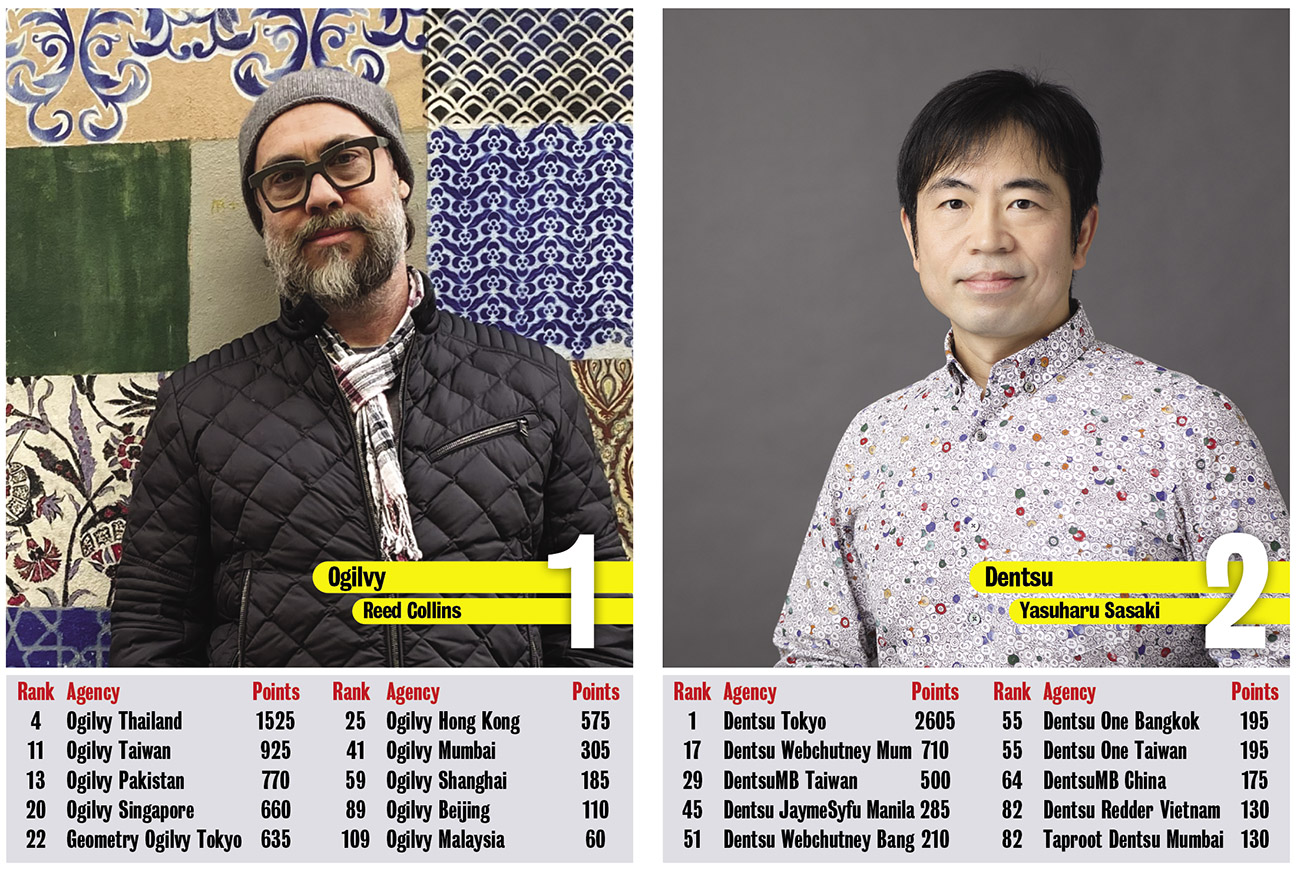 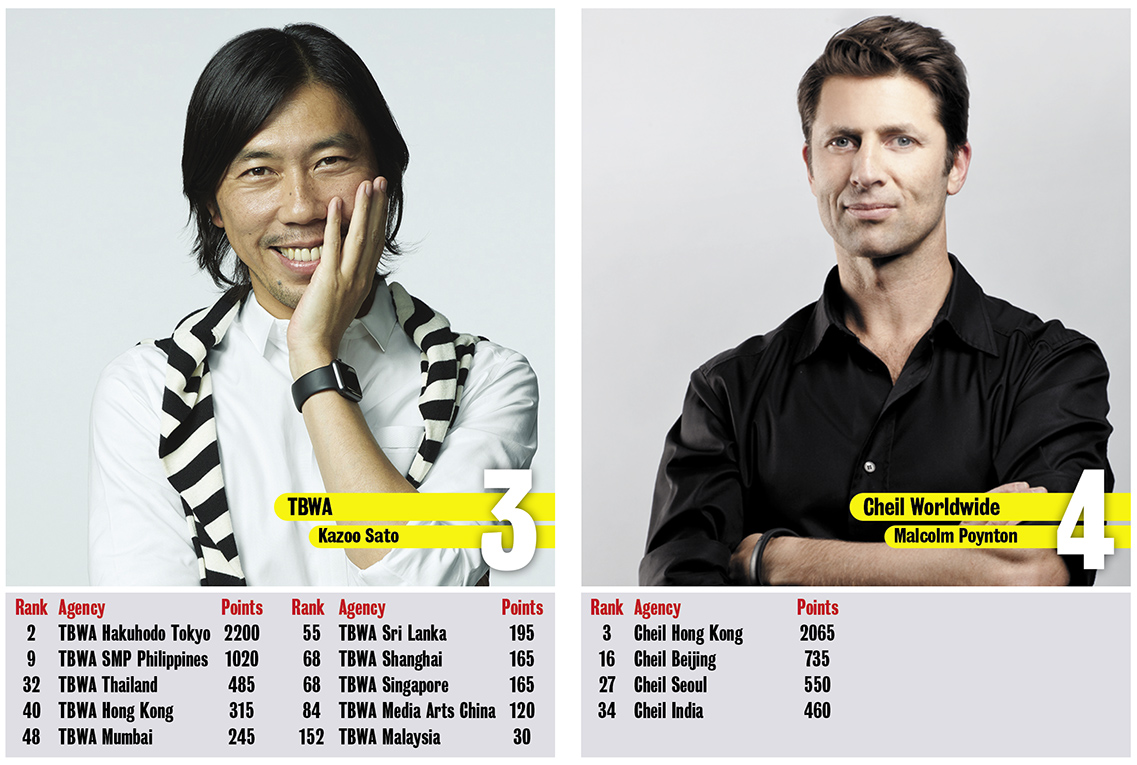 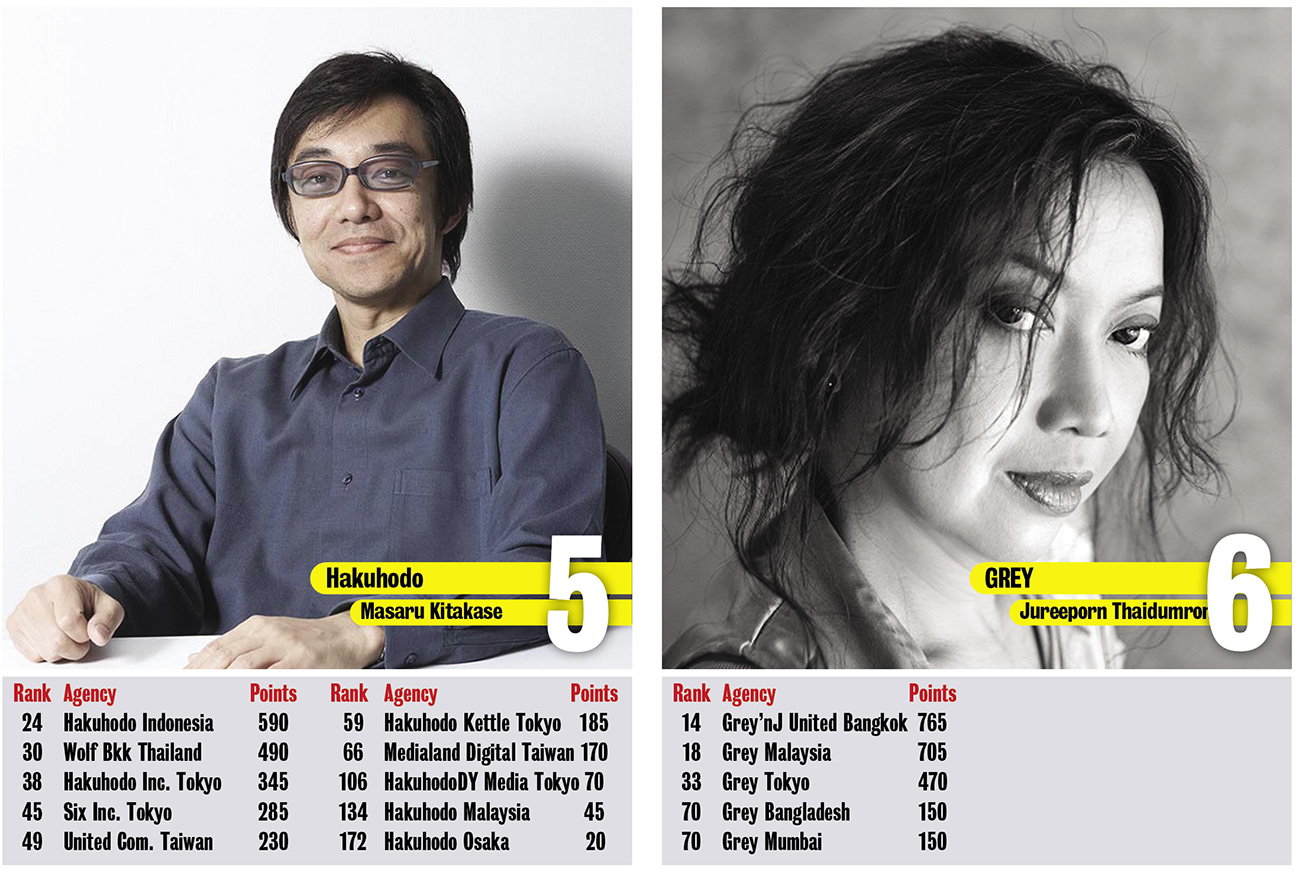 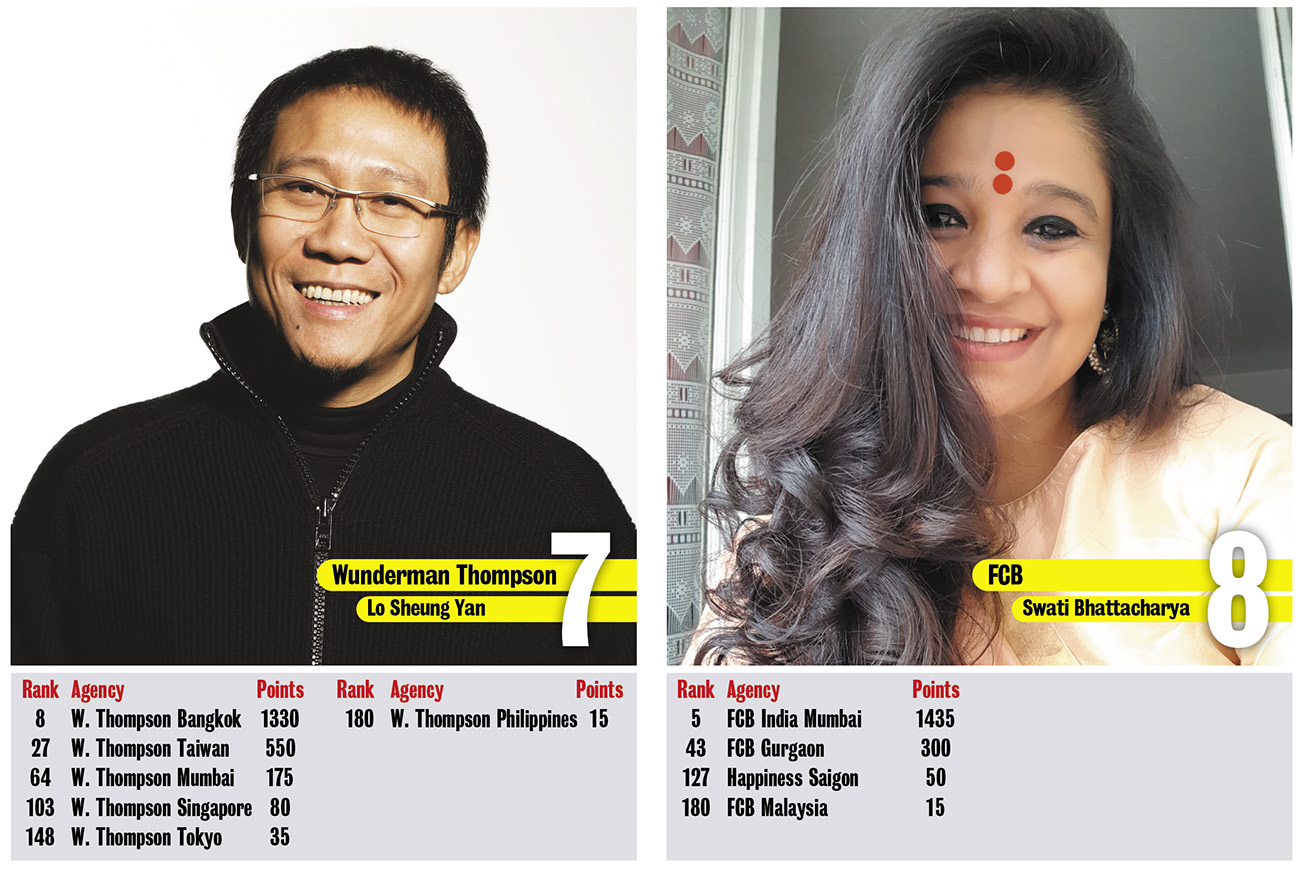 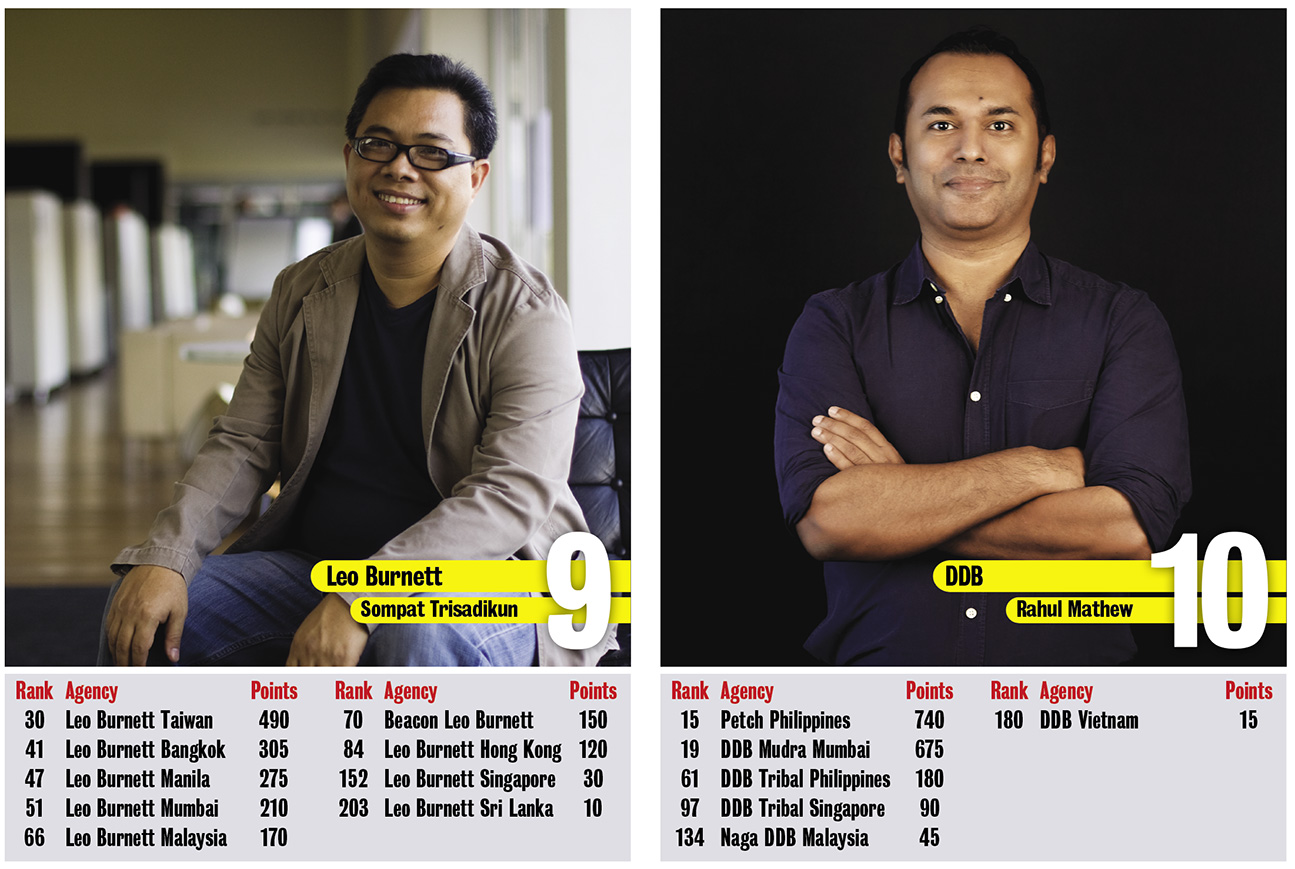 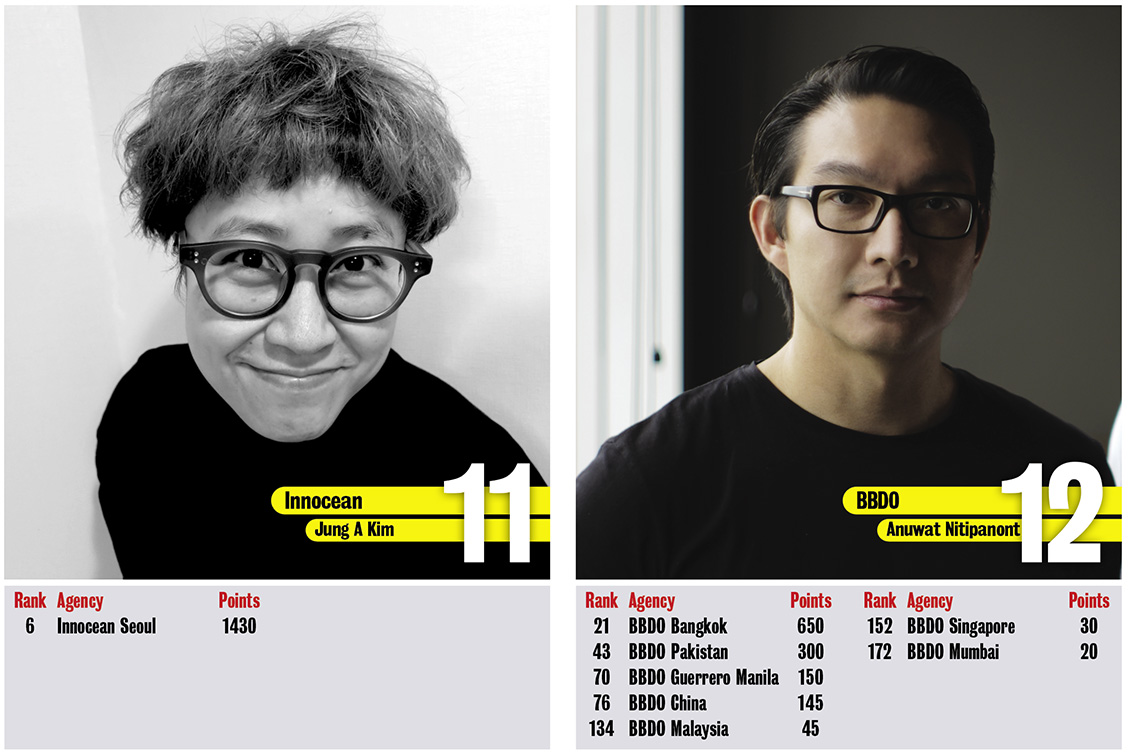 Full country breakdown and analysis can also be found on the links below. 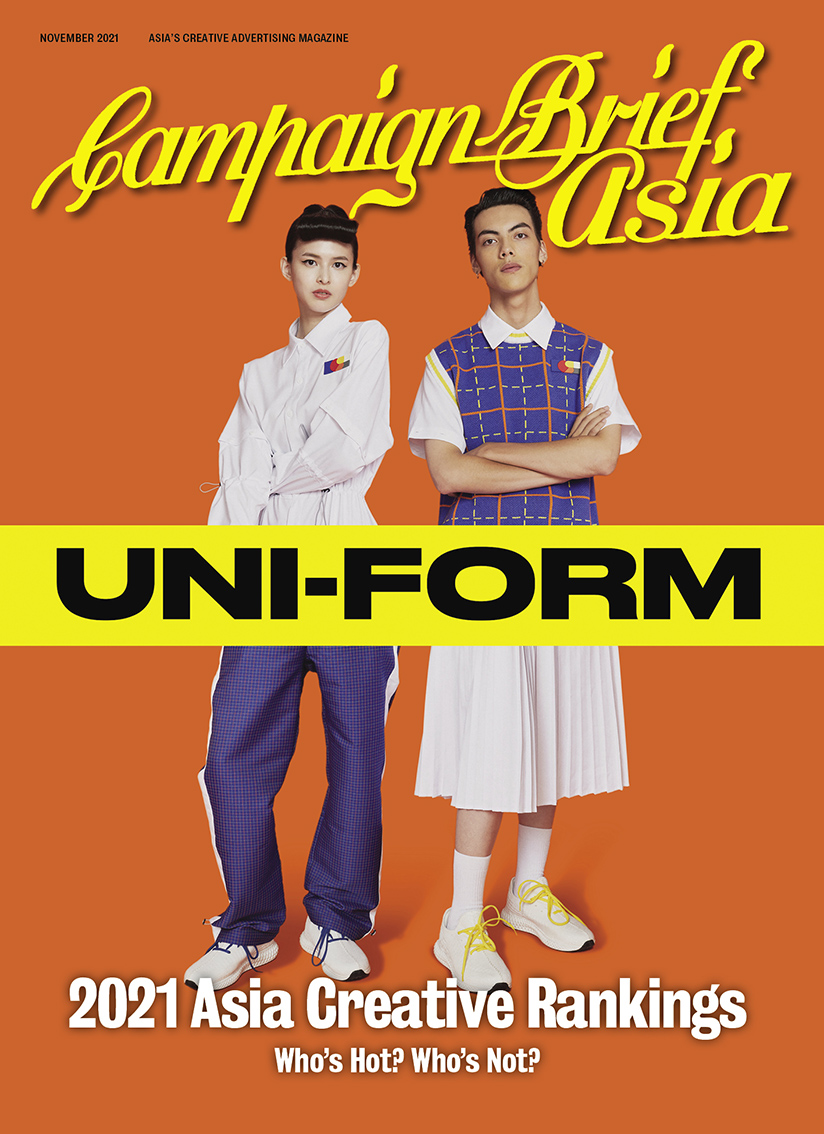