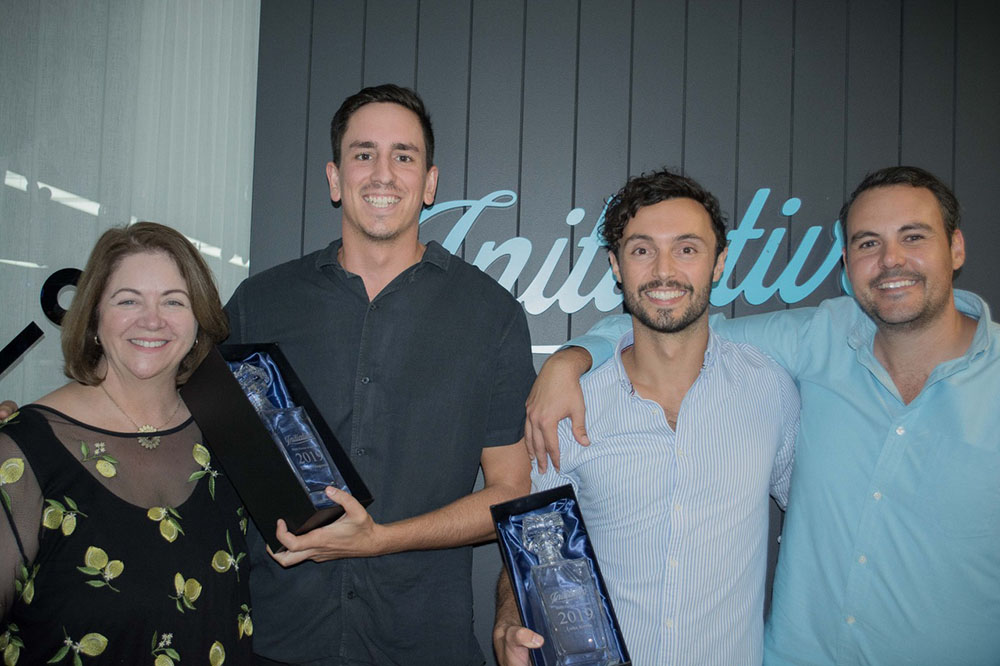 Nova Entertainment’s Luke Kevin and Harry Fitzgerald have been named Initiative Perth’s Media Partner of the Year for 2019.

The Media Partner award program, created by Initiative and now in its seventh year, culminates in a fun event for the industry where the agency recognises exceptional efforts and services provided by media representatives in WA.

“We truly value the exceptional work our media partners do for us and our clients and we are unwavering in our commitment to being the best media agency they collaborate with,” said Luke O’Sullivan, Managing Director of Initiative Perth (pictured far right). “The Media Partner Award, and the larger function itself, is a thank you from the entire Initiative team to show our gratitude to the smart, challenging, market-leading work that the media industry does.”

O’Sullivan said Kevin and Fitzgerald’s collaborative, forward-thinking approach plus a willingness to go above-and-beyond saw them take out the award for 2019.

“Luke and Harry are top rate media operators and a pleasure to work with. Their proactivity and positivity have led to some of the agency’s proudest work this year and their continued commitment to go the extra mile (literally) has produced some fantastic campaign results for our clients.”

“Harry and I are incredibly humbled by this award,” said Kevin. “It’s easy to do great work when you partner with such an amazing team at Initiative, and we love collaborating with them each and every day. Thanks again to Luke, Judi and the whole team and we look forward to continuing the great relationship together in 2020 and beyond.”

The 12 monthly winners were treated to a ‘Hip Hop Masterclass’ accumulating in a dance off that’ll go down in WA media industry folklore – watch out OASIS Ball dance floor. They then joined over 130 of West Australia’s key media partners as the team at Initiative expressed their thanks for another successful year.