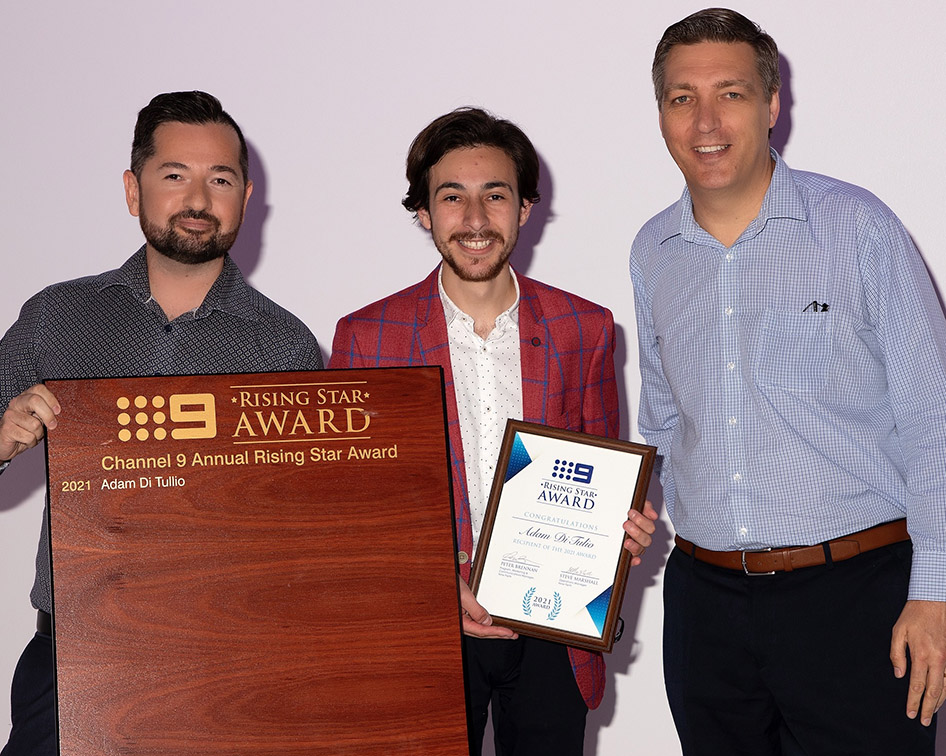 Furthermore, his overall dedication and commitment to his studies and positive collaborative nature with his peers, earned him the award which included a $1,000 cash prize and his name on the ECU trophy board.

A selection of these project feature stories from ECU’s Post Graduate Diploma of Broadcasting students will air in a TV special, “Inspiring Perth Influencers” on Sunday, December 5 at 4.30pm on Channel 9.

Hosted by 9News Perth Reporter and ECU graduate, Kelly Haywood, the 30-minute program will showcase an array of student’s heart-warming and inspirational stories with a hyper-local focus, with the feature from Nine’s Rising Star Award winner Di Tullio, leading the program.

Nine Perth will continue its commitment to supporting the new generation of aspiring media professionals, partnering with ECU’s Post Graduate Diploma of Broadcasting for a sixth year in 2022.