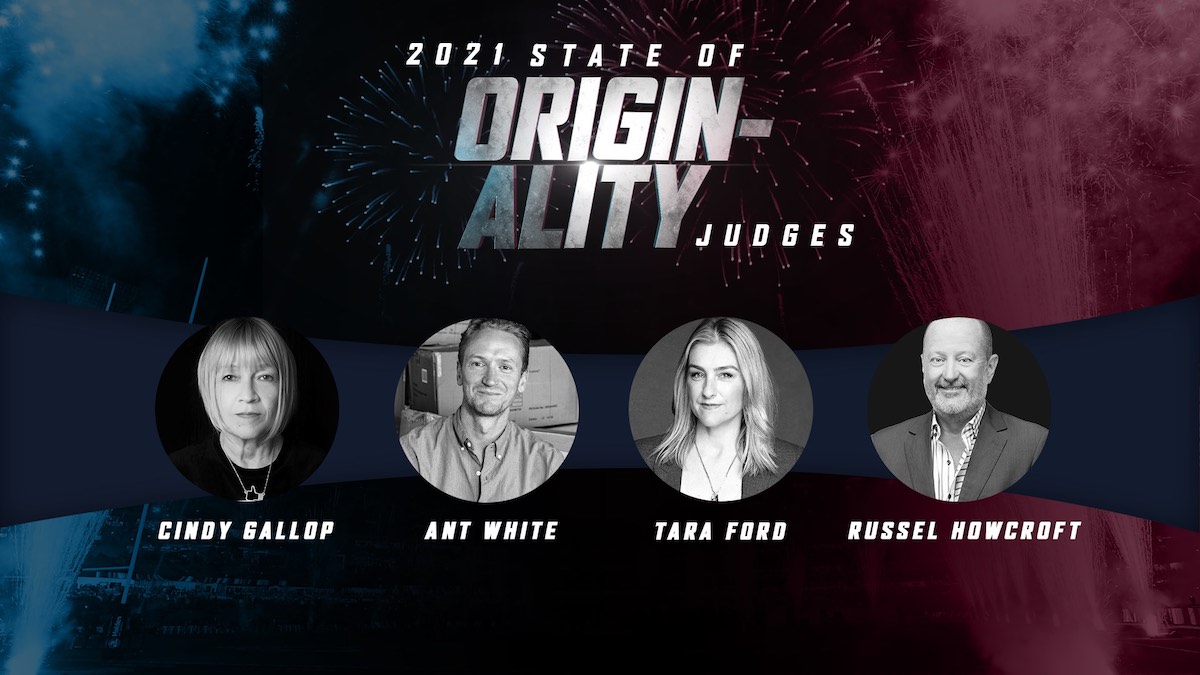 The 2021 State of Originality, launching in June, will be overseen by a judging panel that is match-fit for the size of this challenge to the country’s advertising communicators: Australia’s most awarded creatives, Tara Ford, CCO of The Monkeys; Ant White, CCO from newly minted agency Howatson+White; former adman, Gruen panelist and 3AW Breakfast co-host Russel Howcroft; and globally acclaimed disruptor, former CEO of BBH, founder of MakeLoveNotPorn and all-round advertising legend, Cindy Gallop.

Announced at Nine’s Upfront last September, the winning campaign will take home much more than a trophy – there’s $1 million in advertising inventory up for grabs across Nine’s leading television, radio, digital and print assets.

Nine has also confirmed that the final judges would be the Australian viewing public, with 20 per cent of the voting going to votes cast via the Wide World of Sports website.

Says Liana Dubois, director of Powered: “America’s Super Bowl ad breaks really took off with Apple’s blockbuster ‘1984’ ad. Australia now has the opportunity to create its own moment in time for brilliant advertising to shine.

“2020 challenged us all and yet we play on. This is Nine’s way of now encouraging and rewarding big, bold creativity – the way we differentiate brands. The State of Origin is our Super Bowl moment, where Australia comes for the game and stays for your ads.

“The winning work will not only capture the hearts and minds of millions of Australians but also have one of the great launchpads for a campaign that any brand could hope for.”

Says Tara Ford, chief creative officer, The Monkeys, and board member of the Advertising Council of Australia: “This is going to be super-interesting.  I hope to see some truly bold and entertaining work, fitting of such a unique challenge.”

Says Ant White, chief creative officer at Howatson + White: “It’s a good time for Australian advertising. Clients and brands seem to have come out of the last 12 months with a newfound and much needed ambition to stand out again. Stand for something. Entertain people again. I’m looking forward to seeing what comes out at this year’s games.”

Says Russel Howcroft, 3AW Breakfast presenter: “There’s nothing more important than big ideas for Nine to invest in. An initiative like this can only be brilliant for the creative and client world. I am so excited to be involved.”

Says Cindy Gallop, founder of MLPN: “I’m thrilled to be judging the State of Originality, because I see a huge opportunity for State of Origin to match the US Super Bowl in an advertising context – because of, literally, originality. Australia has the opportunity to set the agenda for a new post-pandemic standard of innovative, disruptive creativity in a world and an advertising industry where everything’s changed, and I can’t wait to see the entries that will define the new world order of creativity.”

For full terms and conditions on the State of Originality competition go here.