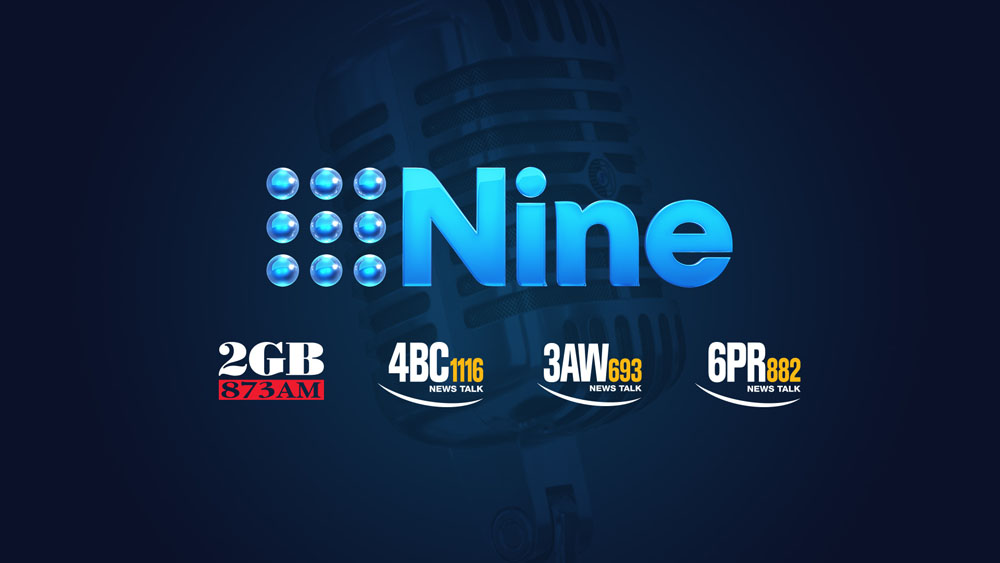 Nine has confirmed it will drop the name Macquarie Media for its radio division in favour of the call signs for stations 3AW in Melbourne, 2GB in Sydney, 4BC in Brisbane and 6PR in Perth, while badging their news bulletins under the 9News brand.

The group’s wider radio division will be known as Nine Radio.

“Across Melbourne, Sydney, Brisbane and Perth we have four famous brands in 3AW, 2GB, 4BC and 6PR and this move sees us looking to move them front and centre at the heart of the each of the cities they serve,” said Tom Malone, Nine’s Managing Director – Radio.

Nine’s Director of News and Current Affairs, Darren Wick, said the expansion of 9News would consolidate its place as the leader in news and current affairs across television, radio and digital throughout Australia.

“9News is a trusted household name across Australia and this move sees us extending that brand across all broadcast news,” Wick said.

“The television and radio news teams across all states have already been working hand in glove for the past few months. In now branding our radio bulletins with 9News we are simply giving Australians the signal that they can rely on us to stay up to date, wherever they are and regardless of the platform.”

The Macquarie Media brand will be phased out over the coming months. Nine News radio bulletins have already transitioned to 9News.