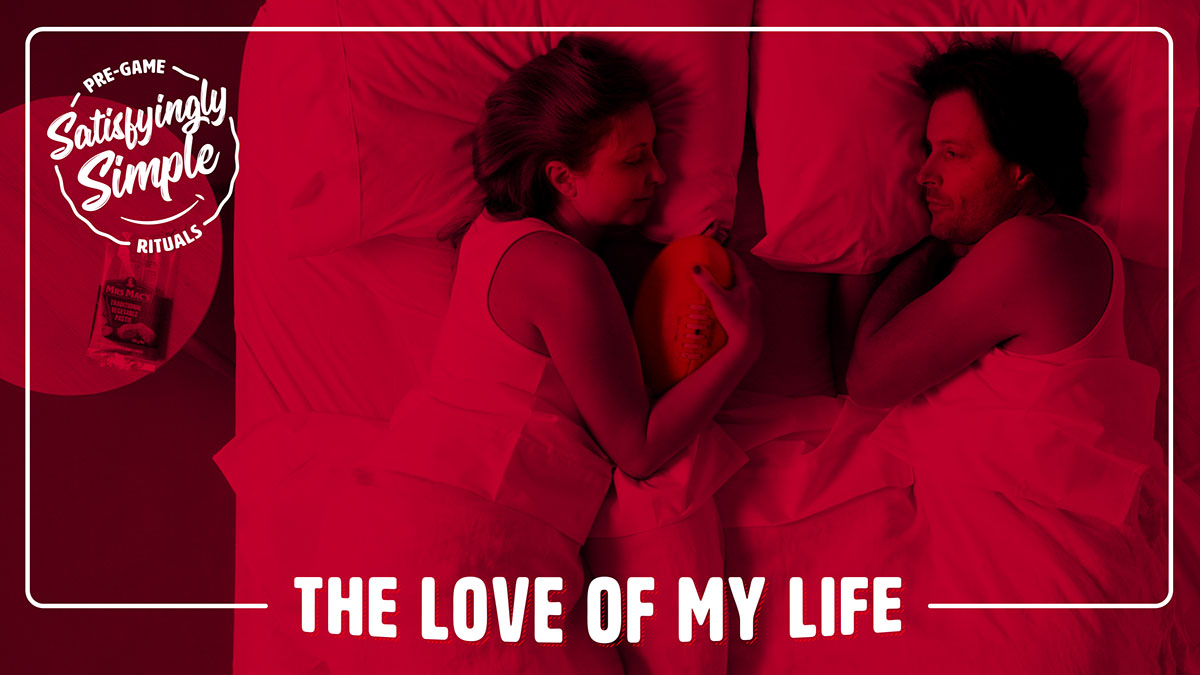 With the footy finals upon us, and the Ashes series in full swing, Mrs Mac’s is launching a new national social campaign celebrating sports fans and their obsessive pre-game rituals.

Created by Firefly360, the campaign showcases a series of entertaining and humorous pregame sports rituals that capture how obsessed the nation becomes at this time of year.

Enlisting the talents of local actor Dan Paris, well-known for his role as Drew in Neighbours, the campaign highlights five types of pre-game rituals and the fanatical fans behind them. The video series includes My Lucky Pair, Our Secret Handshake, My Game Face, My Season Beard and will launch with The Love of my Life.

Firefly360’s creative director Adam Graveley said: “The new campaign is built upon the strategic platform that Mrs Mac’s ‘is the simple solution to satisfy your hunger’ expressed creatively through ‘Satisfyingly Simple’.”

“We’re launching the Satisfyingly Simple campaign with Pre-Game Rituals, a series of entertaining videos showing the obsessive sports fan and the love they have for their favourite game. It’s a playful reminder that the simplest ritual of all is to enjoy a Mrs Mac’s whilst watching the footy.”

A recent study by Roy Morgan shows 9.4 million Aussies (~47% of Aussies) love a pie so it’s more than a pastime, it’s an obsession. If you’re an AFL supporter 57% of fans love a pie and/or pastie and if you are a financial member of a club or are at the game this increases to 60%.

“The idea that our pie lovers crave something simple, yet satisfying is a key pillar to our marketing communication,” she said. “We know sport is a big motivator of pie consumption. We believe this new platform, Satisfyingly Simple, provides an opportunity to evolve our pledge around quality. This starts with sports but will also tell the wider story around how we ensure quality though our carefully selected suppliers, ingredients and processes.”