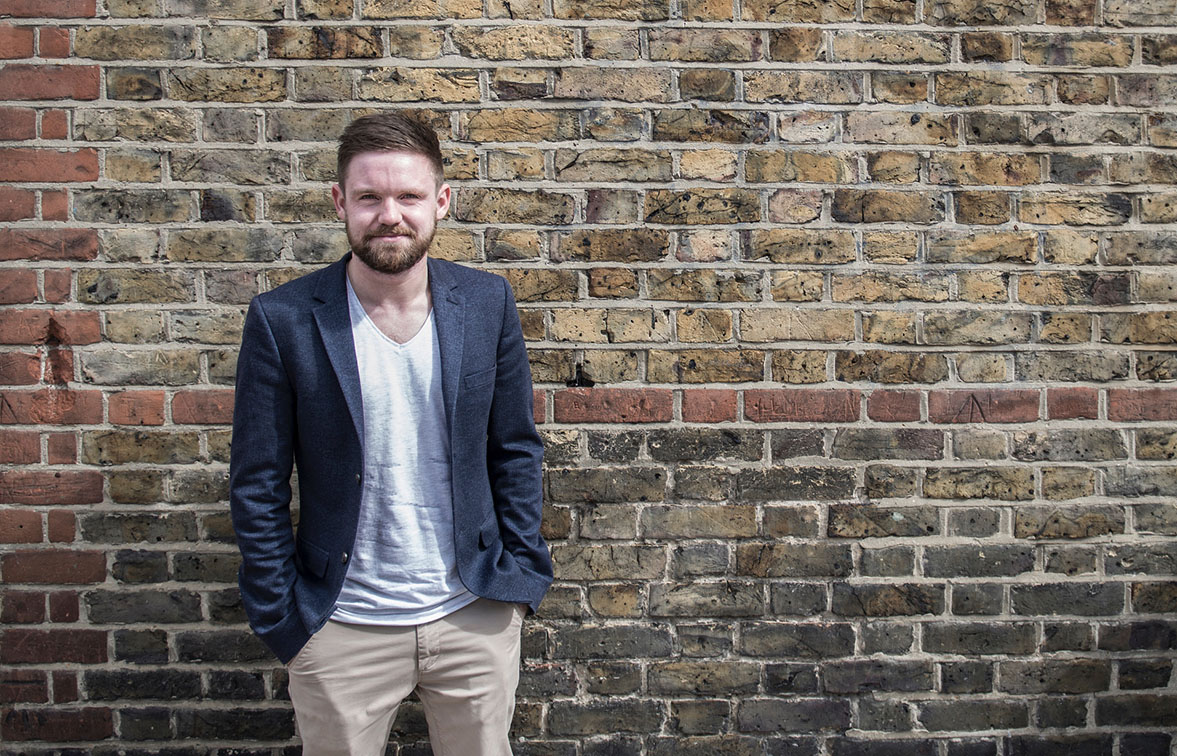 Prior to returning home to Perth to launch Moonsail, Matt Nankivell worked as the Global Head of Art on the huge Dove account at Ogilvy London. Dove has consistently created great global campaigns and last year was no exception with the release of the award winning Dove “Reverse Selfie” campaign. Campaign Brief spoke to Nankivell on the background to the campaign, his involvement and the learnings he has brought back to Perth.

Since 2004, Dove has famously highlighted the toxic effects of the beauty industry, helping build the self-esteem of women and girls the world over, starting with the iconic Campaign for Real Beauty. Since then, some of the most celebrated advertising campaigns in recent times have come from the ongoing partnership between Dove and Ogilvy – a relationship that is now almost 70 years strong.

In the 2006 campaign “Evolution”, Dove talked about the dangers of digital distortion in advertising and mass media. 15 years later, those dangers are now in the hands of every girl on social media.

This lead to Dove conducting a study, and found that by the age of 13, 80% of girls have used a digital app to distort themselves, having devastating effects on their self-esteem. This has even been linked to a rise in teen suicide and development of conditions such as ‘Snapchat Dysmorphia’ – the idea that you would be willing to undergo permanent physical alterations to your appearance, to look close to your ‘filtered’ self. Lockdowns and time alone on screens during Covid has only exacerbated this issue further.

Nankivell explains it was this insight that lead the agency to create the ‘Reverse Selfie’ campaign – using real girls who had previously manipulated images of themselves to appear differently online, showing the stark contrast between what we see online, and the sobering reality behind the façade.

Nankivell’s role at Ogilvy was not only working with the network’s creative team and the global Dove client teams in New York & London to push the art direction, concept & executions for this campaign, but also overseeing other major Dove masterbrand & product campaigns to ensure consistency in style and quality of art direction across the board.

He said pre-cursor to this was helping develop the new Dove global brand platform “Let’s Change Beauty”, taking Dove from a brand that simply comments on unrealistic beauty standards, to a company that actively fights for change against toxic beauty. It reflected the real-world change Dove was making, such as passing laws in the US to eradicate discrimination against natural hair (The Crown Act), partnering with Getty Images to create the first truly real and diverse stock library for advertising (project ShowUs), and perhaps most prominently, the Dove Self Esteem Project – the world’s largest education platform for self-esteem, having helped over 70 million young girls.

“‘Reverse Selfie’ was the first moment Dove launched this new brand platform to the world, pointing girls and mums to download a Social Media Confidence Kit developed by the Dove Self Esteem Project,” said Nankivell. “In launching this new brand platform, we needed to ensure the visual style and art direction of the brand matched the actionist behaviours and intension of the brand, across both purpose and product work. For the first time in over 20 years, this meant new fonts, colours, photography approach, and every visual element of the brand, moving from light & passive, to more bold, energetic and impassioned, whilst respecting the iconic style of the brand.” 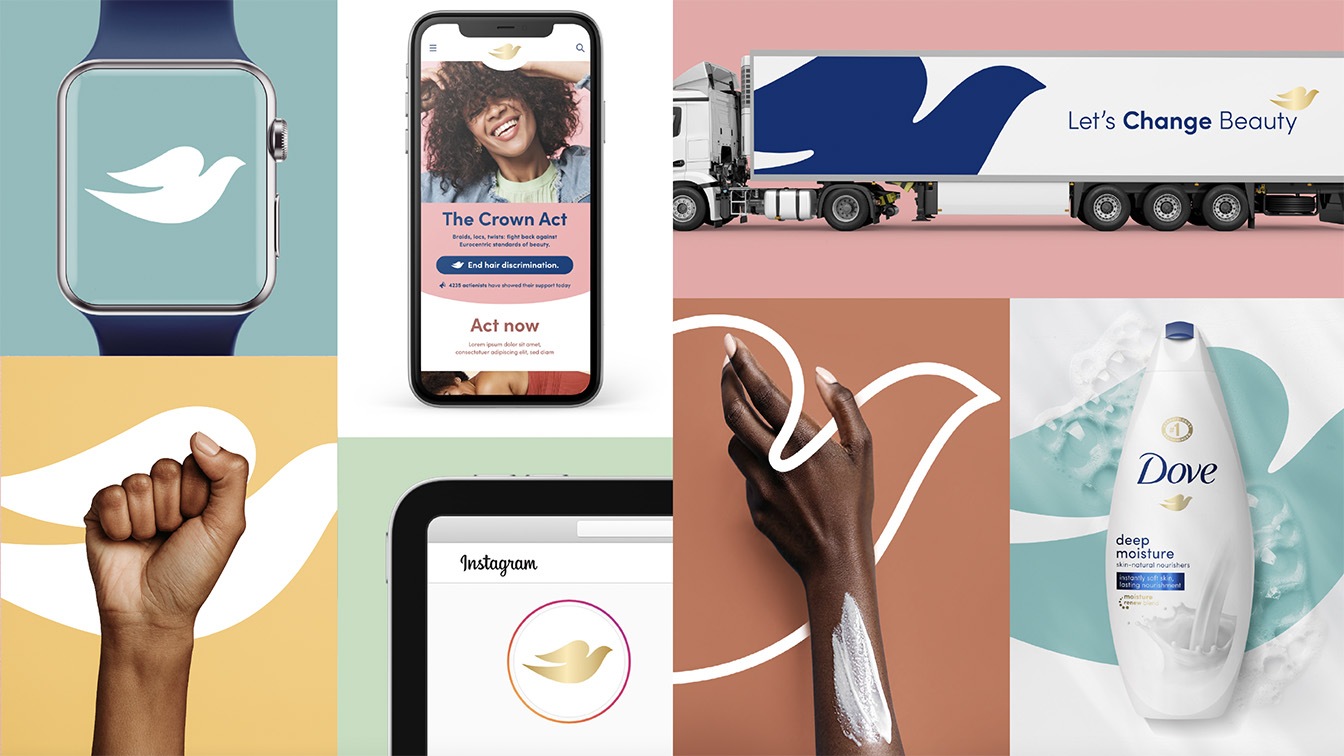 ‘Reverse Selfie’ was widely successful, being talked about on dozens of news outlets and shared in almost every part of the world. It was also endorsed and amplified by body-positive superstar ‘Lizzo’, ultimately reaching 6 billion impressions globally and due to the nature of the campaign naturally dominated social channels, engaging with over 66 million TikTok users alone, with the #NoDigitalDistortion challenge as an extension to the campaign. This lead to a 4000% increase in downloads of Self-Esteem toolkit downloads.

It was recognised as the #1 most watched ad in 2021, the best social campaign of 2021 by Drum, and the #2 most watched film ad of 2021 by Campaign Magazine. It was recently awarded Gold at the US Effies.

So what is it like working on a mammoth brand like Dove, where at any one time, they have hundreds of ad campaigns running in various markets around the world.

“With a brand of this magnitude, not only do you need to ensure consistency of strategy, messaging & visual language in every market, but when concepting on global campaigns you need to keep your insights and ideas so simple and so universal that they resonate with people in all of these cultures across the globe, whilst also feeling personal enough that it touches their hearts,” said Nankivell.

“Learning to think in this way was a huge learning experience, and something I carry with me back to Perth. In particular, this discipline of brutal simplicity with nuanced cultural considerations is something that now translates into all of our client work at Moonsail, whether global, national or local.

“Over my time in the UK, I also was lucky enough to work across the global & UK teams for many other iconic brands such as Formula 1, Sumsung, Hellmann’s, Coca-Cola, British Airways, Amazon Prime, Facebook, Google, Airbus, Bill & Melinda Gates Foundation and many more. I’m enjoying now getting to apply this experience across these many sectors to our clients at Moonsail, adding value and perspective I would otherwise not have.

“At the core of all of these brands is the idea that each of them doesn’t just sell a product or service, but permeates society in a much bigger way, giving them huge cultural value and massive commercial success. Dove is the ultimate example. What was once a soap company, is now the most powerful beauty brand on the planet – a global social movement creating real change, and a $10 billion empire in over 76 product categories – all driven by its shift towards a higher-level brand purpose that connects with people in a meaningful way.”

“It’s this type of globally-minded thinking we look to bring to each of our globally-minded Moonsail clients, whether that be an Aussie brand with global ambitions, an international brand looking to break into the Aussie market, or simply a world-class product, innovation or service that deserves to grow and succeed.

“Finally, the silver-lining to Covid over the last few years was the proof that you can work from anywhere for a client that is anywhere in the world. For almost 2 years over lock-down in London, I worked with clients and teams in New York, LA, Chicago, São Paulo, Paris, Rotterdam, Mumbai, Montevideo and Warsaw just to name a few – all from my humble London flat. The way we see it at Moonsail – there’s no reason why we can’t do the same from Perth, and build an exciting, ambitious global client base from our lovely corner of the world.”