The GABS Hottest 100 Craft Beers Poll; more than just the biggest Craft Beer poll in Australia, it also brings out the best in Australian beer marketing.

As Aussie brewers hit the campaign trail to remind craft beer lovers why their brews deserve the top spot in this year’s competition, Gage Roads was ready to sway the voters by introducing the leader of the Gage Roads Party, Prime ‘Tinister’ Finn Singletin.

“Single Fin continues to go from strength to strength each year, so we’re gunning for a well-deserved #1 for 2022” said Gage Roads Brand Manager, Mimi Crompton. “Campaigning for votes can be boring. We aimed to make something good-spirited and fun, that matches the energy of Gage Roads.”

Played by the amazing and eccentric Andre Lissiman, Finn Singletin was conceived by MITP Agency as a creative and fun way to capture the audience vote and imagination through a content series that played with the tropes of political campaigning, releasing follow-up content that evolves the beer-based politicking in the lead up to the winner’s announcement.

While MITP were on set filming the Finn Singletin series, NSW brewer Young Henry’s released their own marketing for GABS that used a similar political campaign concept. Thinking on the fly, Gage and MITP decided to seize the opportunity and lean into the political-opposition concept to create some fun between the two breweries. After releasing paparazzi-esque footage of Finn Singletin disparaging the Newtowner can-didate, the tongue-in-cheek rivalry had ignited and Young Henry’s were soon issuing their response.

“Luckily, we were still on shoot when Gage Roads told us about the Young Henry’s content. The team called and asked if we can get anything to play off their video to take the friendly competition and great beer banter further” said MITP Head of Production, Courtney Dagasso. “Working closely with Gage and the hilarious Andre allowed us to think on our feet and get some fun, organic & cheeky content to throw back at Young Henry’s”

Expect to see more from Finn Singletin and the ‘Vote Single Fin For The Win’ campaign in the lead up to the announcement of the 2022 GABS Hottest 100 Craft Beers on Saturday, 28 January. Participants also enter the draw to win a share of $5,000 in GABS prizes, so cast your vote for Single Fin before voting closes on Friday 20 January here. 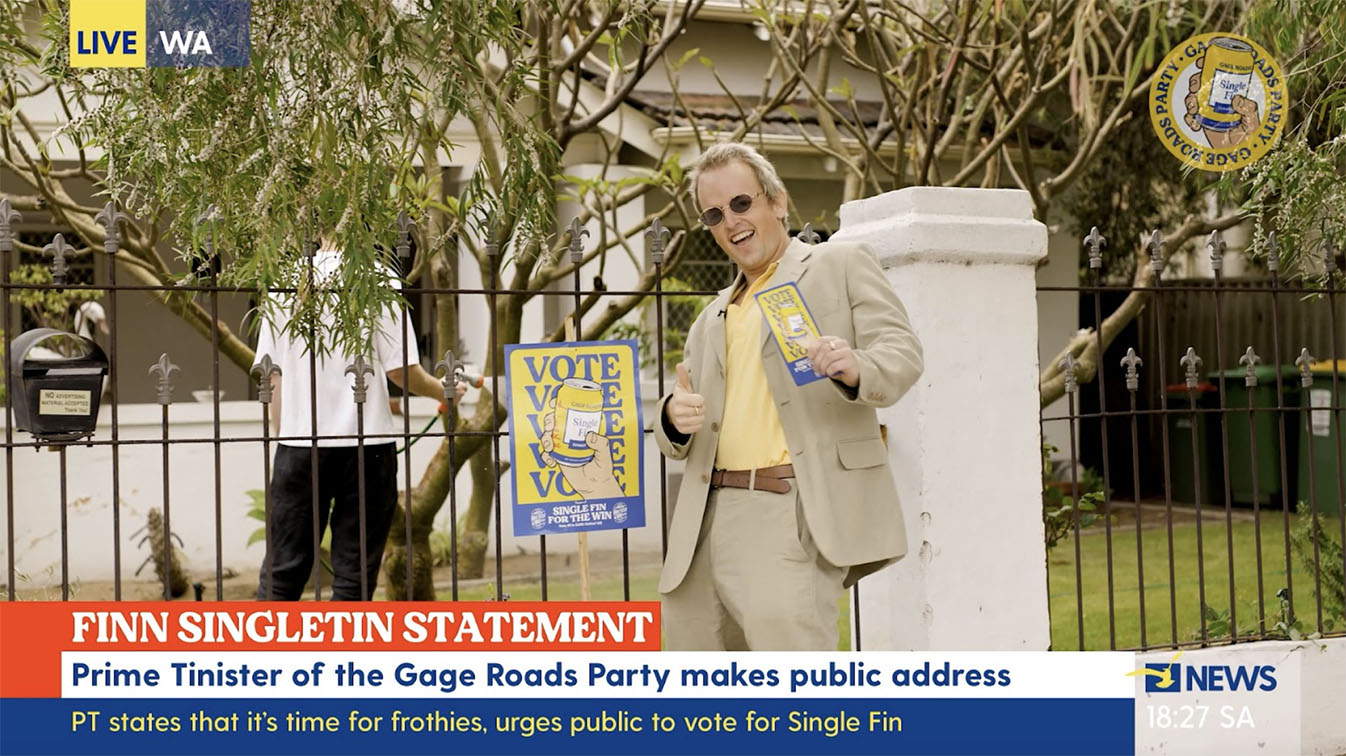 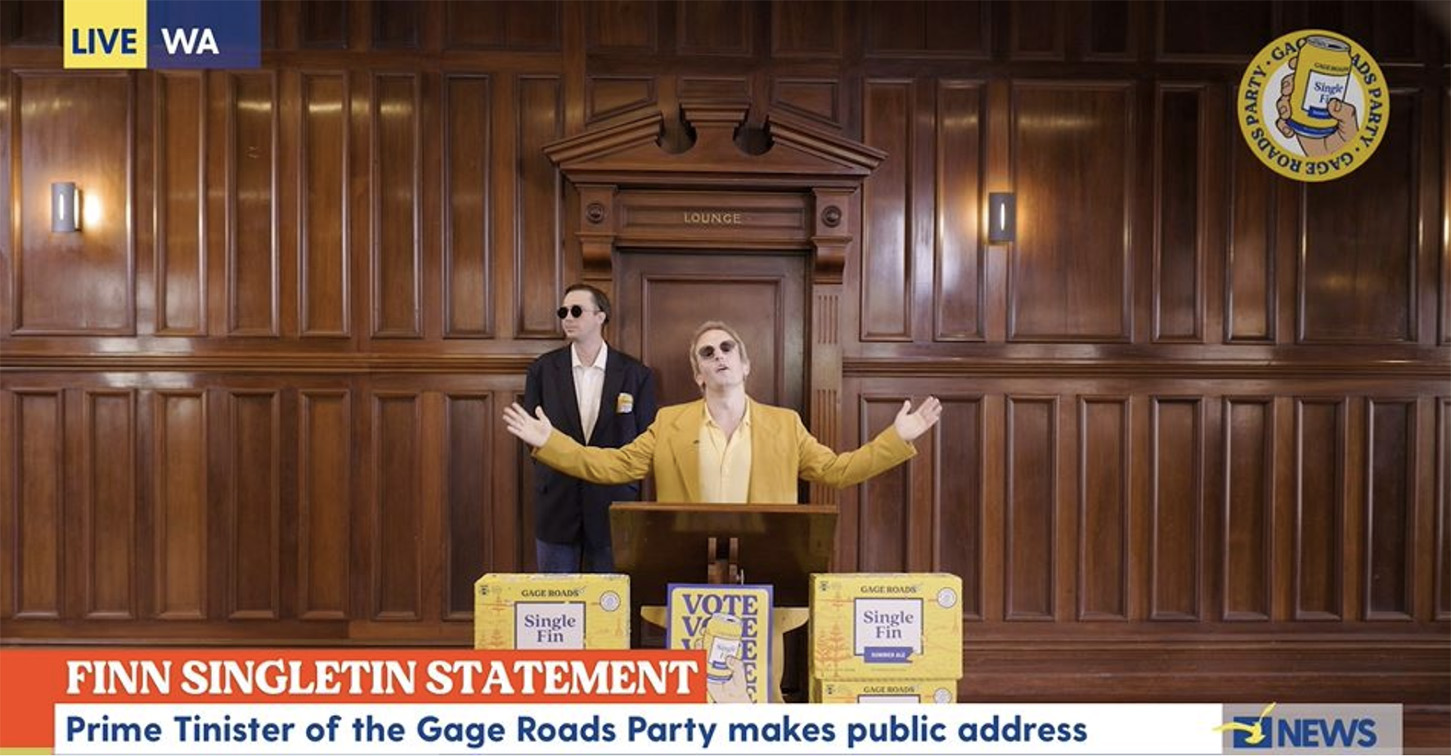 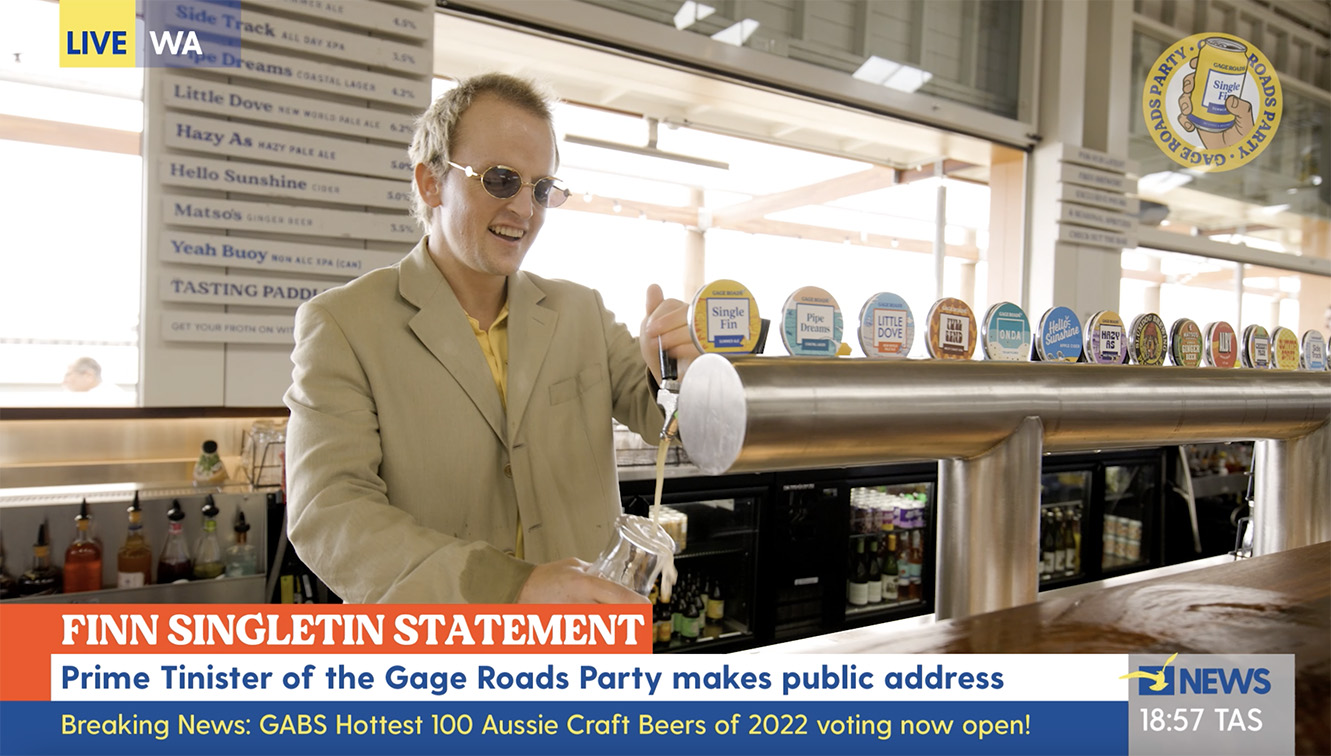