Australians woke this morning to find major news outlets censored, with the front pages of newspapers across the country including The West Australian heavily redacted – a bleak warning of a future where laws continue to erode media freedom so that governments can cover up information from the public.

Australia’s leading media organisations have come together to defend the growing threat to every Australian’s right to know about information that impacts their lives. The campaign involves every major media outlet across the country and includes advertising across print and digital, radio and television advertisements which kicked off last night – with the potential to reach every adult Australian.

The campaign, created by Visability, shines a spotlight on the continued threats to media freedom, which hinder attempts to hold powerful people and organisations to account by intimidating and harshly punishing those who dare to speak out, often when they have nowhere else to turn.

The move aims to push the Federal Government into lifting its veil of secrecy. It follows the passing of about 75 laws related to secrecy and spying over the past two decades which effectively criminalise journalism and penalise whistleblowing, even when they reveal wrongdoing or important information about decisions the government is making. This is information that Australians have a right to know[1].

New research reveals that 87 per cent of Australians value a free and transparent democracy where the public is kept informed. Sadly, only 37 per cent believe this is happening in Australia today [2].

While the government withholds information relating to aged care abuse, proposed new powers to spy on ordinary citizens, and the terms of land sales to foreign companies, Australians believe these are matters they absolutely have a right to know about.

This includes 81 per cent who are concerned that there are thousands of complaints about aged care homes that the government won’t share with the public. They’re also worried that the government is becoming less transparent on key public issues including the misuse of personal data, public funds spent on political campaigns, immigration and climate change.

The campaign comes after Australian Federal Police raids on the ABC and the home of News Corp journalist Annika Smethurst back in June. Both media organisations are still awaiting the outcome of those raids, including confirmation of whether the targeted journalists will face prosecution.

“We’ve seen the public’s right to know slowly erode over the past two decades, with the introduction of laws that make it more difficult for people to speak up when they see wrongdoing and for journalists to report these stories.

“No one is above the law but something in our democracy is not working as it should when we fail to protect people acting in the public interest.”

Hugh Marks, CEO, Nine Entertainment said: “This is not just about police raids of journalists’ homes and our nation’s newsrooms. This is much bigger than the media. It’s about defending the basic right of every Australian to be properly informed about the important decisions the government is making in their name.”

Michael Miller, executive chairman, News Corp Australasia said: “Australians should always be suspicious of governments that want to restrict their right to know what’s going on.”

Three-quarters (76 per cent) agree that journalists should be protected from prosecution when reporting in the public interest. They also want stronger protections for whistleblowers, with 88 per cent say those who call out wrongdoing play a vital role in society.

This includes Richard Boyle, who spoke out about the Australian Taxation Office’s ability to take money out of people’s bank accounts without their knowledge. He now faces six life sentences if found guilty of all 66 charges and describes events of the past year as hellish.

The media coalition seeks legislative changes so journalists don’t fear imprisonment for doing their job. These would also force the government to weigh the public interest before applying for search warrants and launching prosecutions.

The reforms propose effective protection for those who speak out, ensuring there are systems in place to limit government secrecy. They continue to participate in government inquiries into press freedom and await the findings of these later this year, but are also calling on Australians to voice their concerns and stand up for their right to know.

People can tell the government to stop the secrecy by going to yourrighttoknow.com.au or including #RightToKnow in social posts.

On behalf of all media organisations, the group engages with the Australian public and government on matters of media freedom and fair access to information. 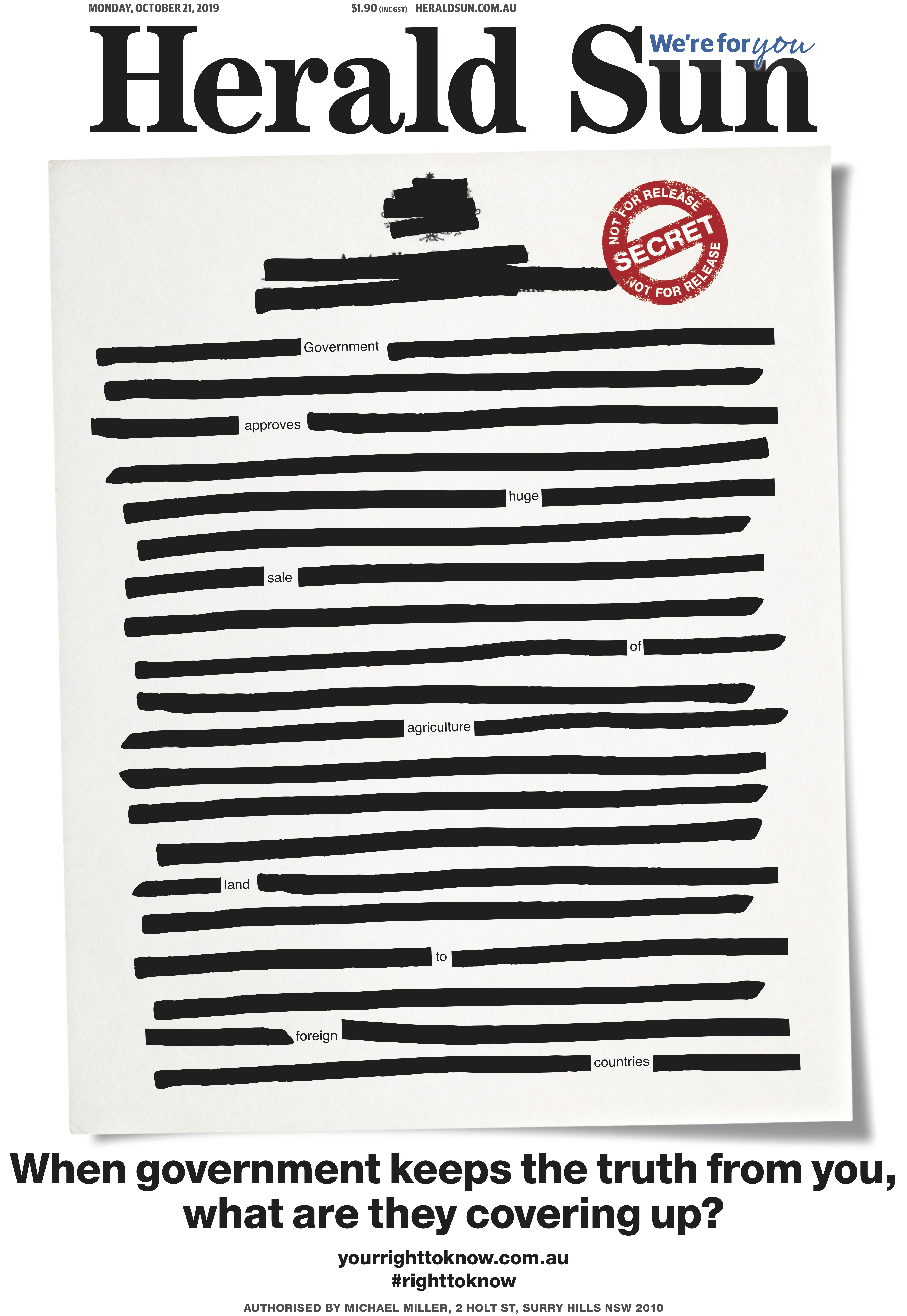 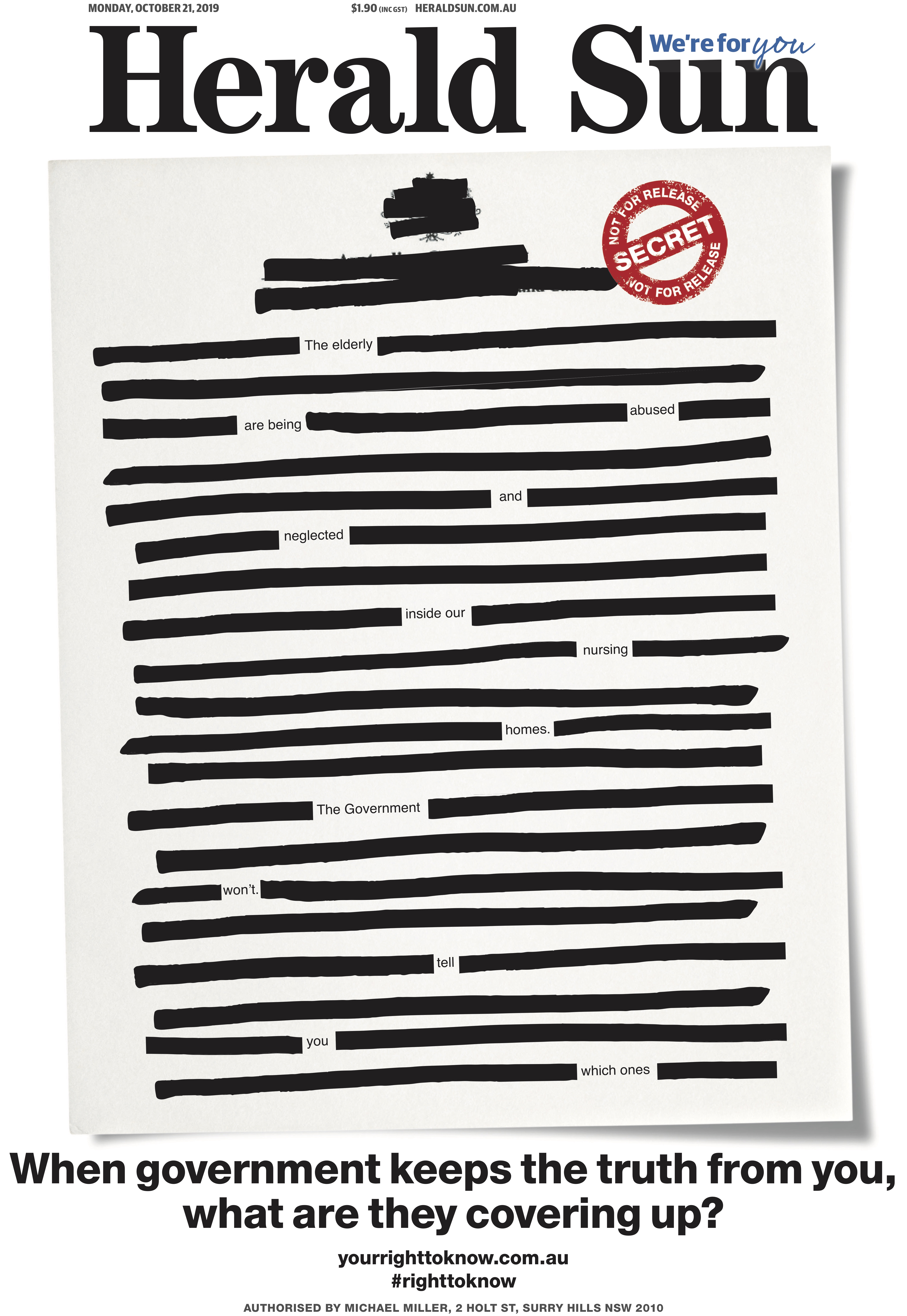 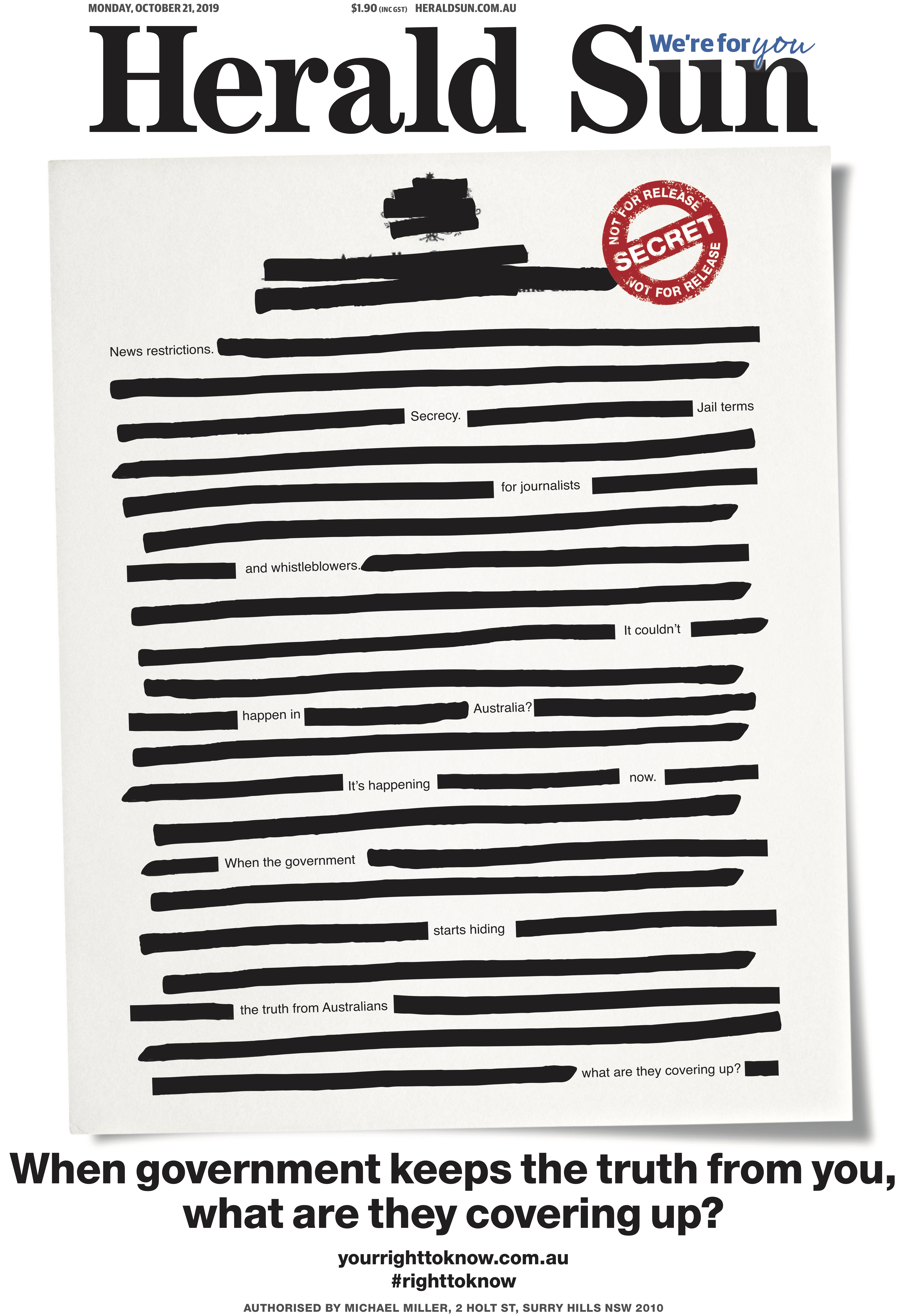 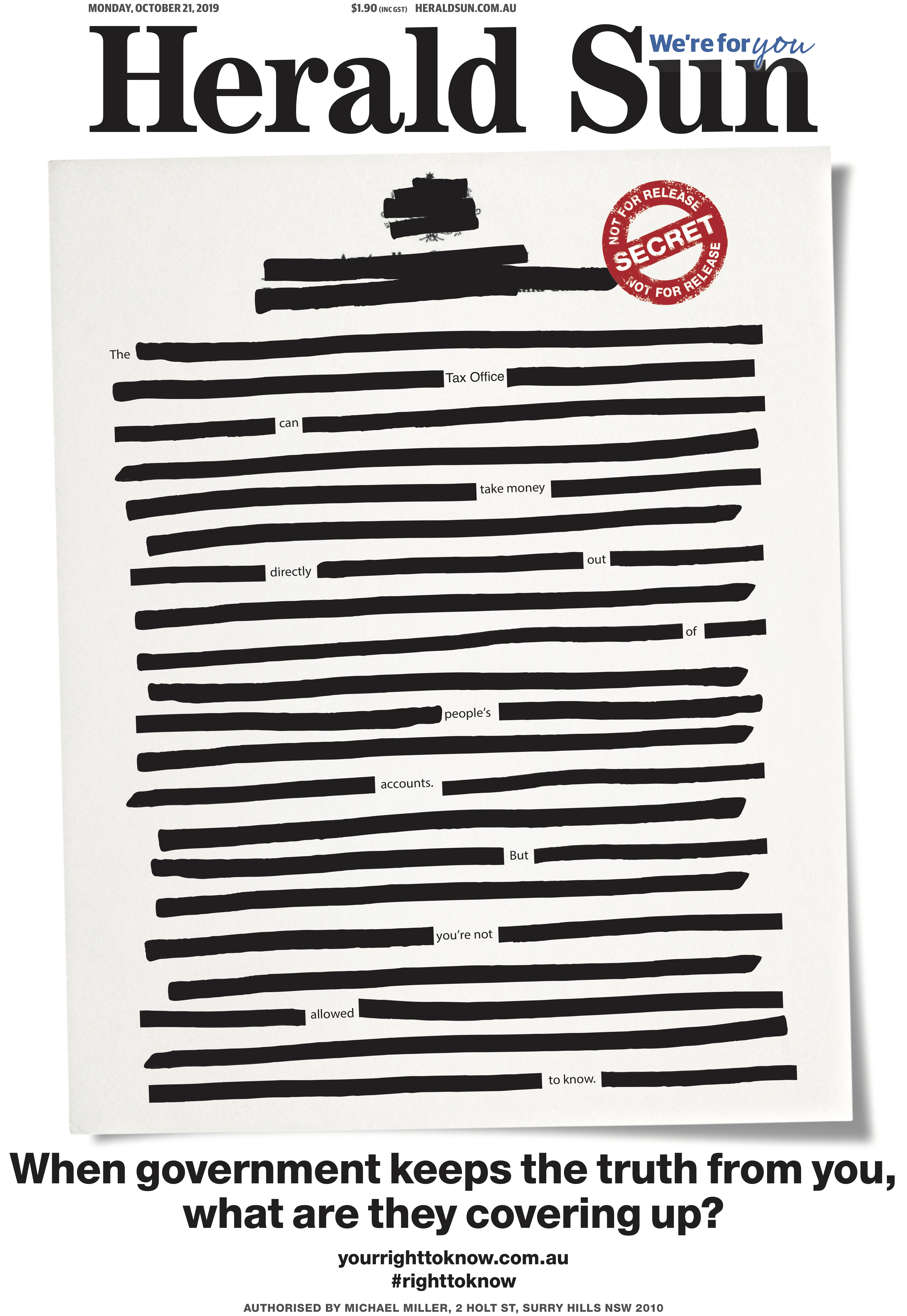 [2] Quantitative research was commissioned by the Australia’s Right To Know coalition of media agencies. It was undertaken by Colmar Brunton in October 2019 amongst 1,012 Australians and is nationally representative.