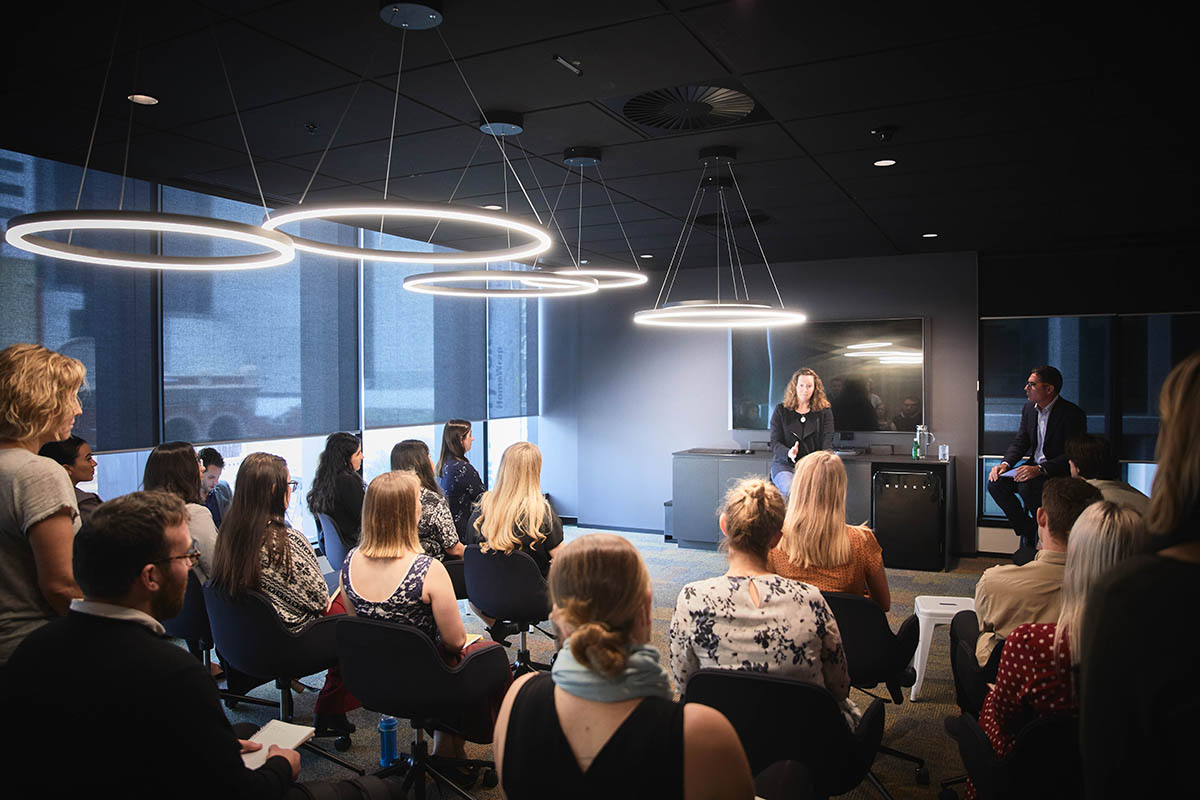 Major General Simone Wilkie (ret), previously the Australian Deputy National Commander in the war in Afghanistan during 2011 and 2012, was a special guest at The Brand Agency yesterday to talk about her views on leadership to the agency’s current and future leaders.

Major General Wilkie (ret), who was the first female commanding officer of the Royal Military College, Duntroon, spoke at length providing insight about her experience in both Iraq and Afghanistan, and its effect on her leadership style.

In 2014 Simone was appointed as a Commissioner of the Australian Football League, the governing body of Australia’s football code. In this role she was heavily involved in setting the strategy behind and launching the AFLW.

She shared her perspective on the future of women’s sport and the importance of encouraging participation and support from all segments of the Australian population.