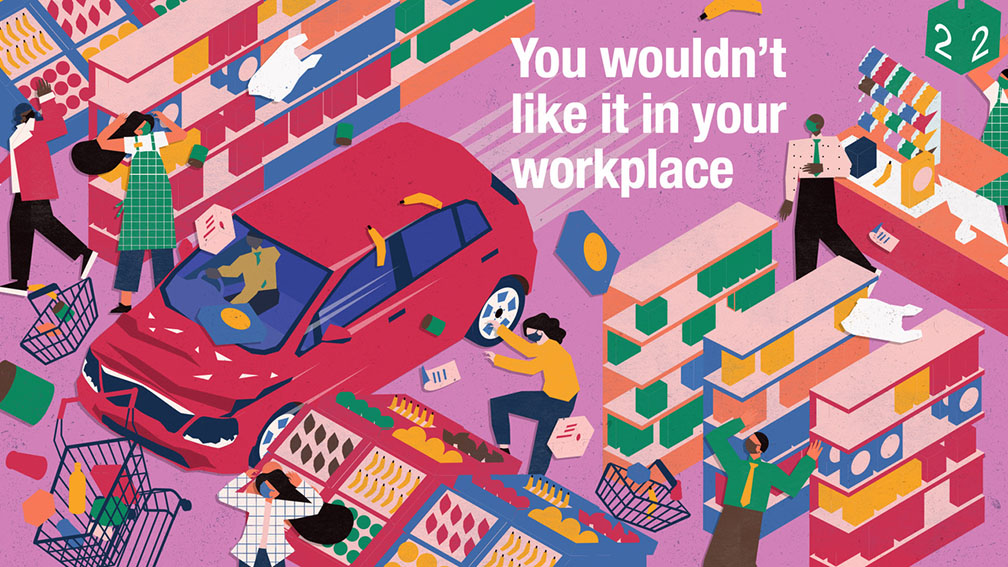 Every year, there are a concerning number of crashes, fatalities and near-misses around WA roadworks. Many of these incidents, caused by inattention, speeding or lack of care, are entirely avoidable.

So, Main Roads WA asked &Partners to develop a digital-first campaign, urging drivers to look up, slow down and take care. Specifically, the campaign aims to promote ‘empathetic driving’ by asking drivers to imagine the impact of people driving dangerously through their own workplaces.

The campaign features social, digital and digital audio. Each execution features vehicles driving through different workplaces: A supermarket, a bar and an office space.

A spokesperson at Main Roads said: “While the potential consequences for drivers are dire, it’s far worse for roadworkers who are often on foot and largely unprotected against moving vehicles. Careless drivers are putting these roadworkers in danger in their workplace, so the concept developed by &Partners feels particularly poignant. It will help drivers imagine how they’d feel if someone drove carelessly though their own workplace.”

Bryan Dennis and Dav Tabeshfar, Creative Partners at &Partners worked with Nick Gallagher at Cue Sound to create ‘visual’ soundscapes for each of the audio spots.

“The project was technically challenging and incredibly satisfying. It’s not often we get to ‘geek-out’ creating such intricate worlds for 30-second spots,” said Gallagher.

The social and digital animations were created by Cameron Murray. 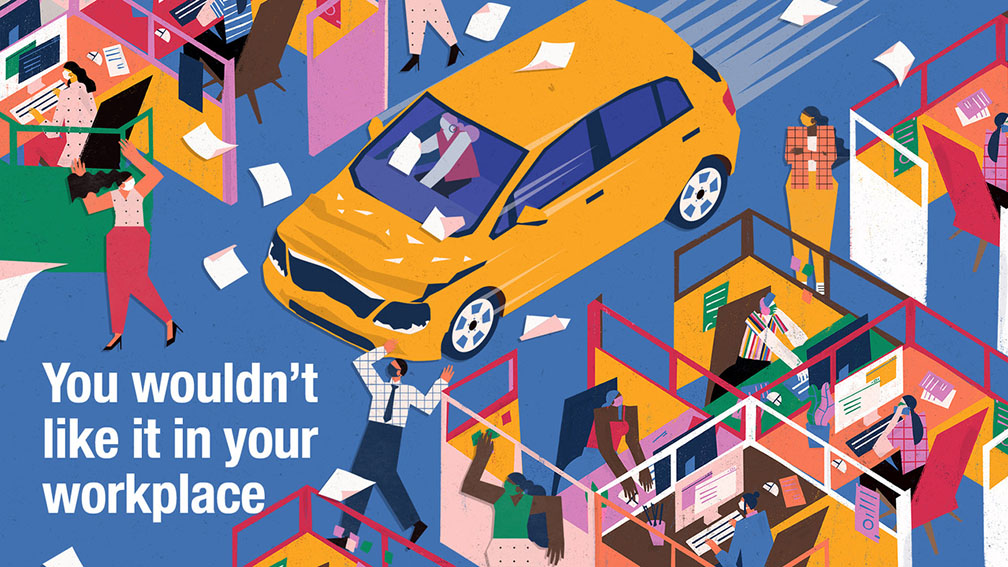 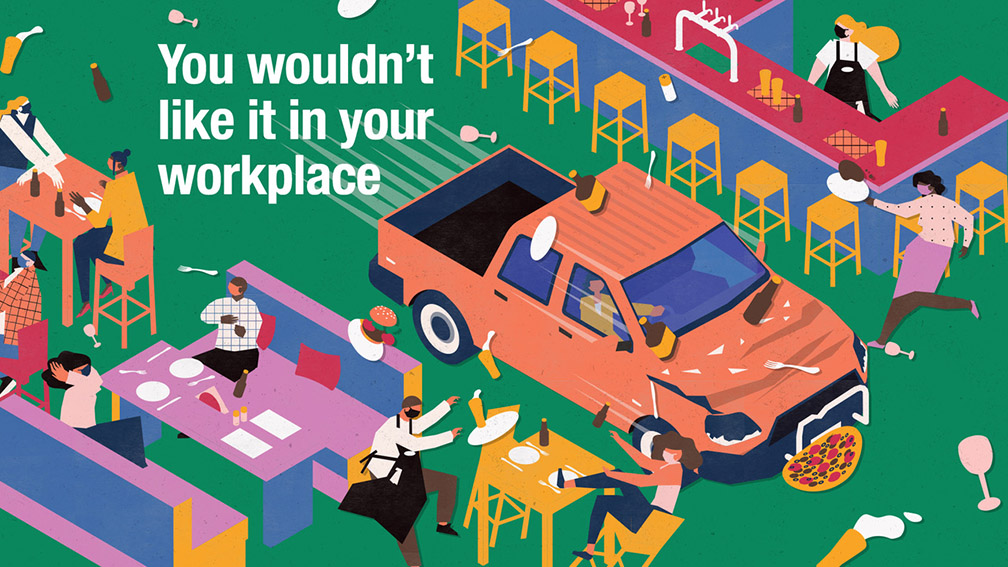