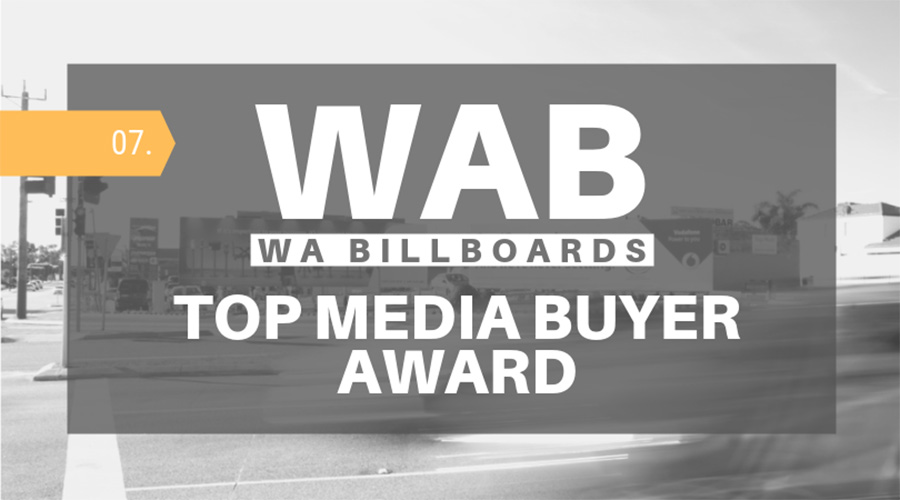 After securing a regional billboard campaign, Driscoll successfully won out against Anna Abrossimova from Carat.

“The race for first prize for July and August was extremely close, with only a few dollars separating some of the contenders in the top spots” said WAB director Kerry Robinson.

“The team at WA Billboards offer their congratulations to Luke and thank him for all his support”.

Since its inception this award has been embraced by media buyers across WA and has seen several recipients collect prizes in the form of gift boxes, sporting tickets and much more.