Starring Aussie rock icon and legendary raconteur Tim Rogers of You Am I and the Hard-Ons fame, the campaign kicks off with 6×75 sec radio spots set to bemuse and amuse drive time listeners across WA over the next month. The campaign leverages Tim’s wildly popular ‘Liquid Nights in Bohemia Heights’ show, with it being rebranded Bohemia Heights West for the duration. Social media content created by MITP Agency will run at the same time in support of the radio.

AT Creative Director, Andrew Tinning, said: “When Liquor Barons GM Chris O’Brien first floated the idea of using Tim Rogers, we all agreed he was a great embodiment of the unique and irreverent brand personality we’ve established over the past 5 years or so. Plus, being a West Aussie born, bred and buttered in Kalgoorlie made it even better!

“What was needed was a context, and the new Wines, Beers & Independent Spirit platform was the answer.”

Liquor Barons, General Manager, Chris O’Brien said: “As a 100% West Aussie co-op, Independent Spirit is at the core of the Liquor Barons brand and it’s what sets us apart from our cookie cutter competitors. Having spent the last couple of years establishing our ‘legit local’ credentials, it was time to review our positioning. And this new direction opens the door to an exciting next stage for the Liquor Barons brand.” 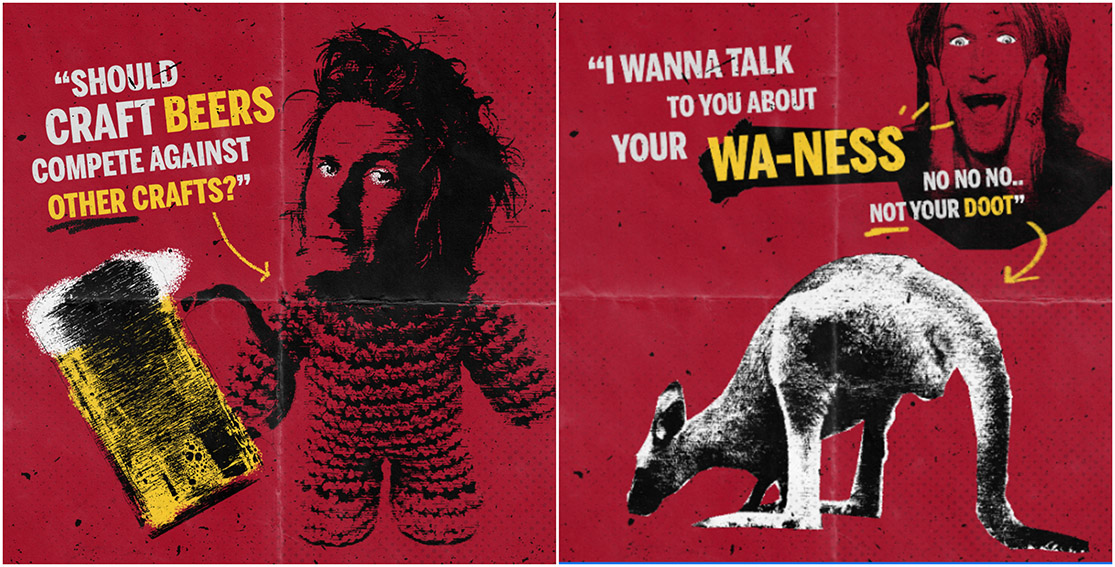