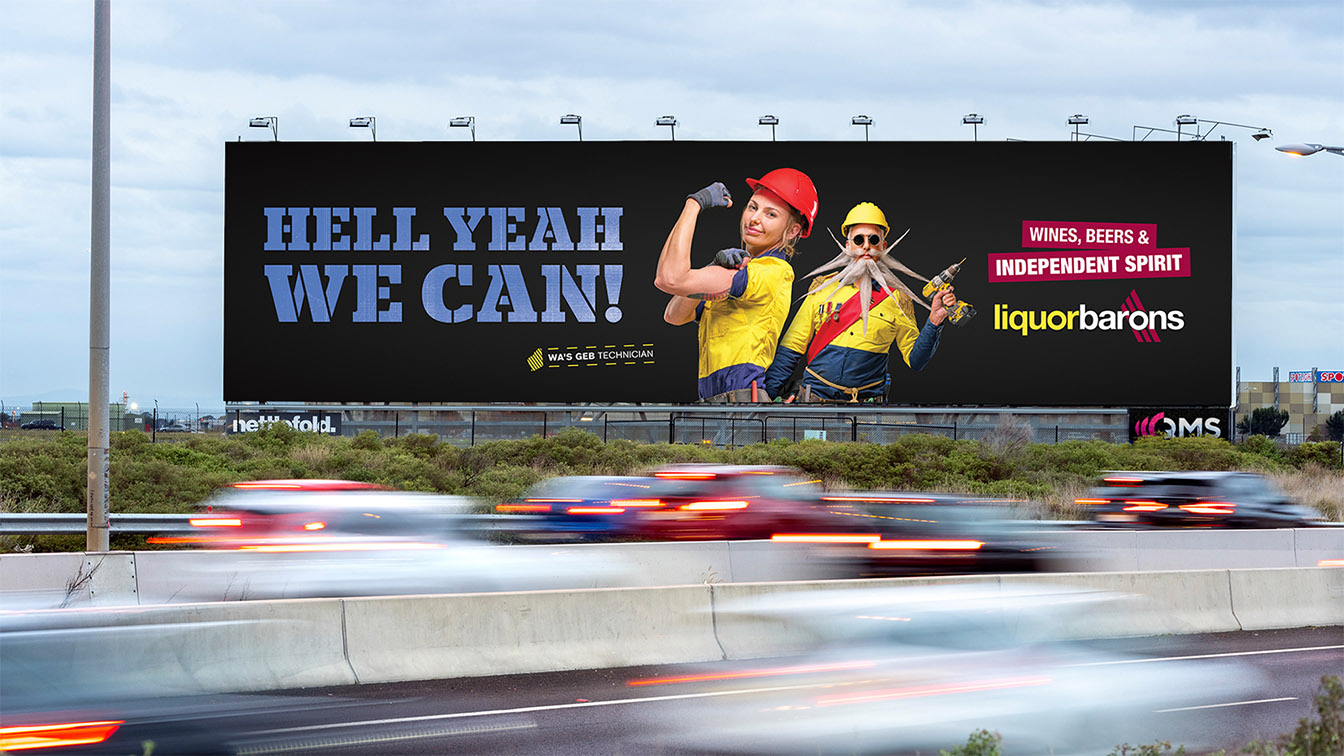 What do a 3x world boxing champ, an altruistic hip-hop artist, a fearless fashion designer, a wildlife warrior and the world’s first trans pro-surfer all have in common…? They’re just 5 of the 14 inspirational West Aussies whose Independent Spirit Liquor Barons are championing in their new 2022 brand campaign created via AT Creative.

The Liquor Barons’ Wines, Beers and Independent Spirit campaign is the next iteration of their successful Legit Locals campaign.

“Wines, Beers and Independent Spirit was born out of communicating our unique selling proposition in a different way to our previous Legit Locals brand campaign, which has proven to be incredibly successful over the past two unprecedented years,” said Chris O’Brien General Manager Liquor Barons.

“The challenge to AT and his team was to take it to the next level without losing the authenticity and connection to our customers and the wider WA community,” he said.

Lisa Ingram Marketing Manager Liquor Barons, said: “Now more than ever, West Australian consumers need to support their local everything! As WA’s only 100% locally owned and operated independent liquor co-op with over 60 stores and counting, ‘Independent Spirit’ is at the very core of the Liquor Barons brand.”

“The challenge was communicating that we are the ‘local’ real deal. We’re not part of any national chain and their cookie cutter offering. This new fully integrated campaign is a fresh take on showcasing this point of difference to our local WA community.”

The campaign heroes 14 unique West Australians who are a stand out in their field, make a difference in the WA community and represent what it means to be an Independent Spirit.

Andrew Tinning Creative Director AT Creative, said: “Independent Spirit is a powerful positioning that in this category and in this state, only Liquor Barons can truly own.”

“With multiple executions appearing on billboards and adshels, the new brand campaign will be one of the most significant out of home campaigns WA has seen. And backed by online and social media content featuring our Independent Spirits, it further cements our ‘legit local’ credentials and sets the scene to articulate what the benefits of being independent are to our customers.”

The campaign grounds itself in proof points, with Liquor Barons detailing how each store gives back to their local community via various sponsorship initiatives.

Running from October 15 to January 15, the campaign’s out of home approach is predicted to reach over 90% of Liquor Barons’ target audience, with a frequency of over 40 throughout the three month period. 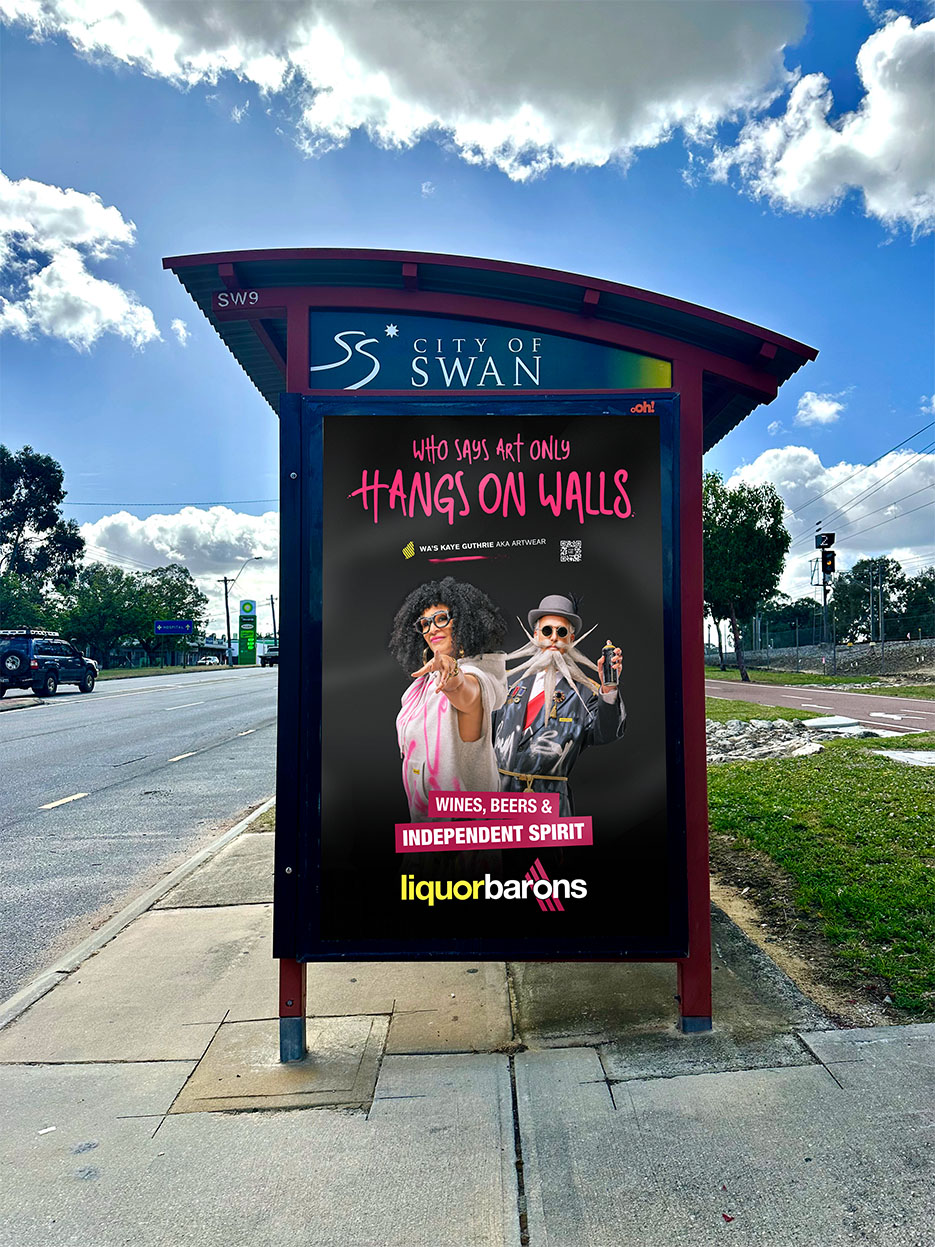