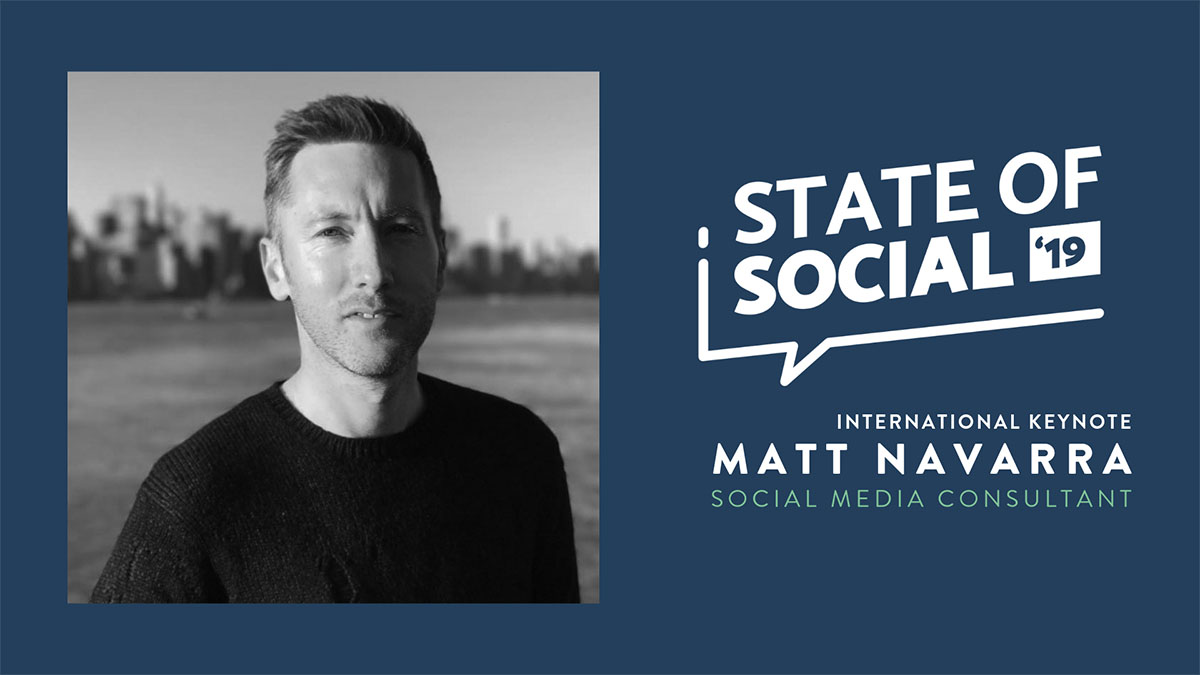 Typeset’s Dan Hatch speaks to Matt Navarra, one of Britain’s leading social media commentators, ahead of his keynote address at the upcoming State of Social 2019 conference in Perth on Tuesday, June 25.

Matt Navarra is in demand.

On the back of concerns that social media use is leading to young people in Britain taking their own lives, the UK Government has just announced plans to regulate platforms like Facebook, Instagram and Twitter. One of Britain’s leading commentators on social media in the traditional press, Navarra has had a busy couple of days of TV, radio and press engagements. He’s uniquely placed to answer the media’s questions, too. He’s been working in social media for a decade, including five years with TNW and a stint as the social media advisor to the Prime Minister in 10 Downing Street.

At a time when social media platforms have been linked to everything from the massacre in New Zealand to the Cambridge Analytica scandal, regulation has become a hot-button issue.

So, is social media a force for good or evil? The answer, as you might expect, is nuanced.

“I still believe that, overall, social media is a power for good,” he said. “But I think that the companies involved in these platforms – particularly Facebook, with its scale and scope and the number of products that it has – face unique global challenges that no other business or technology has ever faced.

“I have some empathy for the challenges they face, and with the criticisms levelled against them. But they profit from a product that is causing problems, and they have a duty of care to tackle it.”

Does the man who once advised a Prime Minister on social media think it’s time for governments around to the world to take action?

“It’s definitely time for regulation because self-regulation hasn’t worked and I don’t think it will work,” he said. “We’re at the very beginning of that process, so how effective that will be and how it changes how we use it, how businesses use it, how the platform works… well there are still a lot of question marks over that.”

Navarra will appear in Perth at the State of Social conference on June 25, where he’ll share his unique insights into not just the state but also the future of social media. It’ll be a fascinating conversation because, regulated or not, change is coming.

“There’s a lot of interest at the moment in people’s move towards groups and private messaging forums and how that is changing the landscape,” he said. “I think it’s important for brands to understand this shift because it will have a significant impact on the way you engage with your audience, your ability to track and analyse the success of your campaigns, and the ability to share.”

“There are also a lot of questions right now about AR and VR and the merging of that activity with social, and also the death of the newsfeed and the shift towards stories on most of the platforms.”

With so much change coming to social media in the near future, it’s little wonder Navarra is in such demand.

Tickets for State of Social 2019 close this Friday (June 21) and are available HERE.