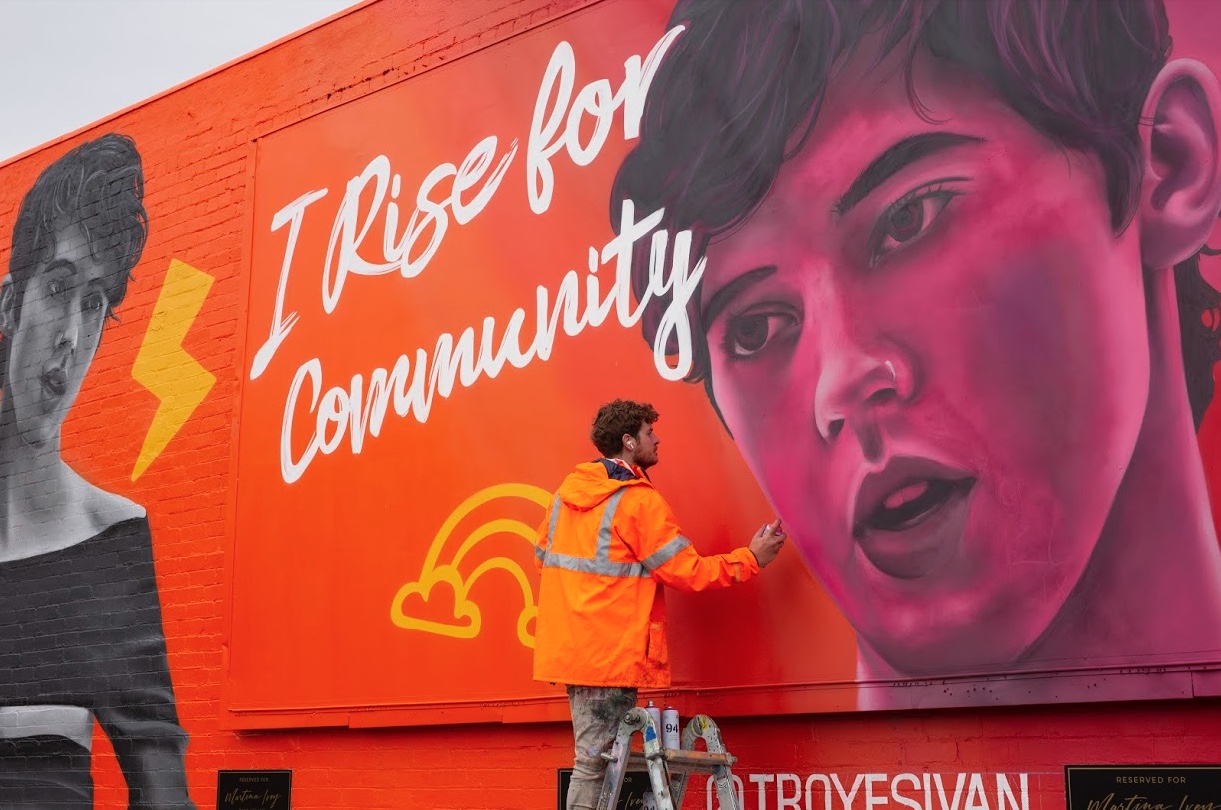 The street art murals are popping up from today in Sydney, Melbourne, Canberra, Perth and Melbourne, and highlight each city’s local ‘Rising Heroes’ from the queer community on Instagram.

The murals were created and installed by some of Australia’s top street artists. 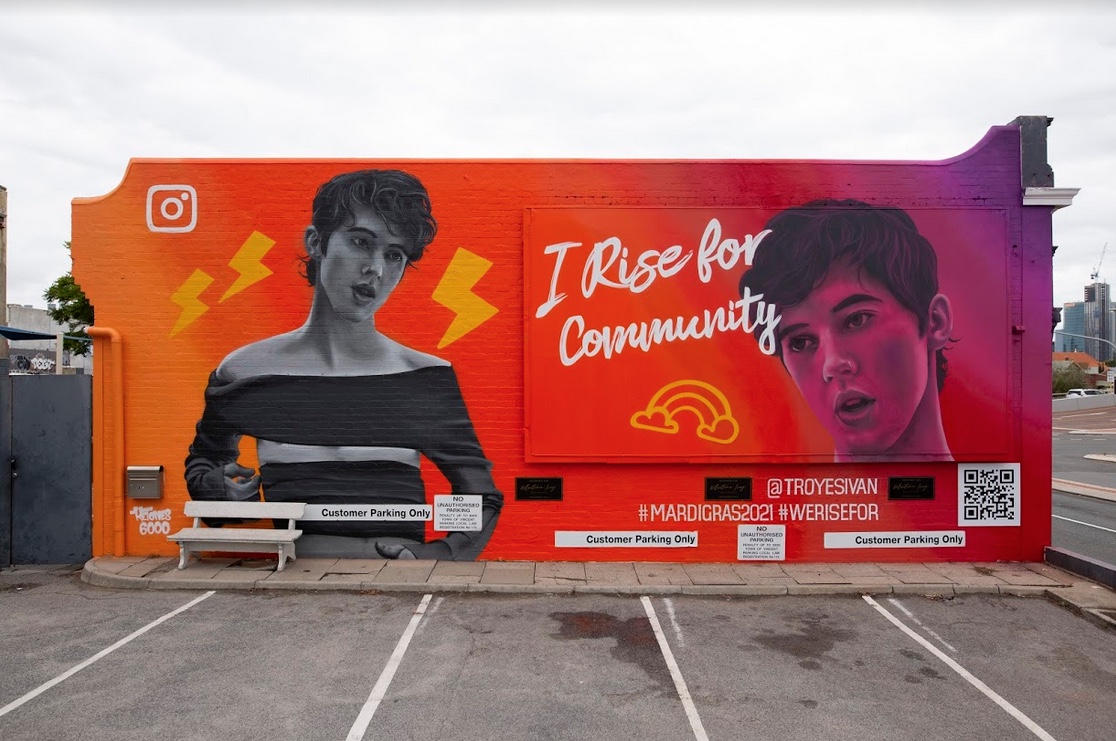 Where you can see them:

Perth – “I Rise for Community” 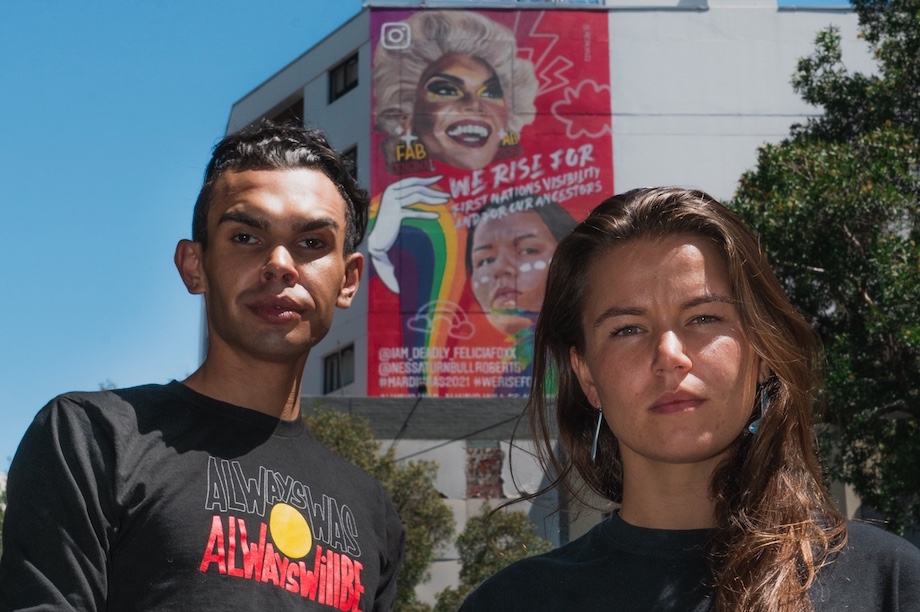 Sydney – “We Rise for First Nations Visibility and for our Ancestors” 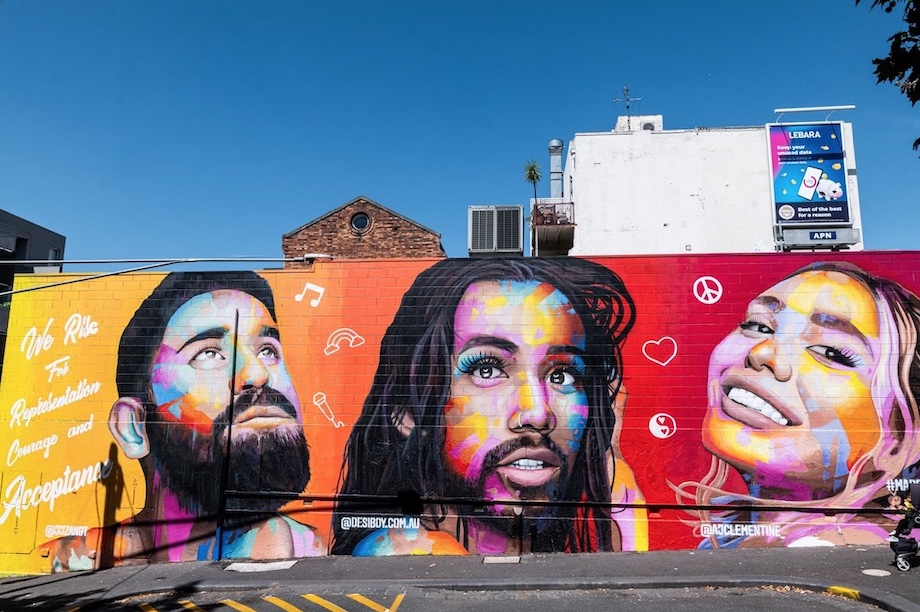 Melbourne – “We Rise for Representation, Courage and Acceptance”

Brisbane – “We Rise for Freedom”

Each mural features a quote from the featured creator(s) sharing what they ‘Rise’ for, in line with this year’s Mardi Gras theme.

The QR code included on each mural will take viewers to the ‘Safe & Strong 2021’ Safety and Wellbeing Guide for the LGBTQ+ Community on Facebook and Instagram. The Guide was launched last week in partnership with Trans Pride Australia, Black Rainbow, ACON, Twenty10 and Minus18.

“Queer creators on Instagram are a source of inspiration, entertainment, and support for Australians everywhere. We’re proud to honor these local ‘Rising Heroes’ in their home cities and spread the Mardi Gras sparkle across the country. Mardi Gras is about visibility and community, and these five murals celebrate the vibrant new generation of LGBTQ+ creators who embody these qualities every day.”