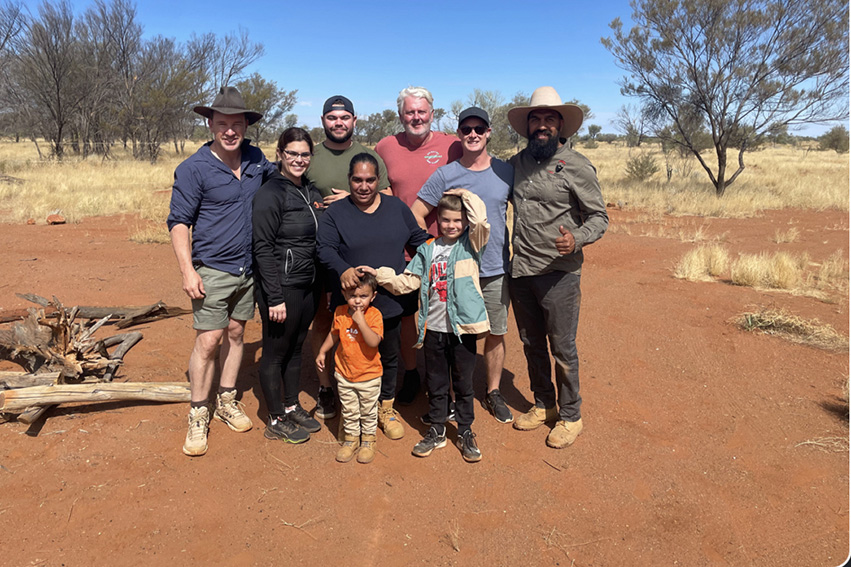 The Independent Media Agencies of Australia (IMAA), the national, not-for-profit industry association for the independent media agency industry, today announced the launch of its first Reconciliation Action Plan (RAP), as part of its mission to make a difference in the media industry by educating its 130+ member agencies on Aboriginal and Torres Strait Islander peoples and cultures.

The IMAA has received conditional approval for its ‘Reflect’ RAP which is the first of four stages in the reconciliation journey designed to prepare the association and its members for reconciliation initiatives in future RAPs. Committing to a Reflect RAP includes scoping and developing relationships with Aboriginal and Torres Strait Islander stakeholders, deciding on a vision for reconciliation, and exploring the IMAA’s sphere of influence.

An important pillar in the IMAA’s RAP is an investment in Imparja Television’s “Make a Difference” program, whereby 10% of IMAA members’ combined media spend onto Imparja’s channels will directly benefit and support First Nations grass roots communities. The IMAA’s chosen indigenous social enterprise is Kings Narrative whose aim is to improve the lives and outcomes of Aboriginal men. IMAA representatives visited Alice Springs and Uluru in May to meet with Kings Narrative representatives and experienced first-hand where sponsorship funds would be spent.

As part of its RAP, the IMAA has introduced a Reconciliation Hub resource to provide education and learning for members, including encouraging participation in NAIDOC week activities. The association’s long-term goal includes creating pathways and job opportunities for Aboriginal and Torres Strait Islander peoples.

IMAA RAP Committee Lead and Media Republic Director, Steve Fagan, said: “We are so delighted to today launch our RAP. The IMAA recognises the unique opportunity that we have to deliver a meaningful and workable RAP, including our privileged position to be able to provide employment opportunities. The IMAA will use its position of influence to work within our independent sector and as an advocate for reconciliation within the wider advertising and marketing industries. Our RAP enables us to listen, learn and strengthen community relationships, in what we expect to be a long and successful journey to providing greater opportunities to Aboriginal and Torres Strait Islander peoples.”

IMAA CEO, Sam Buchanan, said: “As a not-for-profit, modern industry body that is less than two years old, one of our key pillars is to ensure that we make a real difference in the indie agency sector, and reconciliation is integral to achieving this goal. We have already launched a Diversity Council designed to educate and empower member agencies on the value of embracing a diverse and inclusive workplace. Our RAP is a natural and important next step for our industry to allow Aboriginal and Torres Strait Islander peoples achieve their dreams and improve their lives, both in our sector and in society.”

Imparja Television CEO, Alistair Feehan, said: “Imparja television is unique in terms of commercial broadcasting as it is 100% Indigenous owned, is a not-for-profit organisation and has a huge social platform. We launched the ‘Make a Difference’ program whereby clients have the opportunity to select a program that provided a true benefit to those indigenous communities or social enterprise that delivered much-needed outcomes.

“For a remote community this could be a dialysis machine for a health centre, the funding of a community sports co-ordinator, or in the instance of the IMAA, sponsorship of Kings Narrative, one of the most important social enterprises to be delivered to Indigenous Australia. To fund these initiatives Imparja isolates 10% of a campaign spend from a program supporter and allocates those funds to a nominated initiative. We know that the IMAA and Kings Narrative will make a huge contribution to helping the future of indigenous Australia.”

The IMAA has also commissioned a special indigenous logo for its RAP, designed by Dixon Patten from Bayila Creative. The logo honours the cultural diversity in Aboriginal and Torres Strait Islander communities and the many wisdoms, teachings, practices, protocols and dreamings across the many nations as message sticks, which also show the importance of ATSI knowledge and communication styles and practices. 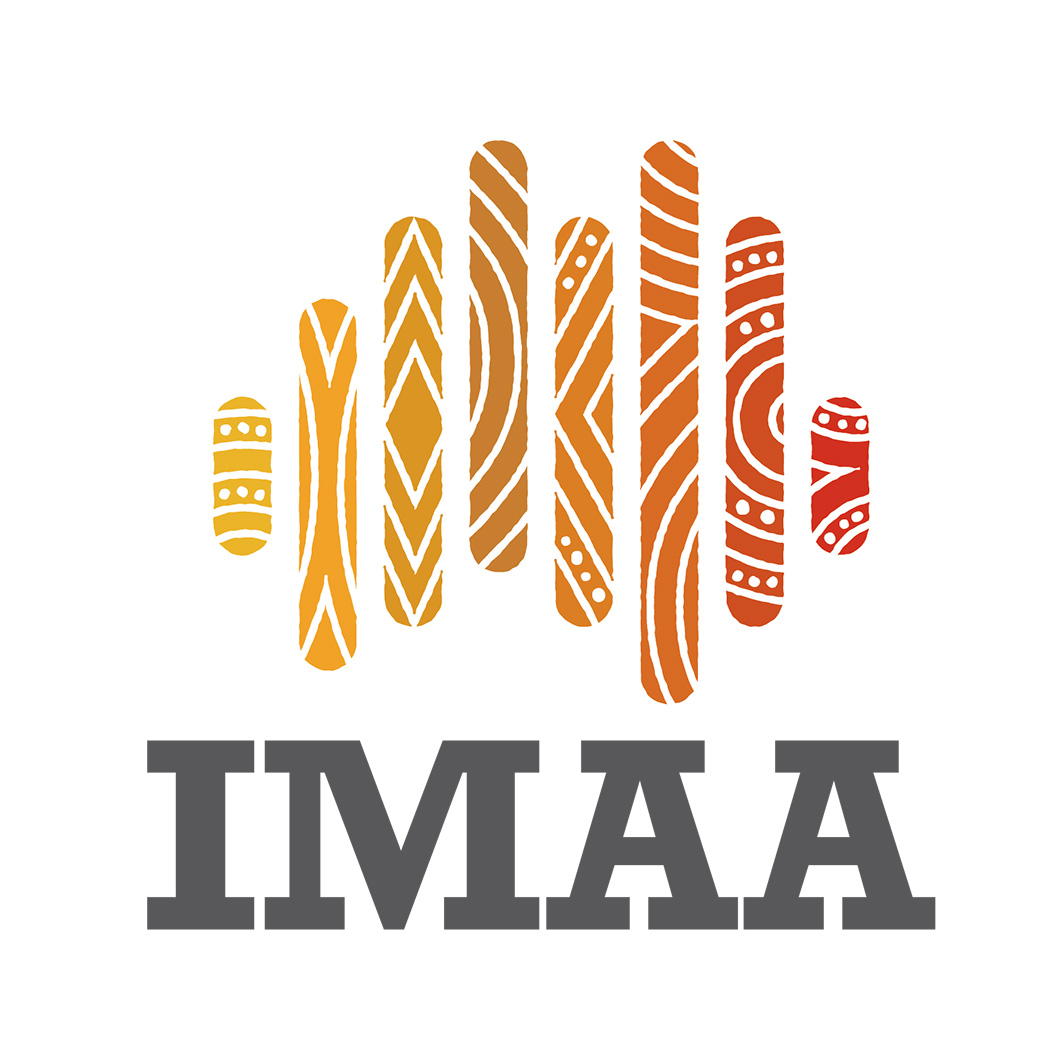 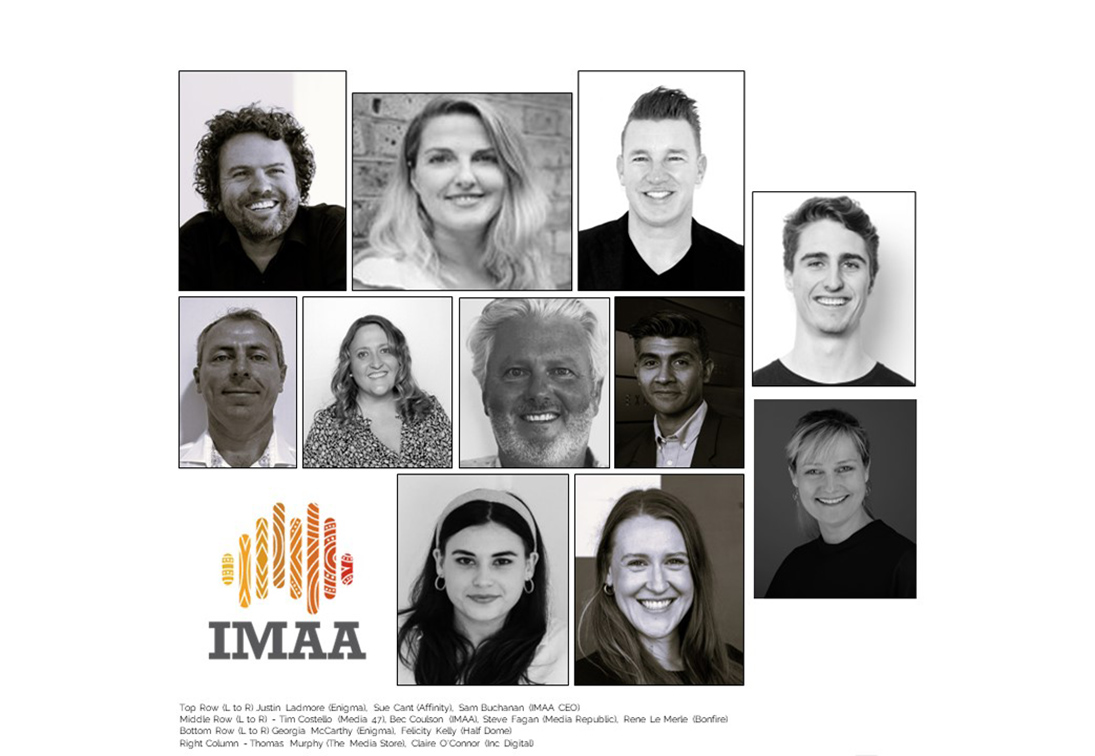