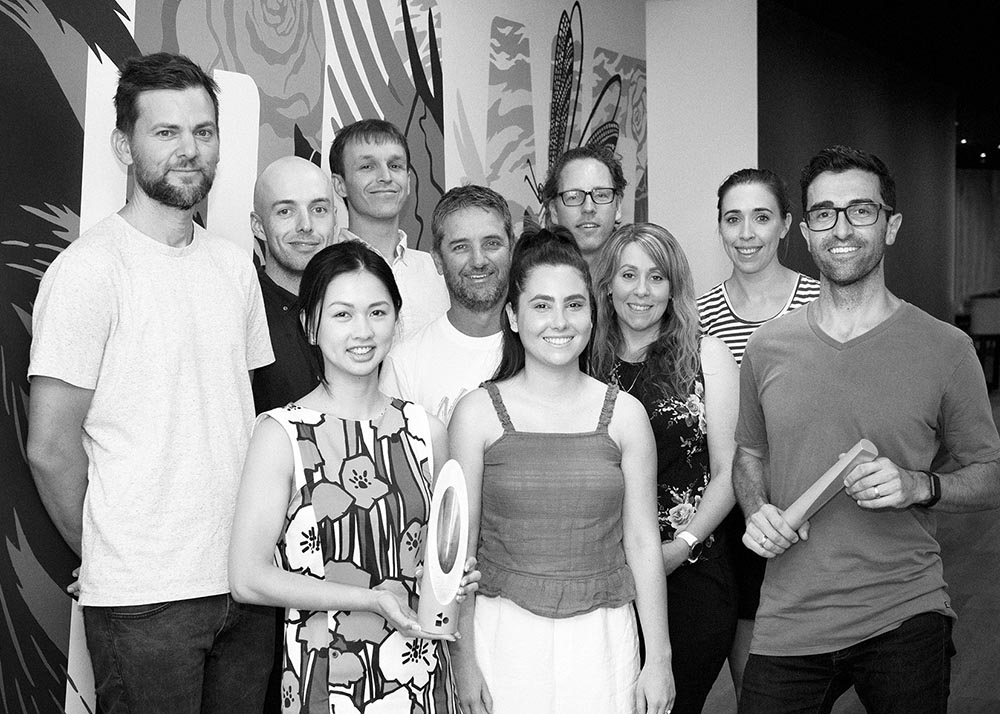 The Brand Agency has added yet more trophies to its bulging cabinet for Foodbank WA Hungry Puffs, winning an Award of Merit and the Best in State award at Friday night’s DIA WA Awards for its design and packaging work.

For more than 60 years the Design Institute of Australia has been recognised as a leading advocate of Australian design. It provides the opportunity to promote the important role design plays across interior design, product design and visual communication.

Now in its 17th year, the event was attended by more than 300 members of Perth’s design and architecture industries at the State Theatre Centre of Western Australia.

“The Hungry Puffs project has been hugely successful and will hopefully continue to be this Christmas” said Dan Agostino (pictured far right), Head of Design at The Brand Agency.

“To be presented with one of only three Award of Merits on the night is very rewarding, but for the campaign to have been acknowledged for its connection to cause makes it even more so.”

Hungry Puffs was unanimously described by the judges as being a standout for Western Australian design, and the first time a piece of visual communication received an Award of Merit. Its recognition around its strength in social impact and design for good was also highly commended.