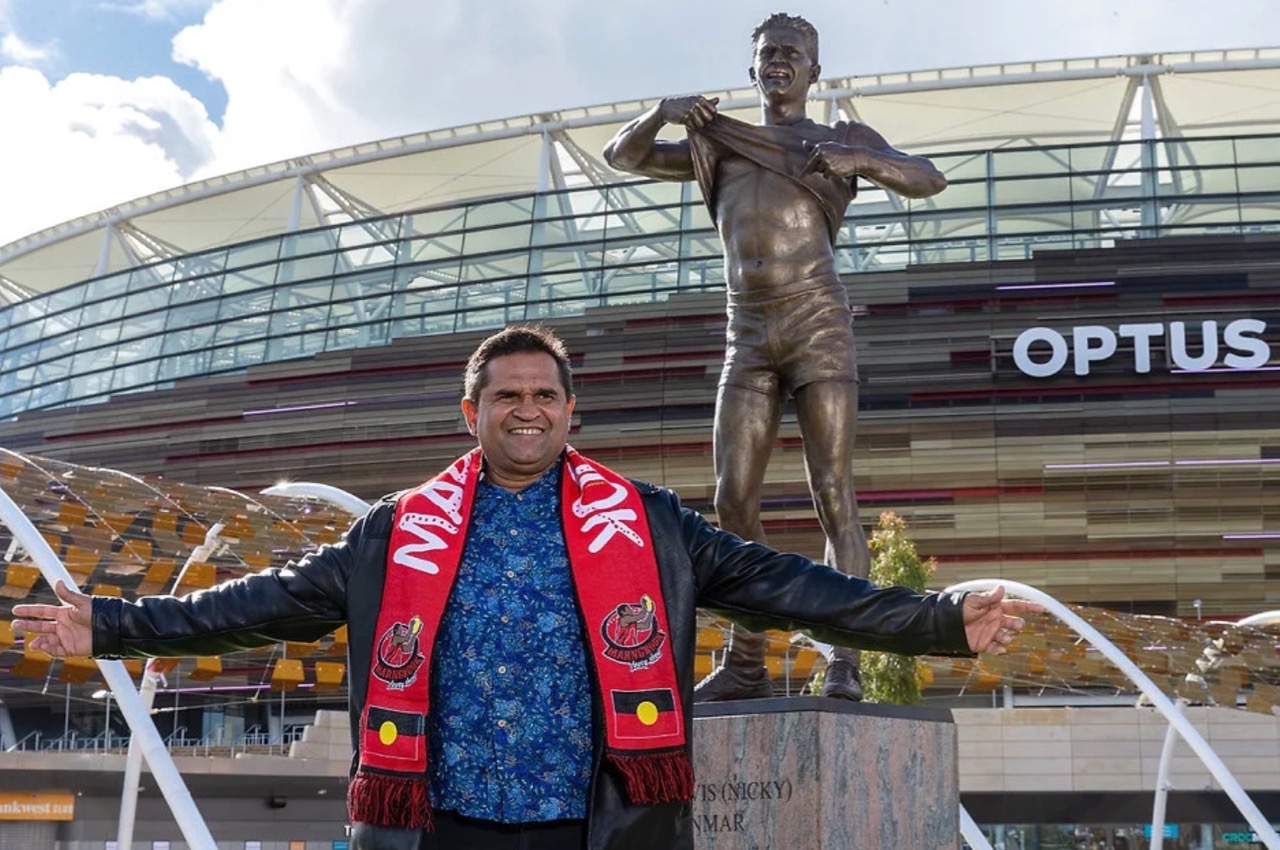 A bronzed statue of the moment Indigenous footballer Nicky Winmar stood up to racist abuse has been unveiled at Perth’s Optus Stadium on the weekend.

The statue was the brainchild of Melbourne freelance creatives and footy fans Alex Wadelton and Aaron Tyler, who believed that the iconic photo of Nicky by Wayne Ludbey deserved to live in a physical form so generations to come could understand the deep importance of respect for one another, regardless of the colour of your skin.

Winmar, a proud Nyoongar man from Western Australia, was playing for St. Kilda in an Australian Football League match versus Collingwood at Victoria Park in 1993, when he and indigenous teammate Gilbert McAdam were subjected to torrents of racial abuse by the crowd.

This motivated the duo to turn on match winning performances, producing a rare win for the Saints against the Magpies. At the conclusion of the match, Winmar was still being treated to foul abuse, so he turned to the crowd, lifted up his jumper, pointed to the colour of his skin and shouted, “I’m black, and I’m proud to be black!”

The image was captured by Melbourne photographer Wayne Ludbey who heard what had been said and pushed for it to run on the front page of The Sunday Age.

A Western Australian-born Nyoongar man, Winmar wanted to ensure the statue found its permanent home on Nyoongar land. Now 26 years later, he has his wish.

In attendance were much of Winmar’s family, some of the greatest Indigenous players of all time, including Gilbert McAdam, Gavin Wanganeen, Peter Matera, Michael O’Loughlin, David Wirrpanda, Michael Johnson, and Des Headland, along with hundreds of Western Australian based St. Kilda fans who marched to the ceremony across Matagarup Bridge.

”It’s a surreal thing to be a part of and it’s something my family are very proud of,” former St Kilda star Winmar said at the statue unveiling.

“I hope this statue encourages more conversations and education about Aboriginal and Torres Strait Islander history and culture.”

“There are moments in sport that capture the public imagination and go beyond the game – and Nicky Winmar’s defiant stance proclaiming his pride about his Aboriginality is one of those moments,” McLachlan said.

“It helped change our game, and I hope, change our country. We are very proud of this statue.”

The statue of Neil Elvis “Nicky” Winmar was sculpted by Louis Laumen and has been erected on Nyoongar ground, acknowledging the South Fremantle product’s roots in Western Australia.

“The fact that it stands for more than football and more than just an individual, it stands for respect and stands for saying racism is not OK is incredibly significant and I think it’s still relevant today, as it was then,” AFL general manager inclusion and social policy Tanya Hosch said.

“I’m so pleased for Nicky, for the Nyoongar people and for Western Australia to have that recognition on Nyoongar country.”

The project began with a crowdfunding campaign started by Wadelton and Tyler. They then approached Hosch, and her championing of the idea with the support of the AFL and the Western Australian government helped make the statue a reality.

“Nicky’s stance was already iconic. But we believed it needed to be in a physical form to encourage the next generation to reflect and discuss on what Nicky did on that day in 1993.” they said.

The statue unveiling marks the start of NAIDOC week. 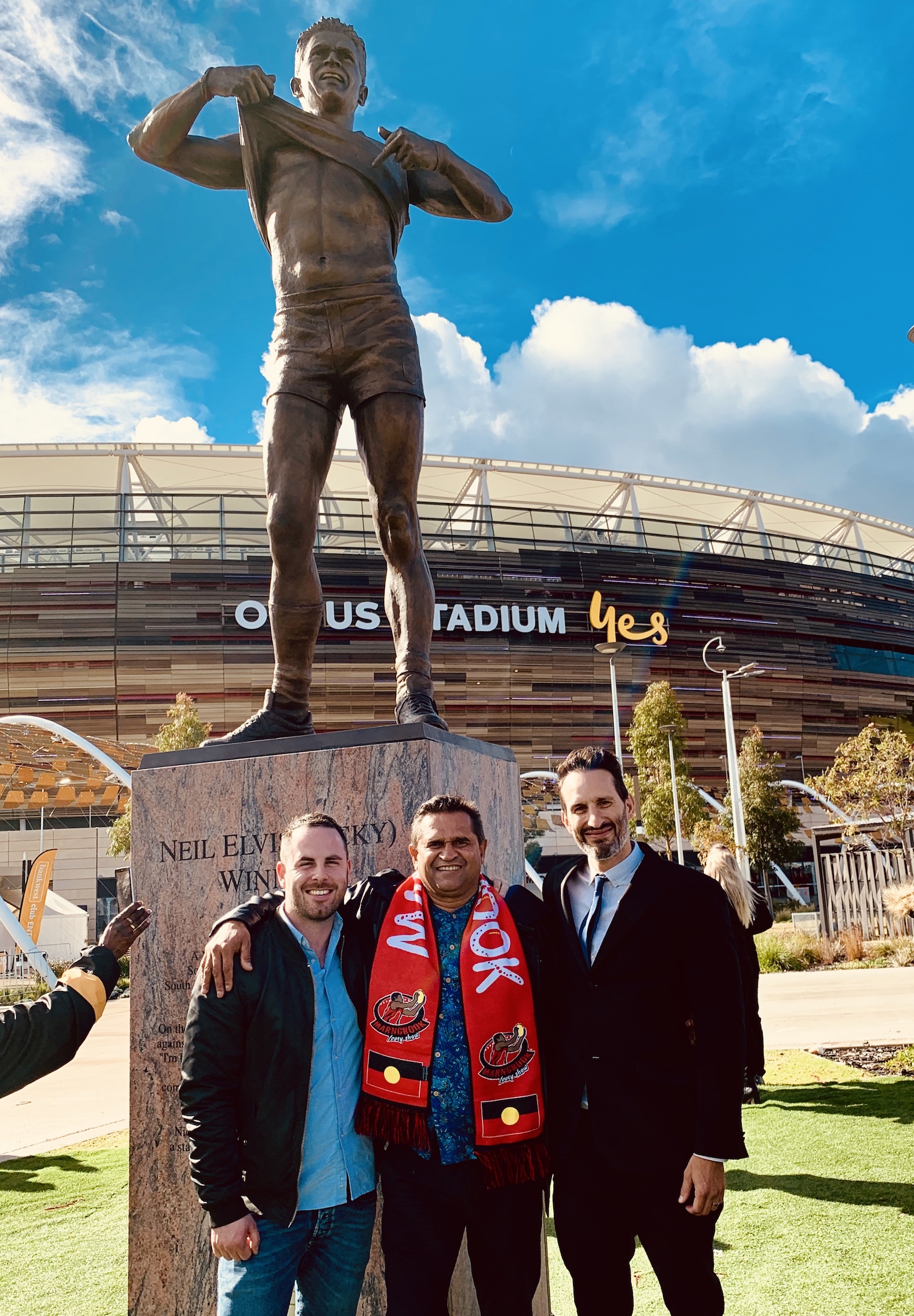 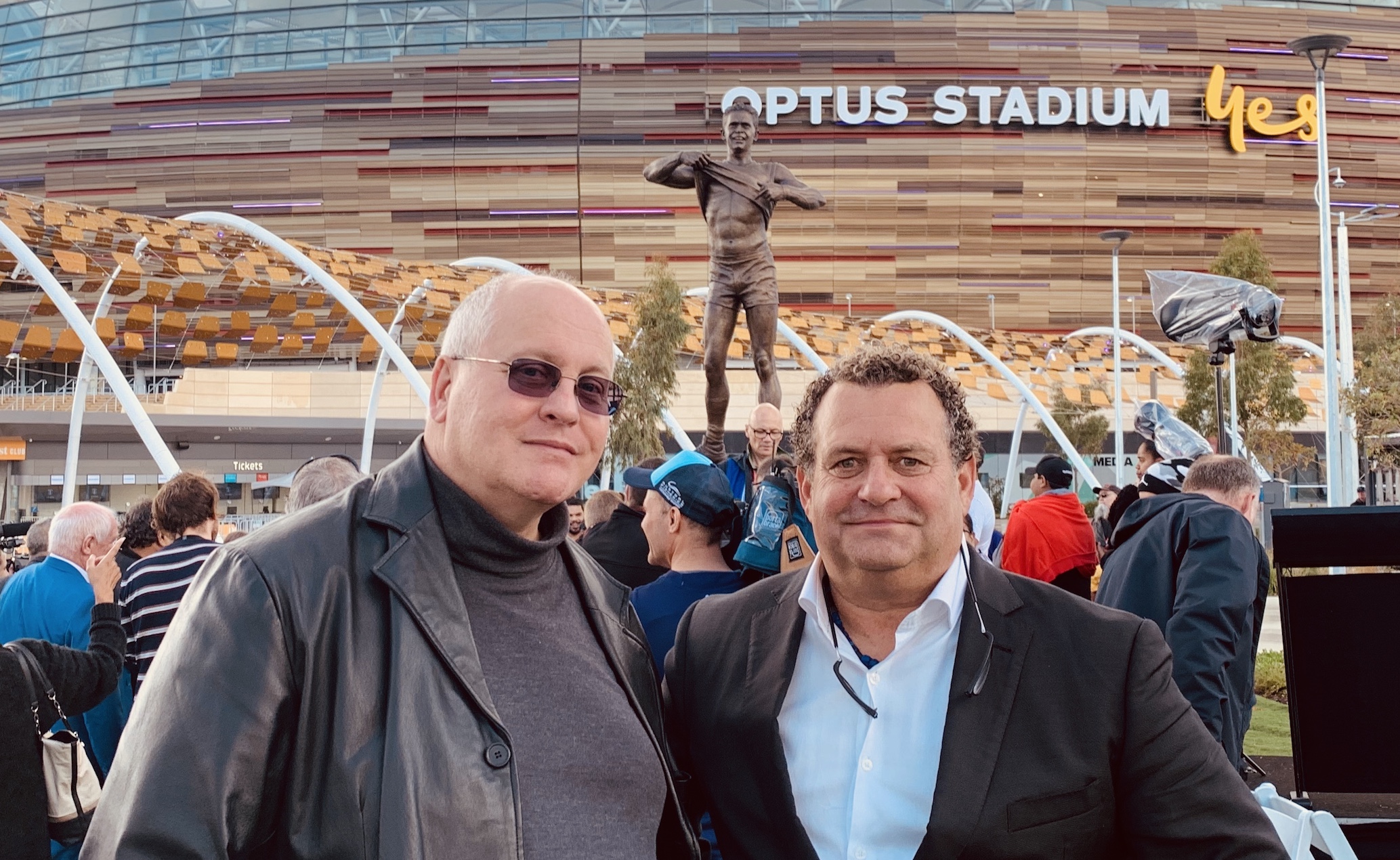 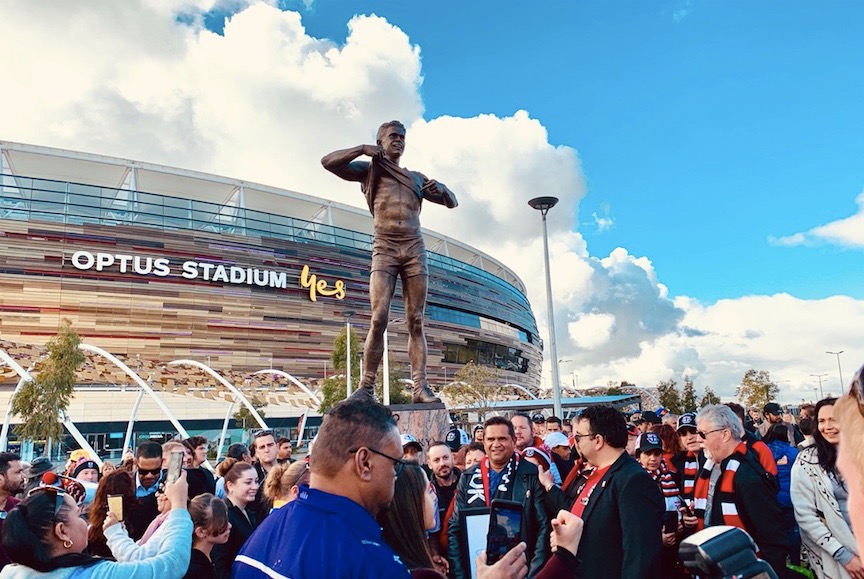 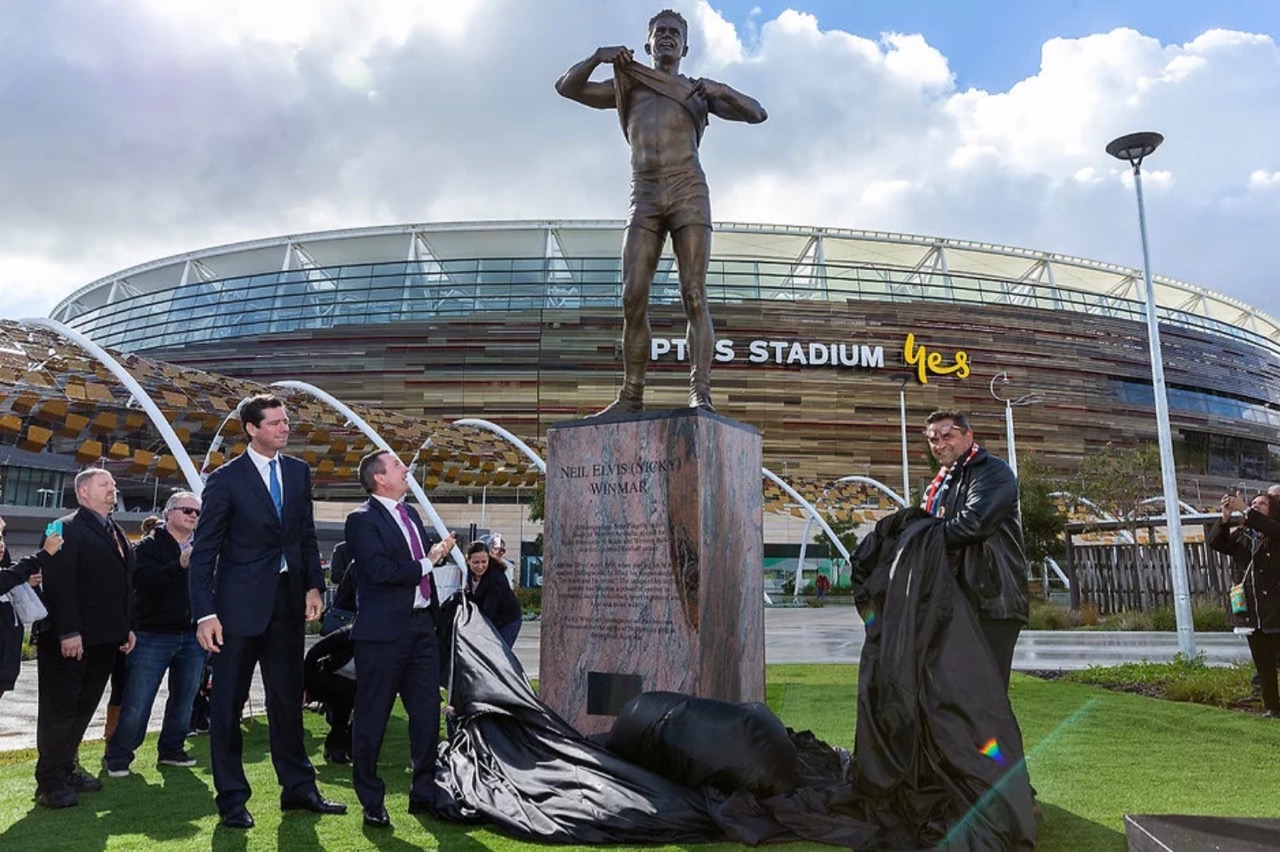