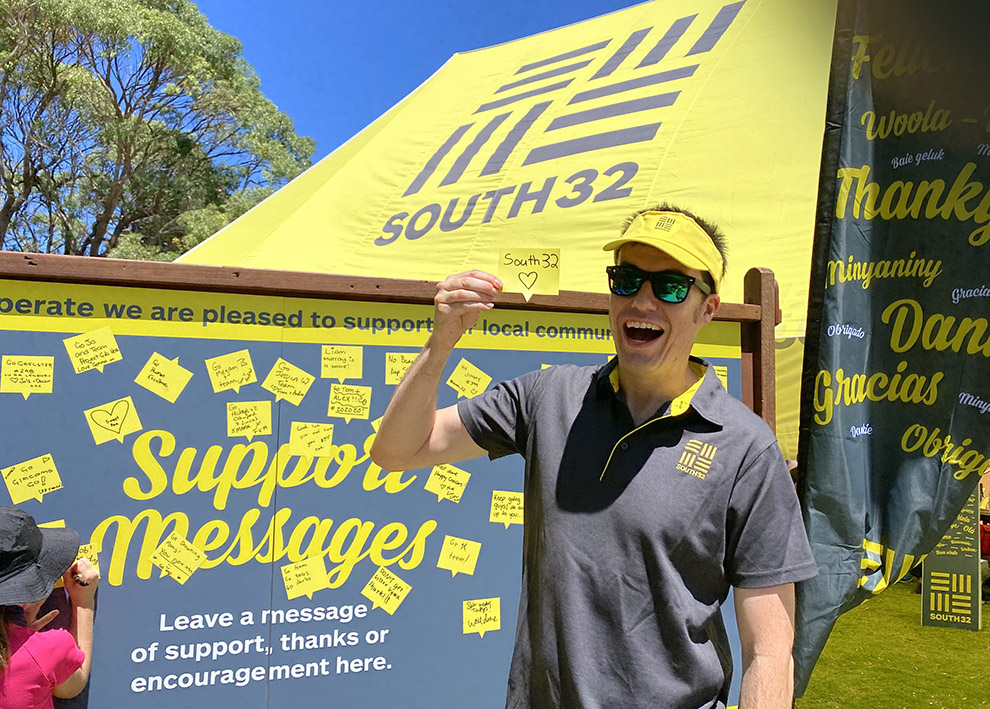 For the second year in a row, South32 sponsored the naming rights for the Rottnest Channel Swim and engaged Gettin Hectic to help bring the event to life and highlight South32’s support for local communities.

South32 is a globally diversified mining and metals company headquartered in Perth. Demerged from BHP in 2015, South32 operates in South America, Southern Africa and Australia, as well as having development options in North America and partnerships with junior explorers around the world.

Gettin Hectic was challenged by South32 to design experiences and activations to help further raise the company’s profile and increase awareness of the role it plays in supporting and investing in communities where it operates.

South32 is named after the 32nd parallel south on which some of its major sites are located. The swim between Cottesloe and Rottnest Island also takes place on the 32nd parallel – creating a natural alignment between event and sponsor. 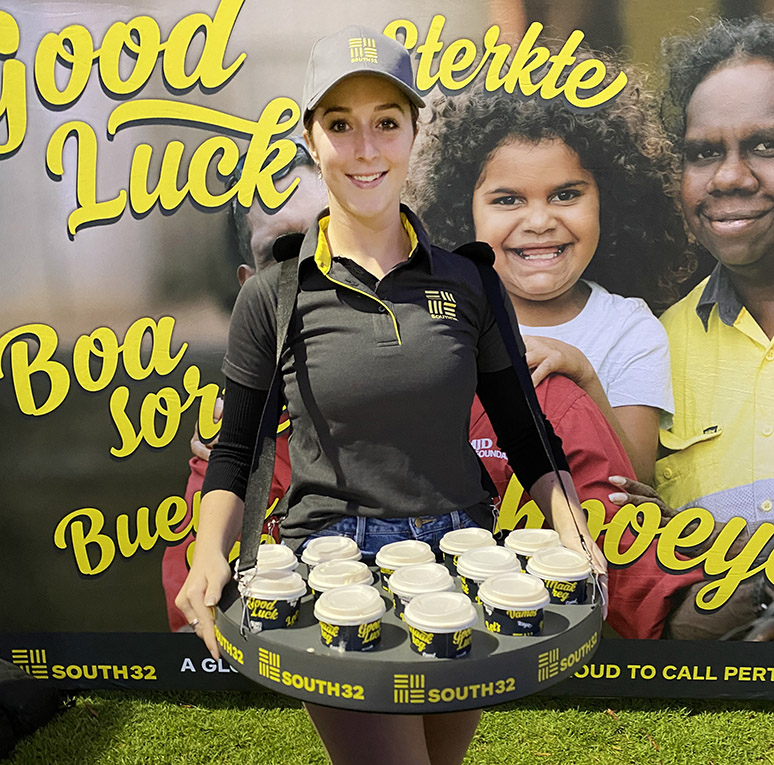 After introducing the company to the Rottnest Channel Swim community in 2020, this year Gettin Hectic focused on amplifying South32’s community support role.

“Wherever they operate South32 supports the communities local to their operations, however it was clear more could be done to highlight the contribution South32 makes locally and globally. We felt, in order to create an emotional connection between the South32 brand and the WA public it was important to demonstrate that South32 understood how it could offer genuine support for the race community at the right moments.”, said David Saraga, MD/CD of Gettin Hectic

Rottnest Channel Swim participants are fully focused at the start line, but with thousands of bleary-eyed supporters in need of a pick-me-up due to the early-morning start time, Gettin Hectic created a pop-up coffee zone on Cottesloe Beach, complete with inspirational messages in the languages of countries where South32 operates.

At the event finish line, Gettin Hectic designed a large ‘Supporter Zone’ to act as a ‘concierge’ for the whole swim community. Thousands of attendees were greeted by brand ambassadors handing out funky yellow sun-visors to stop the squint. The giant yellow marquee gave the public some well-needed shade where they were offered a selection of tasty refuelling bites. It also included a ‘Congratulations Wall’, plus an opportunity for supporters to follow their loved ones’ race progress on a big screen. On exit, a team of Rottnest guides gave people ideas of things to do to enjoy the rest of their day.

Keryn Hagarty, South32 Specialist Brand and Events, said: “Yet again, Gettin Hectic were great to work with, they really understood the challenge and created an experience that nailed the brief.” 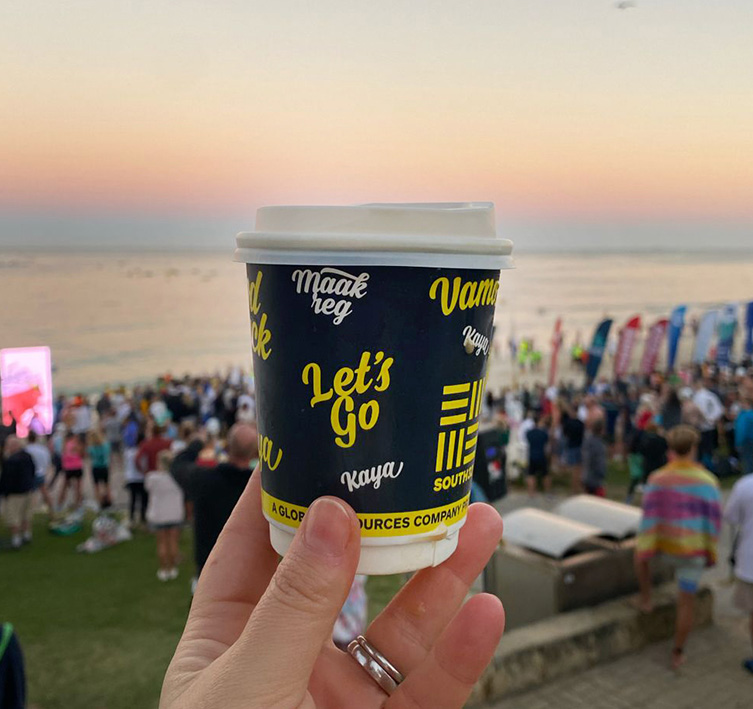 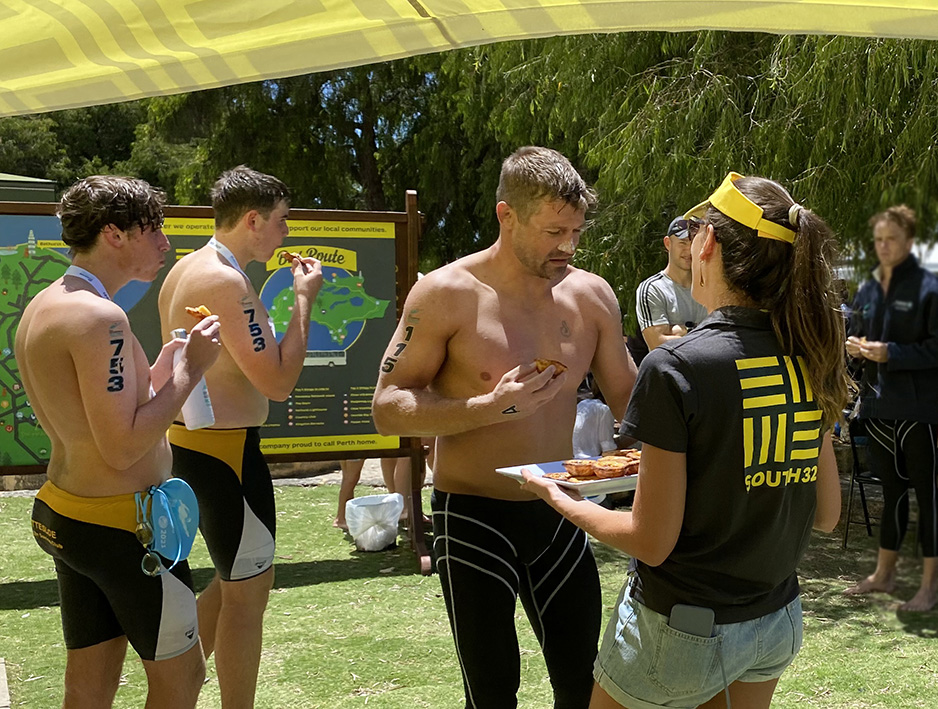 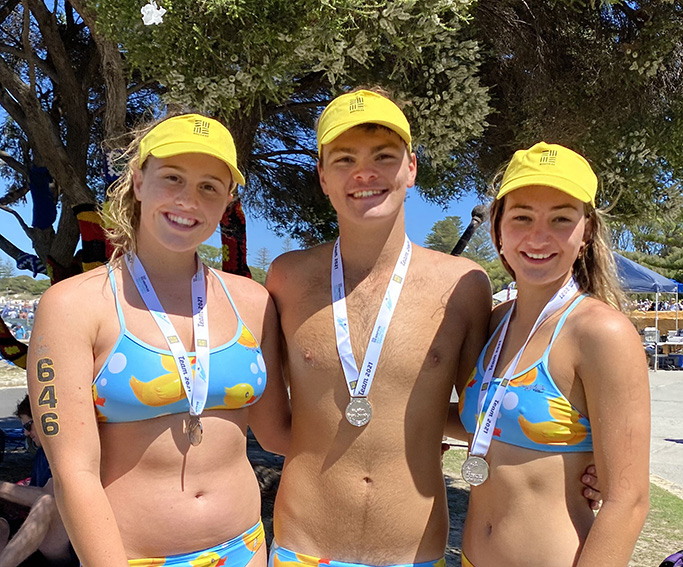 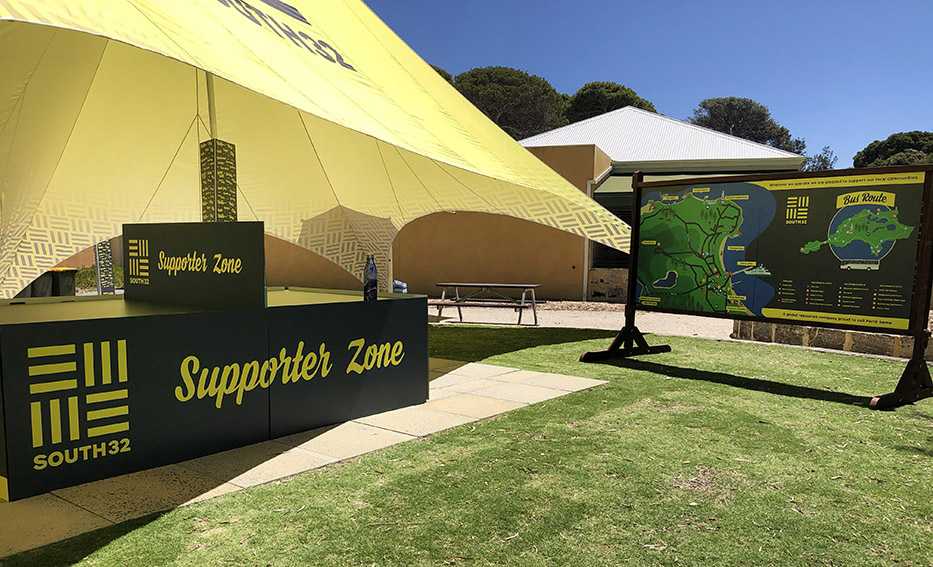 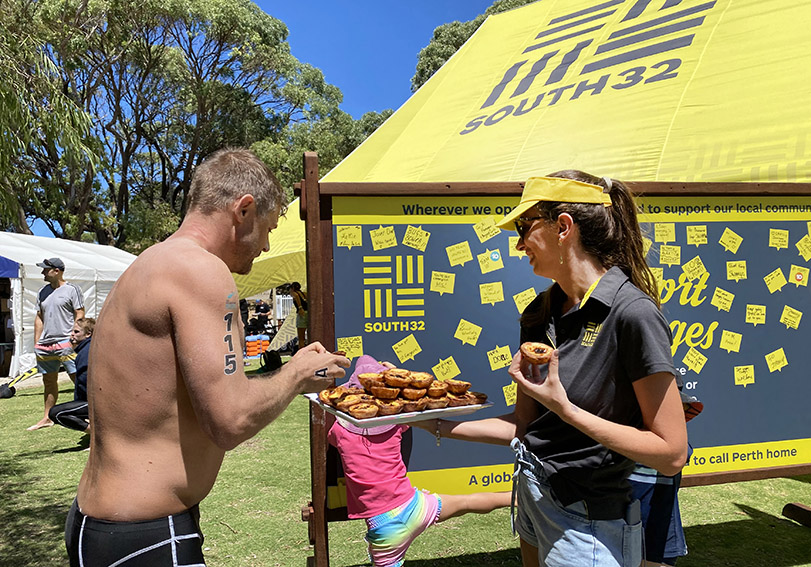