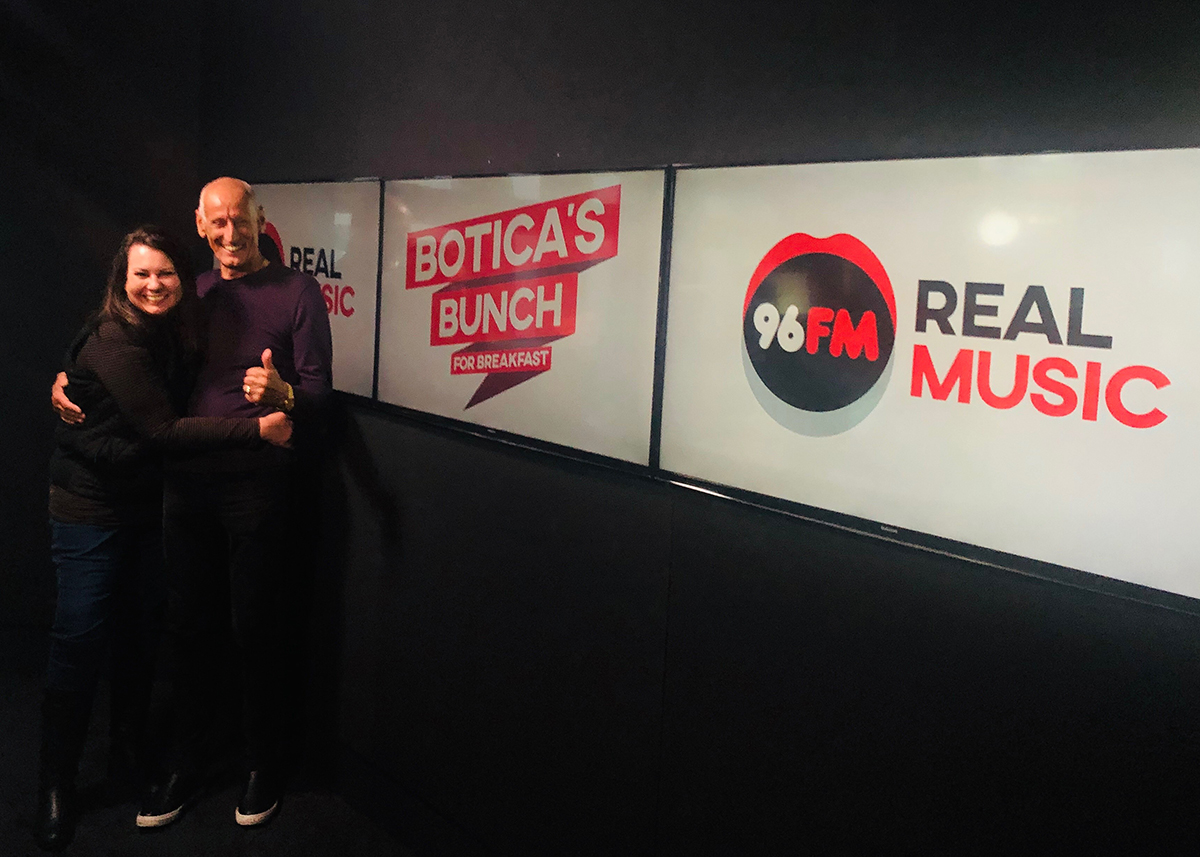 Perth radio maestro Gary Roberts has thrown down the gauntlet to other stations with two key appointments, including this morning’s launch of Botica’s Bunch for Breakfast on 96FM.

It sees the return of arguably the most recognisable voice in the history of Perth radio, Fred Botica, and his long-term radio partner Lisa Shaw.

They replace Paul Hogan and Lisa Fernandez – Paul & Lise – who were let go at the end of June after 18 months with the station.

Botica and Shaw officially joined the 96FM breakfast slot with a surprise show this morning, delivering their passionate brand of music, entertainment and compelling local content that Perth listeners love.

Botica and Shaw have been on-air together since 1997, having earned their place as the most successful breakfast team in Perth radio history, together winning a record 100+ consecutive surveys at mix94.5.

Their return to the air waves follows the announcement on Friday that Content Director Dan Underhill has also joined 96FM. Underhill was Program Director at Nova 93.7 for eight years – during which the station reached #1 – and is a five-time finalist for Programme Director of the Year at the Australian Commercial Radio Awards from 2013 to 2018.

The trio have been lured to the ARN station by Gary Roberts, with whom all three have long histories.

Roberts has been low-key since taking over at 96 FM in April, but the new financial year has seen him make these key moves with more tipped to come as he re-shapes the station both on- and off-air.

Botica said: “How could I say no to the opportunity to return on 96FM with my partner-in-crime, Lisa! Listeners can look forward to the chemistry we have developed in the two decades we’ve worked together on-air, and some interesting new ideas and angles we have in store. Bring on Botica’s Bunch for Breakfast!”

Shaw said: “I’m so excited to be teaming up again with Fred for 96FM’s Botica’s Bunch for Breakfast. As probably the biggest entertainment lover in Perth, I can’t wait to get back into that Breakfast hot seat and share everything that’s entertaining and important to our listeners.”