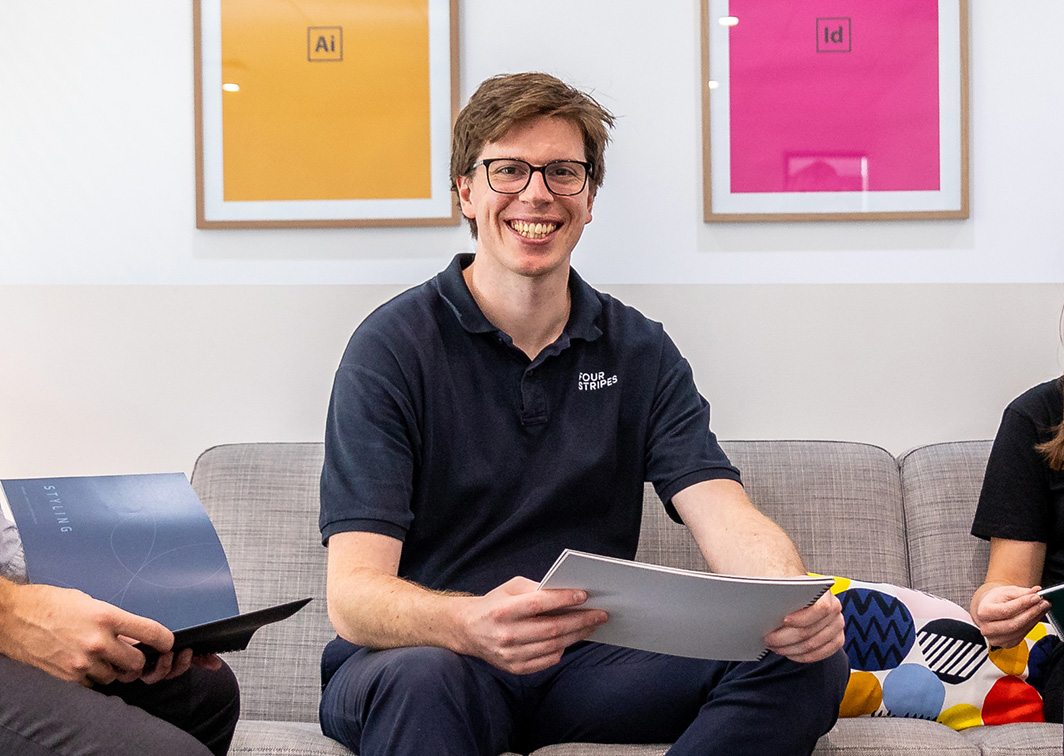 He joined Four Stripes as a junior designer and quickly built a reputation for his fresh ideas and excellent craftsmanship.

“His years of experience and insatiable drive to improve have made him an absolute design powerhouse here at Four Stripes. An experienced professional with a keen eye for detail, he is an invaluable part of our team,” said James Woods, Managing Director.

Willing’s promotion comes off the back of Four Stripe’s recent growth. In the past 24 months, Four Stripes has worked with many industry-leading businesses that believe in the power of good design. Several of the projects have been led by Willing himself, with projects such as REGROUP (Brand), CASTLEDEX (Digital) and THE PUSH-UP CHALLENGE (Collateral) all under his belt.

Woods said: “Cain is simply the nicest and most authentic person you will ever meet; the promotion was earned through hard work and consistently seeking the best outcomes for our clients.”