Flashpoint returns to Channel 7 Sundays at 10am 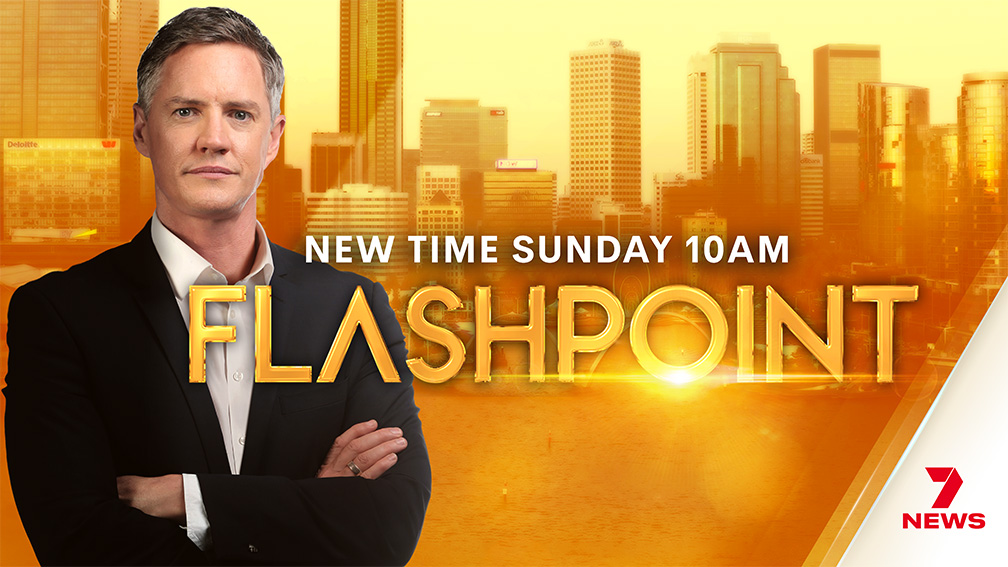 Western Australia’s only local television public affairs program, Flashpoint, returned last week with a fresh look and a new timeslot of Sunday at 10:00 am.

Following Sunrise, Flashpoint has launched strongly with viewers in the first week, winning the 10:00 am timeslot.

Across the half-hour program, 7NEWS presenter, Tim McMillan, discusses the issues of the week with prominent political, business and community leaders.

With exclusive access, Flashpoint cameras take viewers behind the scenes and provide the opinion and interviews that affect West Australians.

Joining the Flashpoint team in 2022 is The West Australians, Ben Harvey. Harvey’s Up Late segment, streamed nightly on thewest.com.au, delivers an irreverent and off-beat commentary of stories people are talking about – or should be.

Also featuring some of WA’s finest journalists, the Flashpoint team will play an integral role in the lead up to this year’s Federal Election, dissecting the political spin and ensuring viewers stay across the political stories relevant to WA.

Director, 7NEWS Perth, Ray Kuka, said: “It’s exciting to see the return of Flashpoint in a new timeslot on Sunday mornings to get the washup of the week, then looking ahead on the issues that matter to every West Australian.

Host Tim McMillan continues to demonstrate his versatility across a range of topics, and we believe he’ll be a welcome addition to households, as part of their Sunday morning routine.”