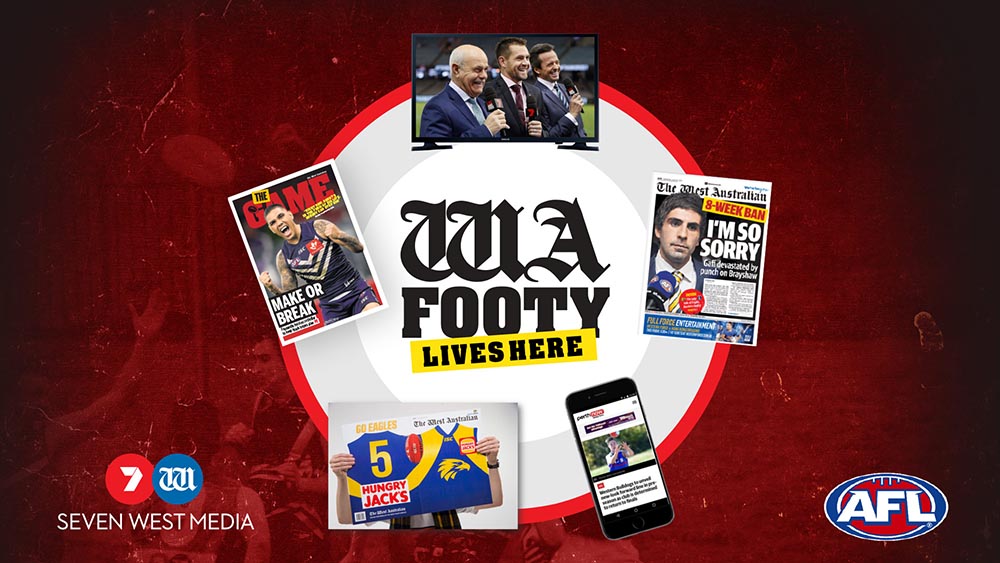 The much-anticipated broadcast fixtures for round two of the 2020 Toyota AFL season have been released after the season was suspended due to the COVID-19 pandemic after the completion of round one.

Round two will return to the home of the AFL, Network Seven on Thursday, June 11 with Collingwood vs Richmond at 5:00pm on 7Mate (Channel 73). Seven West Media WA has been covering the developments throughout the pandemic with their broadcast, print and online platforms, keeping West Australians informed throughout what has been an unpredictable time for all sporting codes.

Veteran 7SPORT presenter and AFL commentator Basil Zempilas said “AFL is part of the fabric of Western Australia and the return of the season is welcome news for sports fans. We are honoured to be able bring AFL back to living rooms all across the state with comprehensive cross-platform coverage and unrivalled coach and player access.”

You can watch the 2020 AFL season live, free and in HD on Seven (channel 70) and 7Mate (channel 73) and complete coverage in The West Australians’ Pre-Game /The Game lift-outs as well as across thewest.com.au and PerthNow.