To celebrate the upcoming launch of the highly anticipated Game of Thrones prequel, House of the Dragon, spine-tingling roars, fire breathing, and imposing shadows were witnessed in the Kiwi capital, part of a new campaign via The Monkeys, part of Accenture Song.

High-drama and thrilling action is always to be expected when New Zealand take to the rugby pitch. However, the arrival of dragons at Sky Stadium during half-time at the All Blacks v Ireland match was not your typical pitch invasion.

Premiering express from the US, on Sky and Neon from Monday 22 August, HBO’s House of the Dragon is set 200 years before the events of Game of Thrones and tells the story of House Targaryen. Paddy Considine, Matt Smith, Olivia Cooke, Emma D’Arcy, Steve Toussaint, Eve Best, Sonoya Mizuno, Fabien Frankel and Rhys Ifans all star in the new series.

Knowing how much New Zealanders loved the original franchise and wanting to create a truly memorable moment to launch the new series, Sky challenged creative agency The Monkeys, to do just that. 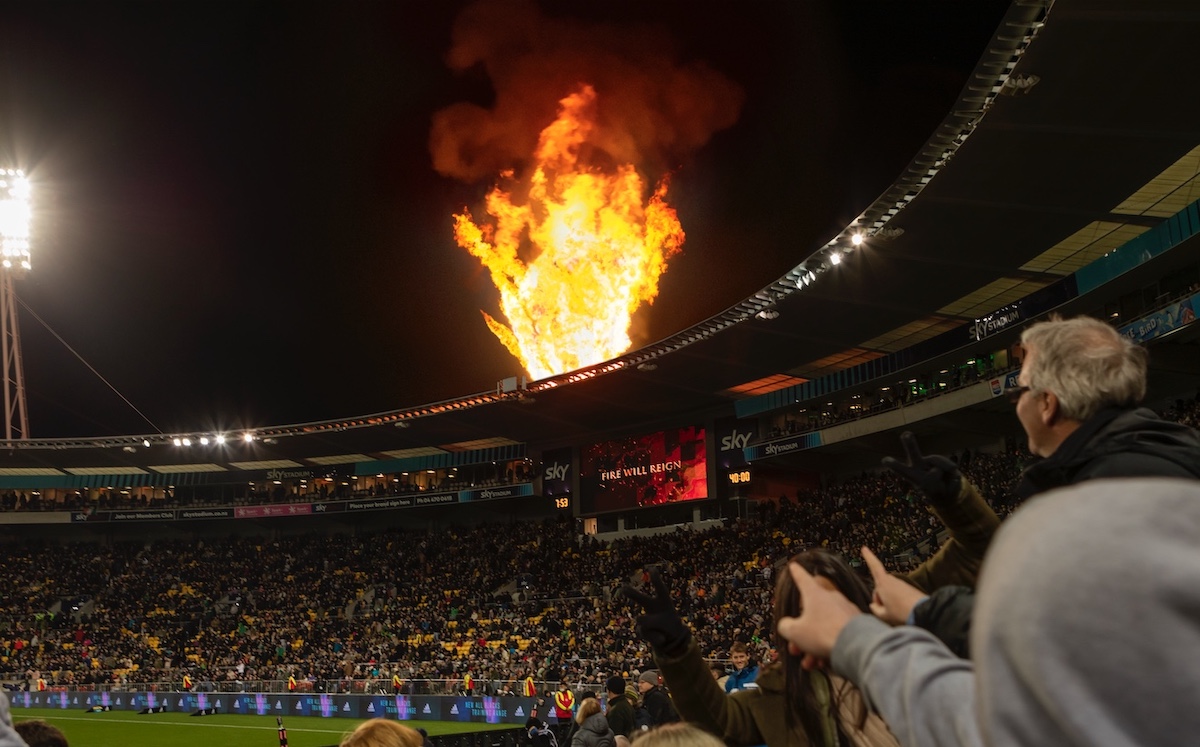 Says Sophie Moloney, chief executive, Sky: “Sky’s commitment to delivering world leading content to New Zealanders is well-established, and we are all eagerly anticipating House of the Dragon. As we look forward to the premiere on 22 August, we wanted to create genuine excitement and shareable moments for our customers and all Kiwis, and what better place to do it than at Sky Stadium. As the home of HBO’s House of the Dragon (and Game of Thrones) in New Zealand, we wanted an activation that felt true to the spirit of the programme but would also delight spectators at Sky Stadium and viewers at home alike. The Monkeys have certainly delivered on both fronts.”

Says Justin Mowday, chief executive officer of The Monkeys Aotearoa, part of Accenture Song: “Sky TV have the best sport and the best TV shows in the world on their channels, so it made sense to bring them together – launching HBO’s House of the Dragon within an All Blacks test match, at Sky Stadium. We wanted to make the promotion as epic as the show, what could be better than a dragon landing on the roof of a stadium in front of 38,000 people?”

Sky would also like to thank the teams at New Zealand Rugby and Sky Stadium for all their support.

House of the Dragon premieres on Monday 22 August on Neon and Sky Go, and on SoHo at 1pm and again at 8.30pm.