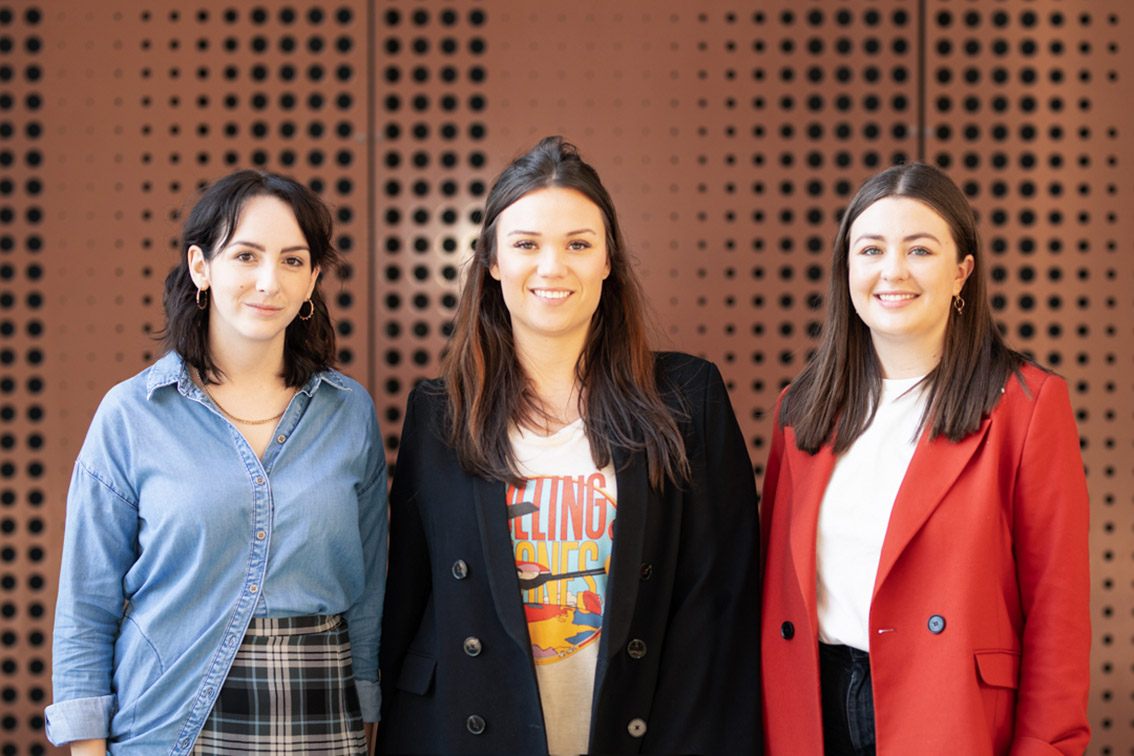 After four years in the committee and two as co-chair, Initiative’s Ali Mackellar (centre) has stepped down from her position at Youngbloods WA.

In her place, 303MullenLowe’s Eloise Cribb (right) will step up to the plate after two years with Youngbloods WA, including one as the committee’s treasurer. Anneliese Sullivan (left) will retain her position as co-chair.

“I have thoroughly enjoyed being part of Youngbloods for the last four years and bringing the Perth advertising community together,” says Mackellar.

“I couldn’t be happier to hand the reigns over to someone as talented as El. El’s a smooth operator which combined with Annie’s creative mind makes for a powerful duo of leaders. I will be enthusiastically cheering from the sidelines.”

Cribb said: “We’ve had an incredible start to the year with Battle of the Bands, and it’s only set to get better as the year goes on,” she says. “I’ve definitely got some large boots to fill with Ali’s departure, but I’m looking forward to leading the committee with Annie and working closely with the national Youngbloods team to continue to empower young professionals in our industry.”

This new appointment is just another string to Cribb’s bow, having recently been named Supernova of the Year in the Campaign Brief Awards.

The wider committee has also seen a reshuffle in 2021, with several members moving onto new opportunities. The new Youngbloods WA committee is made up of:

Keep an eye out for the next Youngbloods event, coming up soon in May.

If you are interested in getting involved with Youngbloods WA as a sponsor, committee member, or event partner, please reach out to Anneliese or El, or get in touch via Facebook.