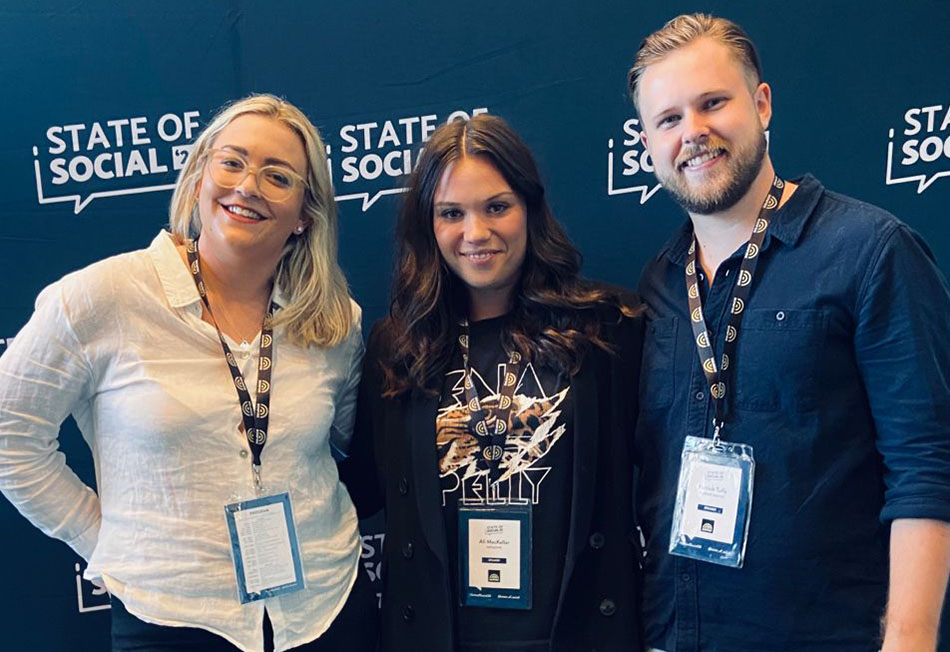 Advertising Council Australia’s WA Youngbloods took the stage at the long-awaited State of Social event on 24 November at Optus Stadium in Perth to participate in a topical and thought-provoking debate: ‘Does social media affect your mental health?’

According to the team’s argument, social sucks you in and makes you crave disconnection from the real world through its algorithms, serving you more and more content that you are have shown an interest in, taking you further down the rabbit hole and affecting your mood.

As humans, we have always needed human connection and interaction to thrive and survive and social platforms have largely replaced these connections (as can be seen in a pub when people have friends around them but they’re scrolling through their phone!).

The team drew from their own experiences and told heartfelt stories about how the social world has helped them connect with other people all around the world, to help cope with personal struggles and inner turmoil. Social media, had, in fact, helped them feel part of a community and connected them to the wider world.

They believed that rather than the algorithm being blamed as the sole contributor causing social media mental harm, the responsibility lies with the user to moderate their own content and screen time.

“Both teams were extremely articulate, polished, and put forward very compelling arguments,” said ACA WA State Manager Melissa Vella. “In the end, it came down to an audience vote by way of flashing YES or NO cards. It was tight, but the audience agreed that social media does have a negative impact on mental health.”

“Thanks to Meg Coffey (Coffey & Tea) for allowing our talented WA Youngbloods to take the stage and tackle a very important issue. Well done to both teams for exceptional viewpoints and, as mentioned by Emma Hollins from the winning team, we all have a responsibility as marketers and advertisers to ensure the content we put out into the world is a positive one,” said Vella.