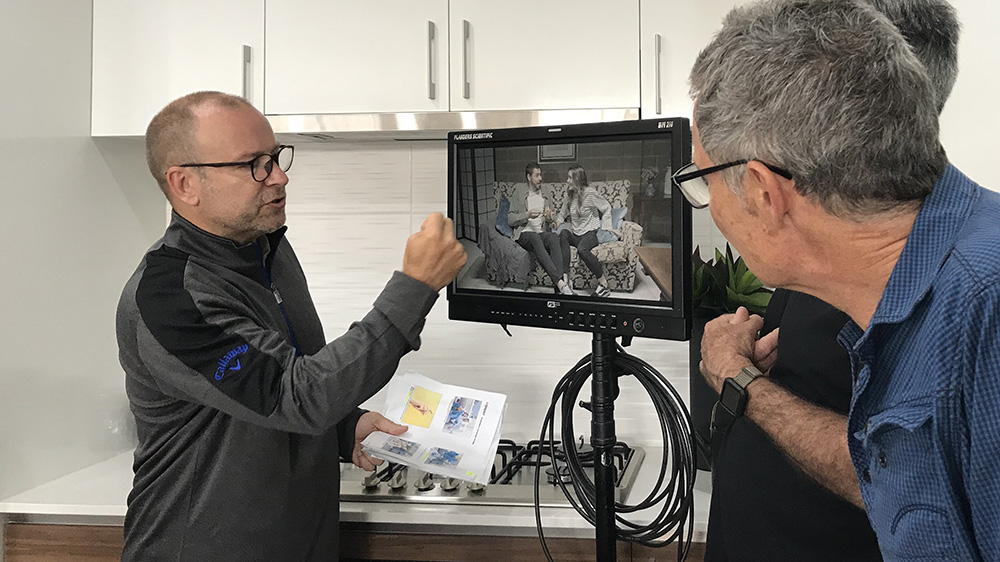 After 26 years working together, 22 years of them as Split Screen Productions, Producer Lee Guy-Wallis and Director Scott Wright have announced their working partnership has come to a friendly but sad end.

“Scott was offered a contract in communications at Perth Airport. Unfortunately for both of us, he made the difficult decision to hang up his clapperboard and stay on,” said Guy-Wallis.

“It was all extremely amicable and I know it was a tough, life-changing decision Scott had to make. We are still the best of friends.”

Guy-Wallis said after Wright’s decision to leave, Split Screen had a plethora of work come in and Asia-based Director, Peter Aquilina (pictured above) had seamlessly taken up the reins.

“I am so grateful to Trilogy, Creative ADM and AdImpact that they trusted me to go with Peter. I knew that his thirty-plus years of experience would bring something unique to each job. As it turns out, he brought more to the productions than even I expected. His knowledge of cameras (having owned his own camera house in Jakarta) as well as post and SFX expertise (having worked at VHQ Singapore) combined with his ability to control a happy set, engage the talent and come up with creative ideas made for great outcomes.”

Aquilina has been part of the Split Screen team for just over a year, initially working in Perth on campaigns for The West Australian and Sunday Times. Most recently he has directed TVCs for Dale Alcock Homes, and followed that with some TVCs for the Department of Communities via Creative ADM, where his all-round expertise came to the fore.

Due to the transitions he devised on the DOC job, Aquilina started working on the offline edit on-set. After each set-up, he edited the transitions together to ensure they worked. By the end of the shoot, there was an offline ready for approval by the agency and client.

When AdImpact created a concept for their client WA Building Company which entailed having a genie coming out of a lamp, Aquilina directed, working with DOP Mark Zagar. Upon completion of the shoot, Aquilina took it upon himself to play with the post effects to see how various layouts worked. The process worked so well that he and Ad Impact creative Luka Znoar completed all of the visual post effects together.

“Watching Pete work from a laptop creating detailed effects using vision shot on green-screen showed how talented he is. It even blew me away,” said Guy-Wallis.

After meeting Aquilina, AT Creative’s Andrew Tinning entrusted Split Screen with a five day shoot for new client Close Comfort. The shoot involved two days in Perth and three days in Marble Bar. To keep it lean, Guy-Wallis managed all the pre-production elements and Aquilina directed, shot and edited 18 spots.

Since he has been based in Perth, he has also directed, shot and edited corporate videos for Synergy and Horizon Power.

Aquilina said the creative experience of working here had been very rewarding and led him to relocate.

“I have found myself enjoying the production structure and clients here so much that I have made the decision to base myself back in Perth as a permanent part of Split Screen. Asia has been good to me and although I have constant offers of work from there, I have such a hoot working with Lee and know our combined experience brings something unique into the Perth market.”

Guy Wallis said she was looking forward to a new chapter for the company.

“You bet I will miss working with Scott but I am so thrilled about how Peter and I plan to take Split Screen to a whole new level with a structure that will be a first for Perth. One door shuts…you know the rest!”