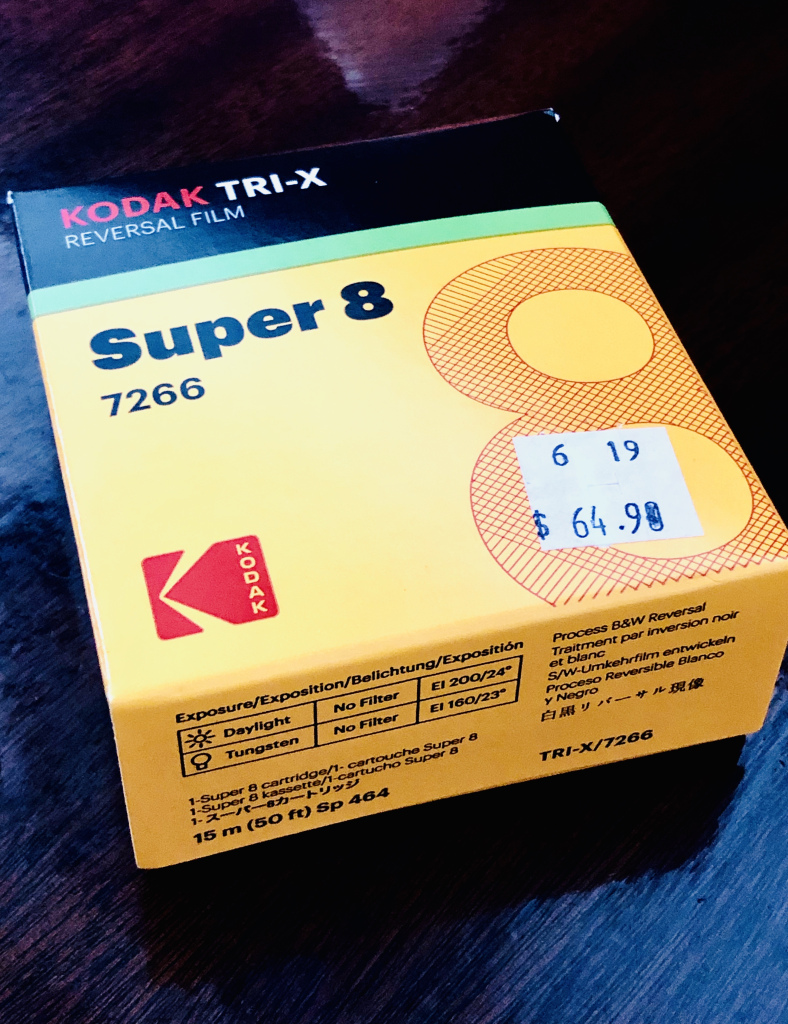 “Look, that’s why there’s rules, understand? So that you think before you break ’em.” – Terry Pratchett

After Cannes, I found it difficult to write anything. It felt like everything had been said. It had been dissected in a million different ways. There is a frenzy after Cannes to explain what it all means. And normally, I would be right there. This year, I needed a moment. I tried to move on and ignore it all but something kept gnawing away at me. I felt I needed a rant but I didn’t know what I wanted to rant about.

While this itchy-scratchy feeling was happening I walked into an old camera shop my son Jake had found. He had bought an old 70’s 8mm film camera for 35 dollars. As a smug former photographer, I told him he would never find film or batteries for a camera that old. He proved me wrong – in a single morning. Walking into the store was like walking into my past. Kodak, Ilford, Nikon F3’s on the wall. I don’t know why it amazed me but it did. It was like finding a beautiful old Ford Mustang in amongst a whole lot of bland Ford Mondeo’s.

I asked Barry the owner if he ever sold anything. He said he was selling two film cameras a day and processing about 20 rolls a day. And, he said with a smile, all to young people. I asked him why he thought that was. He eloquently said you can shoot 300 photos with a smart phone, but it’s too easy. It all looks the same. He laughed and said it becomes meaningless. You don’t think. So you don’t care about what you have done. People want it to mean something. They want it to be a bit hard. And, most of all, they don’t want to be like everybody else.

Maybe it’s because I was in this strange back to the future store but his words stuck in my head.

So here goes. Here is my rant.

Firstly, there was a lot of great work at Cannes, as there always is. And having a purpose as a brand can be a powerful force when done authentically.

But there was a term I heard recently: Woke washing. Another was Sadvertising. You will see a huge amount of this work is winning these days. But that wasn’t the itch for me. The itch that needed to be scratched was the attempt to use purpose (often tenuously with very little connection to the product) to evoke the same sad emotions over and over again. And yes, I understand the world is not a happy place right now and that brands can play a massive role in changing it for the better. If they are being authentic. Still, I couldn’t help wondering if Volvo’s Epic Split would still win a Grand Prix these days. You know, just something funny, clever and well made. Something that is designed to sell stuff. I mean that is the business we are in, right? Selling. I wondered if we as an industry are painting ourselves into a very narrow corner where having a purpose is rewarded far more than building a brand. (I know some will say that can be the same thing but I think that it is only true for certain companies). I wondered if the advertising of a company whose only purpose is to make great cheese could win anything of consequence. I wondered if we now have a very set pattern of success? A pattern that will be broken. Because, mark my words, that is what creatives do.

Or, in the words of Barry. “It all looks the same and feels the same. He laughed and said, it becomes meaningless. People want it to mean something. They want it to be a bit hard. And, most of all, they don’t want to be like everybody else.

I think I am going back to the store to buy some film.