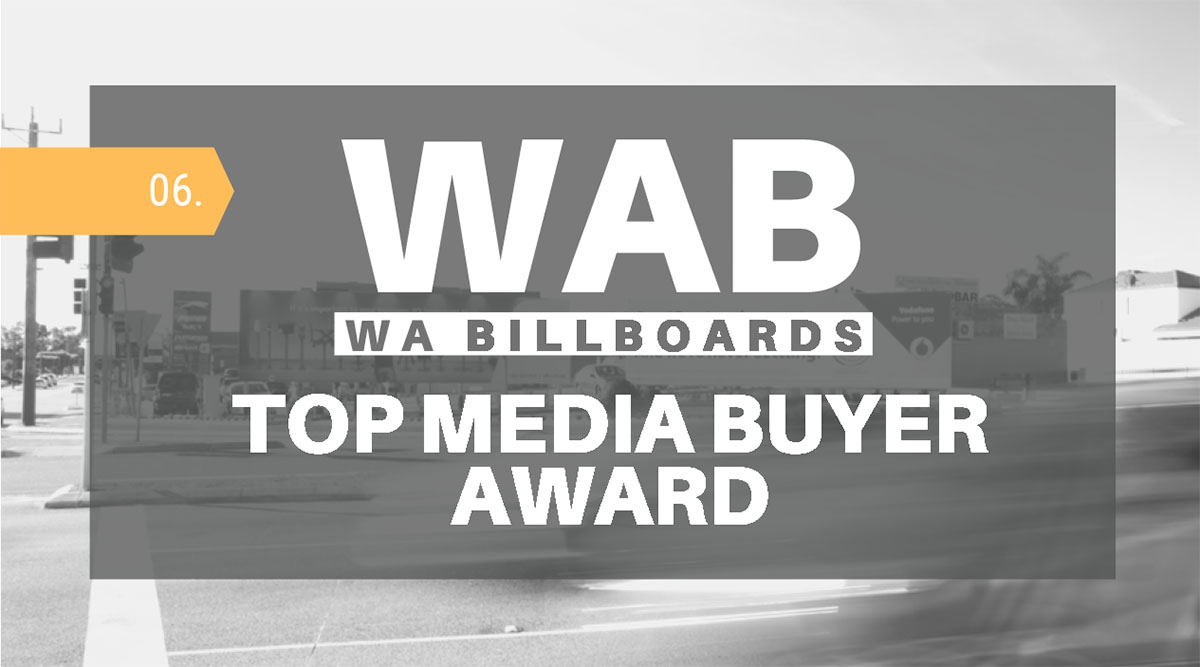 As the financial year came to an end, the competition to win WA Billboards Top Media Buyer award ramped up with Carat’s Joy Powell taking the prize.

Powell secured the top spot with an impressive regional billboard campaign. She was followed closely by Brooke Higgins from Mentor Marketing, and Douglas Logan-Nelson from OMD.

“As we approach the one year anniversary of this promotion, we are seeing a growing recognition towards the award and are extremely pleased with how it’s being received,” said WAB directors Steve and Kerry Robinson.

“Big congratulations to Joy and we hope she enjoys her prize.”

This month marks one year since the award first began and the team at WA Billboards looks forward to presenting more prizes to media buyers over the 2019/20 financial year.