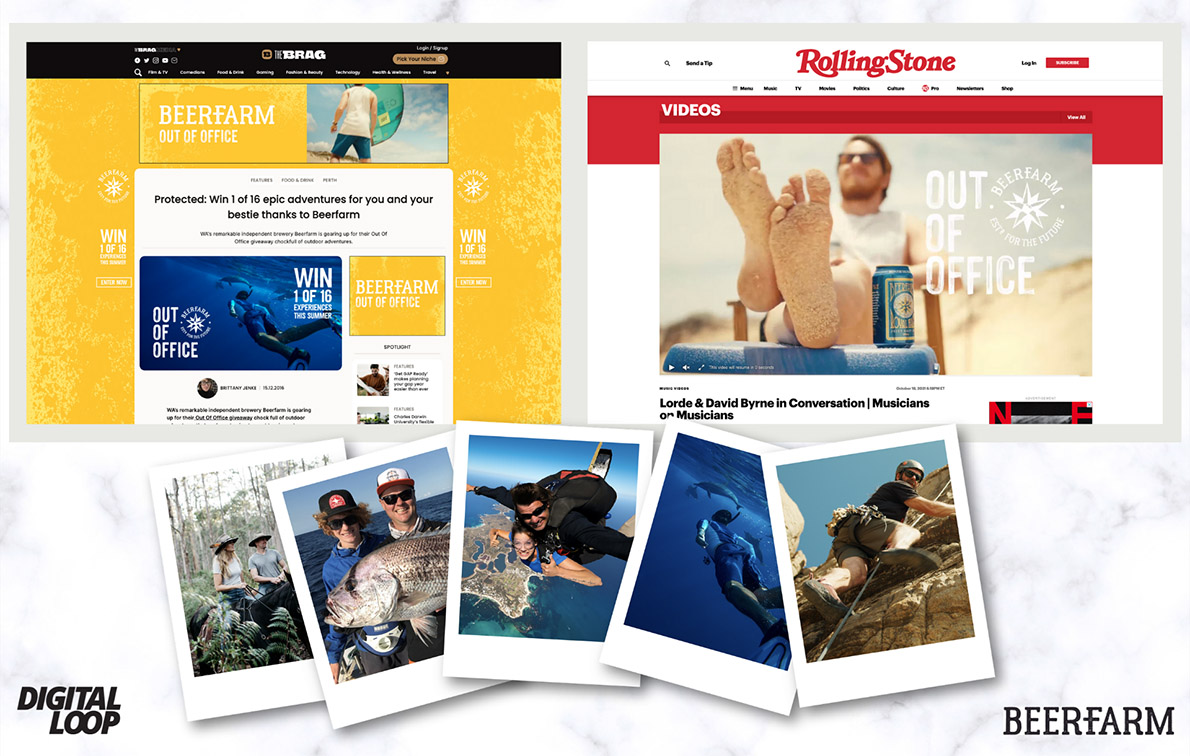 If you’ve travelled to the South West of Western Australia, you may have come across craft brewery, Beerfarm. Located in Metricup, they produce ales, lagers, IPAs and a fresh cider.

Digital Loop recently partnered with Beerfarm for the brewery’s first advertising campaign since their foundation.

Georgie Strain, Campaign Coordinator at Beerfarm, says: “we were so excited to partner with Digital Loop and Rolling Stone for Beerfarm’s first foray into the digital publisher space to increase our brand awareness, nationally in a thoughtful way. We are running an experience based competition that highlights getting Out Of Office and into the wild, on a land or sea adventure around WA and NSW.”

Digital Loop also provided HTML production to the campaign, part of a new company expansion into digital led production services, which will be announced in 2022.