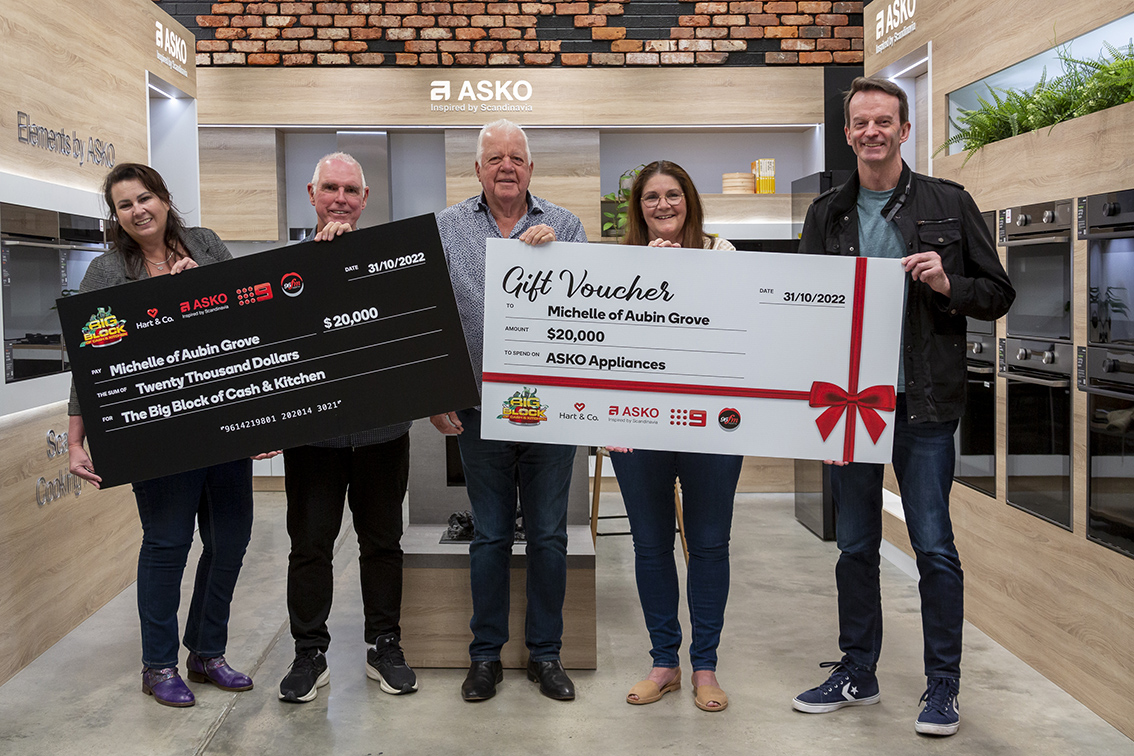 Back for its second year, The Big Block of Cash & Kitchen came to a spectacular finale earlier this month with one lucky Perth entrant winning $40,000 worth of cash and ASKO appliances from Hart & Co.

Across four big weeks, hundreds of Perth hopefuls watched Channel 9’s The Block each night for the Blockword, then tuned to 96FM the following day for the chance to play. Successful contestants got one entry in the draw, and having the correct Blockword from the night before unlocked nine entries into the competition for them.

The popular campaign which returned for its second year, was brought to life via creative collaboration between 96FM, Channel 9, Hart & Co and ASKO, delivering unrivalled reach and premium brand exposure for all parties across multiple platforms.

Michelle from Aubin Grove received the surprise call from 96FM’s Clairsy & Lisa and claimed the grand prize worth $40,000. Michelle and her husband were presented with the big cheque last week at Hart & Co (pictured), together with Rick Hart and Clairsy and Lisa.

The Block finale which aired on Sunday, November 6, was Perth’s dominant No.1 program across ALL demos and Total People in Perth, peaking at 157,000 viewers locally and securing a phenomenal 2.598 million viewers nationally.