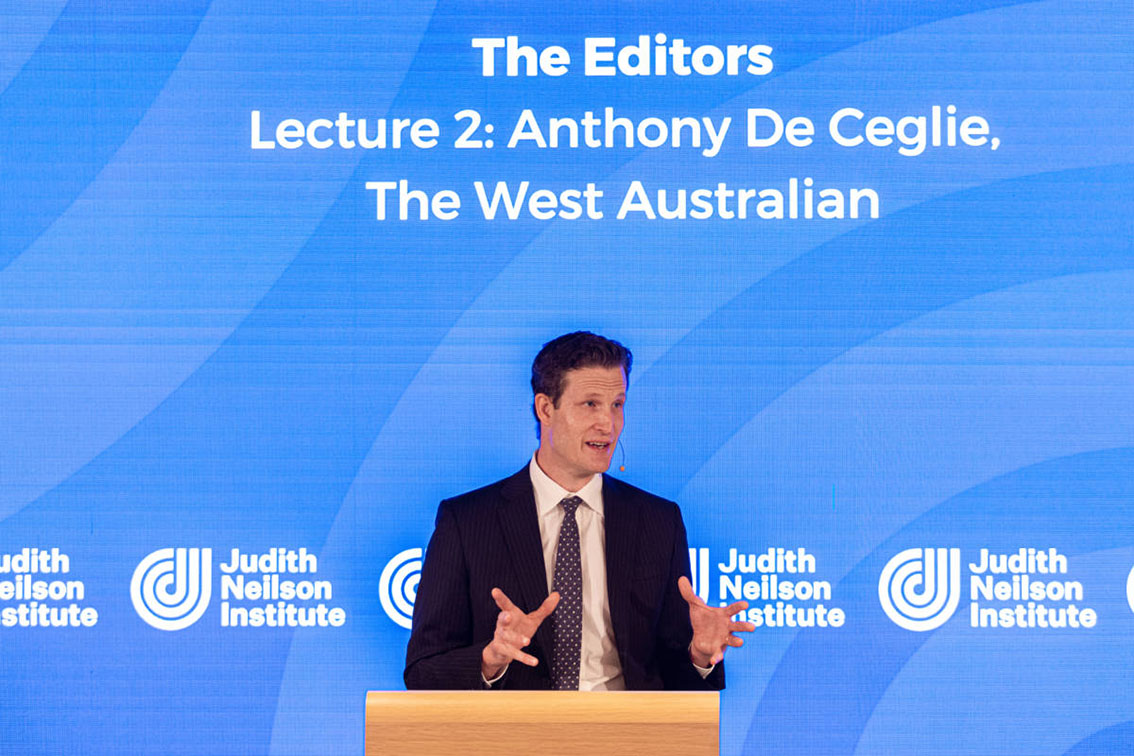 Make the audience care. That is The West Australian Editor-In-Chief Anthony De Ceglie’s core mission, underlined as he delivered the second lecture in the Judith Neilson Institute’s event series ‘The Editors’ in Sydney last week.

De Ceglie said: “My job as an editor is to make the audience care.”

In his speech, De Ceglie touched on the latest Roy Morgan figures, cementing West Australian Newspapers as the fastest-growing cross-platform news brand in the country, with a year-on-year growth of 19.4 per cent, reaching a staggering 4.6 million readers every month.

De Ceglie also highlighted some of the changes he’s made at The West Australian, which have engaged audiences in new ways. From launching a fully-fledged video department that produces Netflix-style multipart documentaries, to a state-wide search for a citizen reviewer to become the sixth member of the new food and wine A-Team.

A key takeaway message from De Ceglie? “We are seriously only just getting started.”