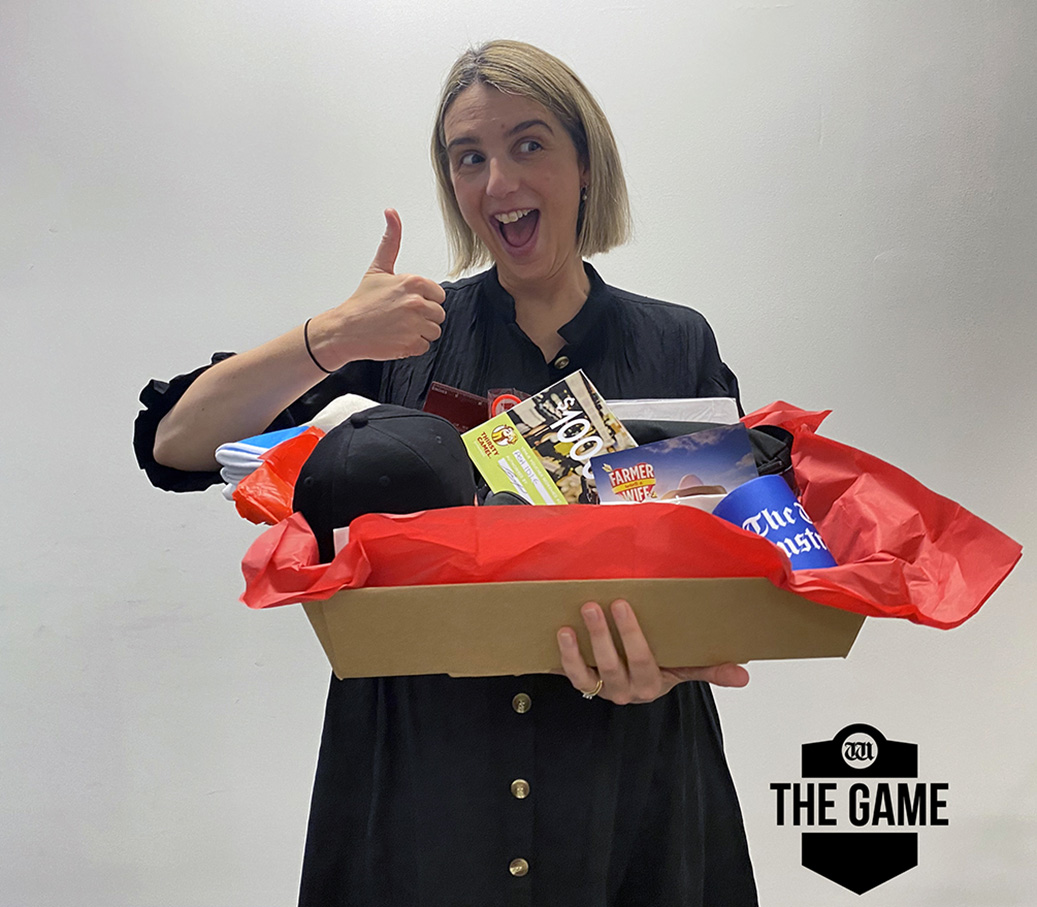 As far as Ashleigh Idle from Match & Wood is concerned a win by default is still a win no matter how it happened and she’s pretty happy to have taken out the top prize in Seven West Media’s Agency Footy Tipping Competition. “A winner by default! All I can say is, it’s been a good year to be a Dockers supporter”, says Idle.

Appearing in the leaderboard since round two and firmly securing her position in 2nd place for a majority of the season, Idle was a force to be reckoned with from day one. “My strategy has always been to never tip against your team. No need to panic, just stick to the favourites” said Idle as she reflected on the ups and downs of the season. Gracing the number one position from rounds five through to eight, it wasn’t until round nine that Seven West Media’s own Agency Sales Manager Jamie Grindley stole pole position from her (how? We still don’t know). With little luck throughout the rest of the season despite multiple attempts to gain it back, Idle finished second.

Thankfully (for Idle) SWM employees are ineligible to win any prizes so whilst Grindley pours over the terms and conditions after being stripped of all accolades, Idle has taken home a $1000 Thirsty Camel voucher that she is looking forward to enjoying very soon and a box of very exciting merch that she claimed she would share with the Match & Wood team.

Registration for the 2022 Cricket Tipping season is now open so make sure that you register to play at thegame.com.au

The SWM Agency Cricket Tipping Competition will also be returning to your inboxes this upcoming season, for details on how to join contact swmagency@wanews.com.au