A unique, world-first store has opened on Oxford Street, Sydney. The supermarket, purportedly selling humans, stocks a range of over 70 products that each represent a victim of modern slavery in Australia. This compelling and confronting experience is designed to raise awareness and raise funds for Anti-Slavery Australia (ASA) with products ‘purchased’ in the store equating to donations.

Around 15,000 people are being kept in slave-like conditions in Australia today, used as domestic workers, cheap labour in sexual exploitation and trapped in forced marriages. The issue goes under the radar with only one in five victims detected and most Australians unaware of the grim reality.

Cocogun developed the concept to support ASA’s ongoing efforts to abolish modern slavery in Australia. ASA are leaders for, and advocates of, the anti-slavery movement here in Australia. They are the only specialist legal practice, research and policy centre committed to the abolition of modern slavery, including: human trafficking, forced labour, servitude, and forced marriage. 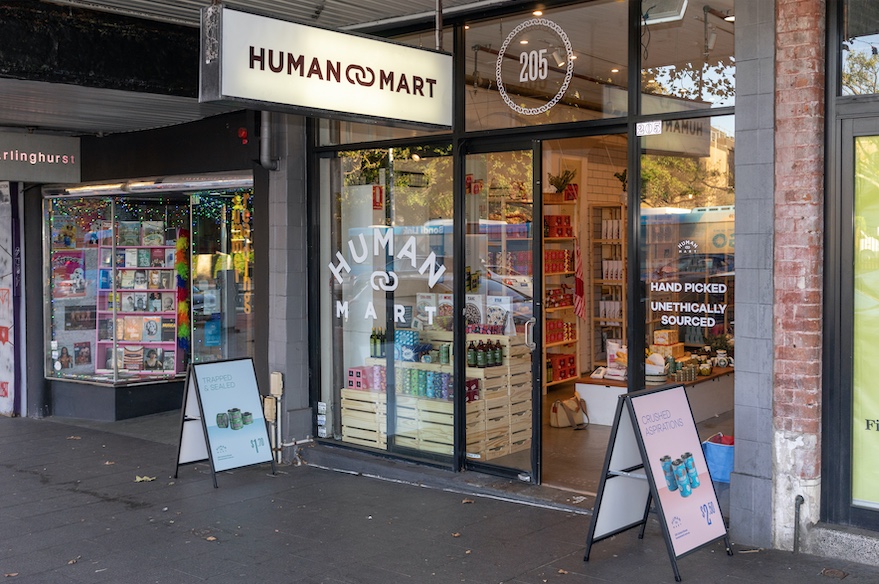 The Glue Society have brought the vision to life, collaborating on every element, from product design and aesthetics through to store layout.

Independent communications agency, Candid Communications are leading the media relations and press strategy behind the launch of Human Mart. 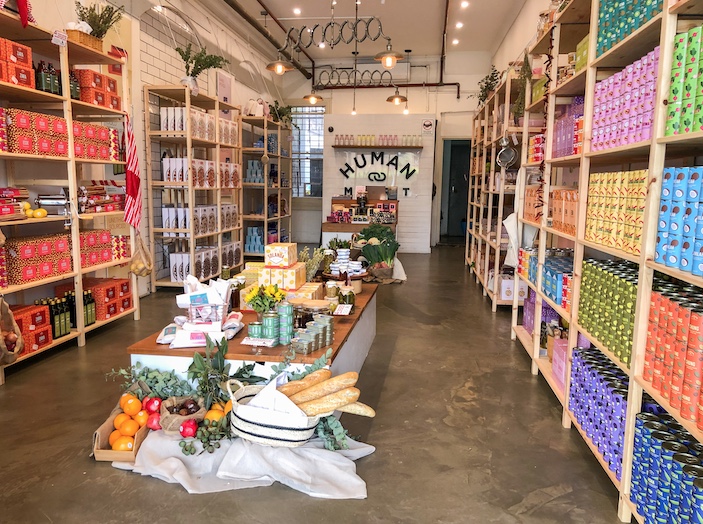 Says Professor Jennifer Burn, founder, Anti-Slavery Australia: “This is a truly brilliant way to raise awareness about all forms of modern slavery and have real impact to prevent these human rights abuses and better protect victims. These agencies are inspiring, it has been a joy to work with such creative and artistic people.”

Says Chiquita King, co-founder and managing director, Cocogun: “It’s a privilege when you work with a client who believes in the power of an idea and encourages you to pursue the vision to its fullest extent. Professor Burn is a force of nature and the work her team are doing for victims of modern slavery is inspiring to say the least. Collaborating with The Glue Society reminded me that the people you surround yourself with to meet the ambition, is as important as the idea itself.” 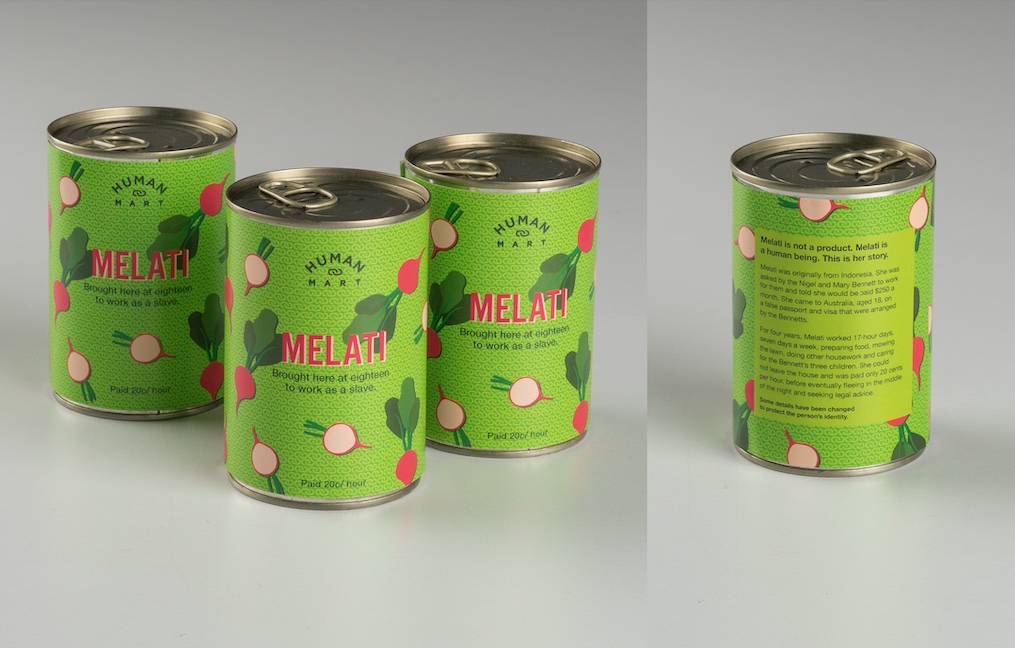 Says Alice Cogin, director at The Glue Society: “This has been a project 18 months in the making and a true labour of love. We were set to launch Human Mart last year, the week that Australia went into lockdown and so, to be able to bring it back this year has been extremely rewarding. For most Australians, we are unaware of the prevalence of modern slavery in our country. It’s easy to think that these types of things don’t happen here, but they do. It was important to us that this initiative honour the individual stories of survivors and demonstrate the need for more awareness and ultimately more action.’

Open to the public from today Tuesday, March 16 through to Thursday, March 25 from 10am-6pm, all funds raised from Human Mart will be donated to Anti-Slavery Australia in support of victims and survivors of slavery. To find out more about Human Mart, how you can support the cause, or to donate online, visit www.humanmart.com.au or @thehumanmart. 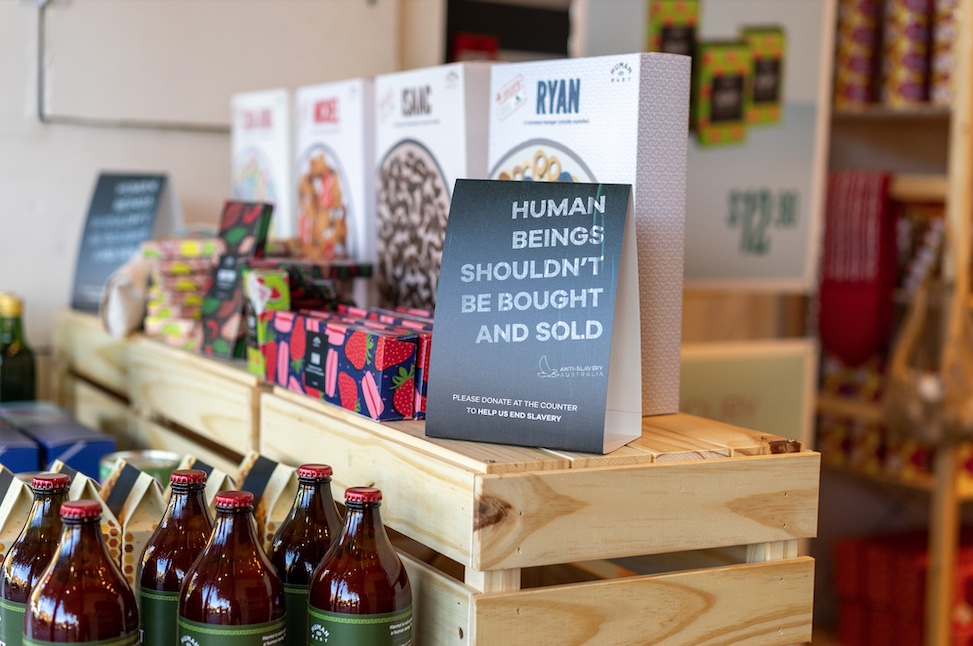 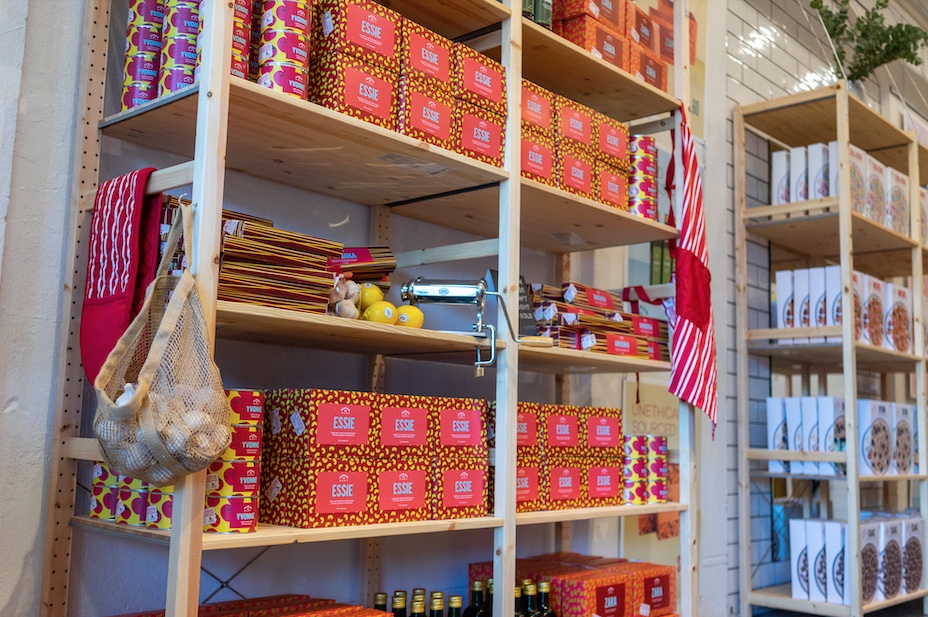 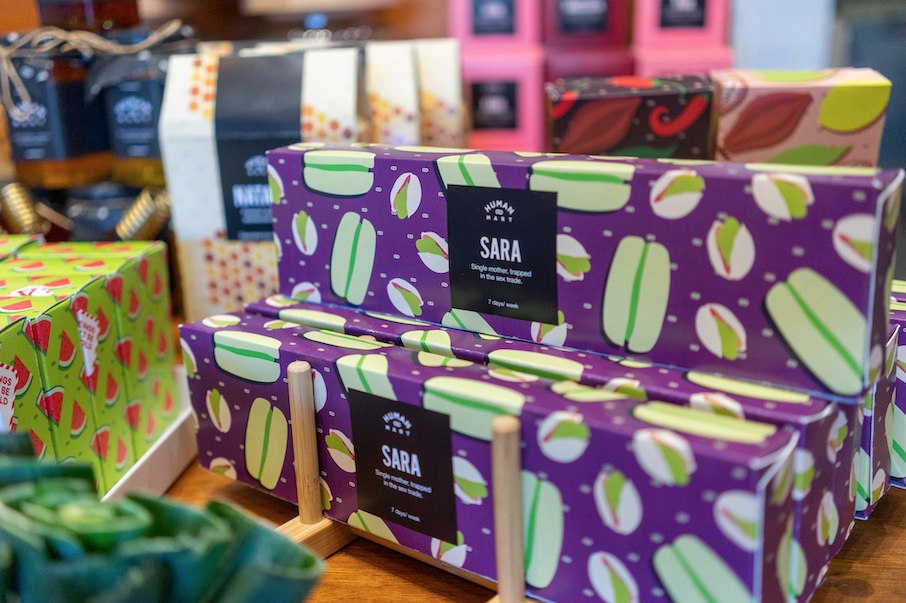 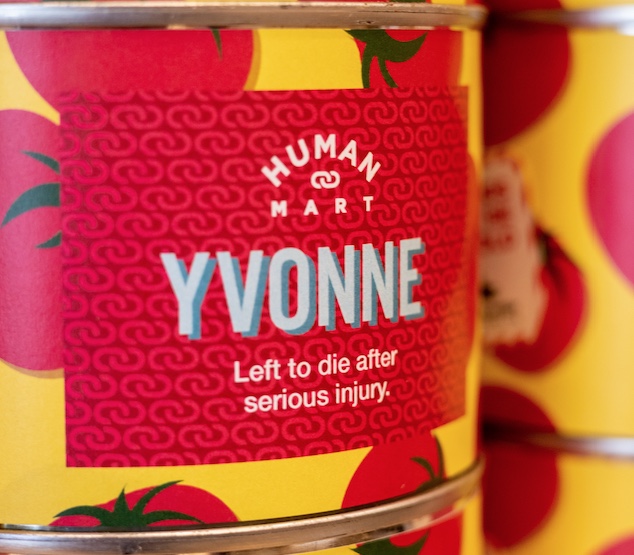 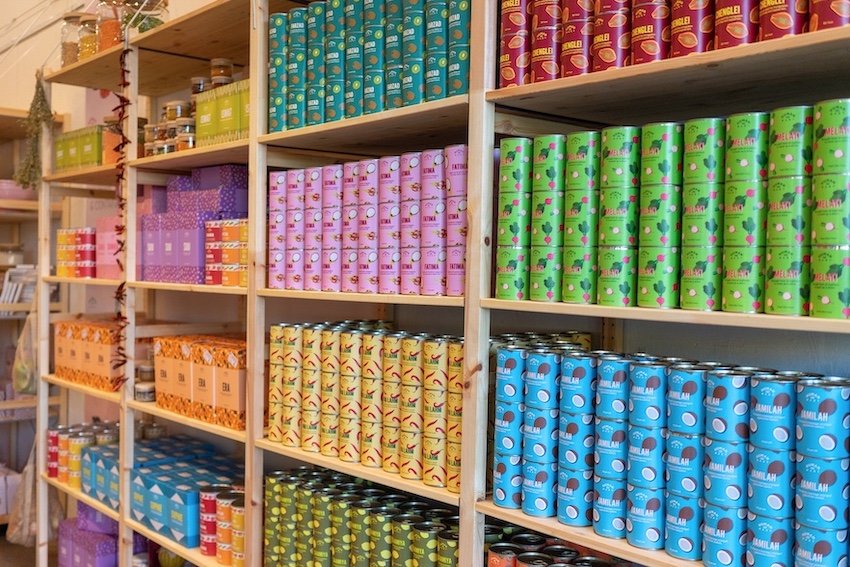 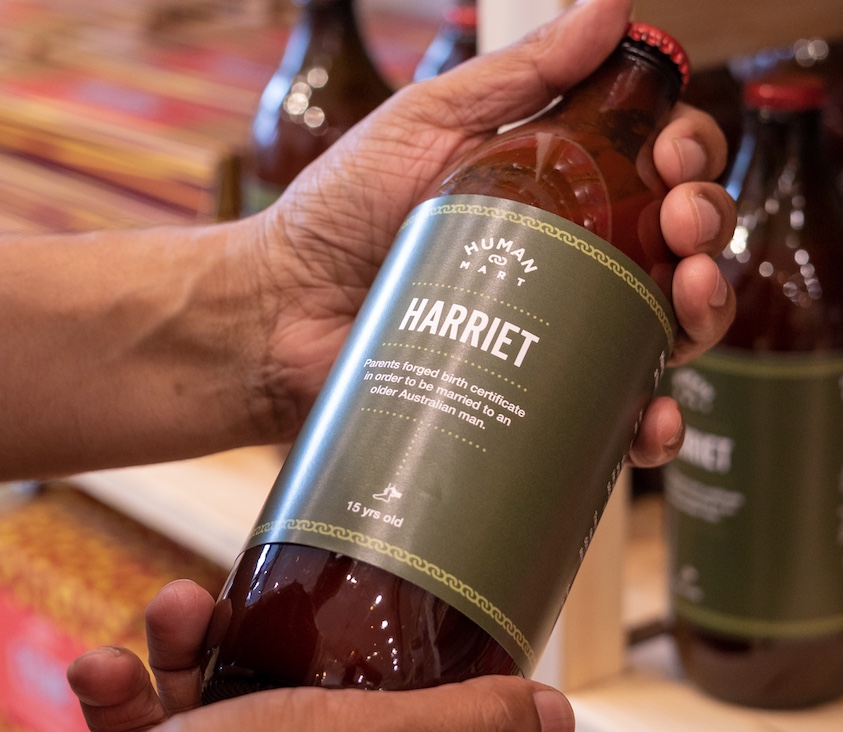 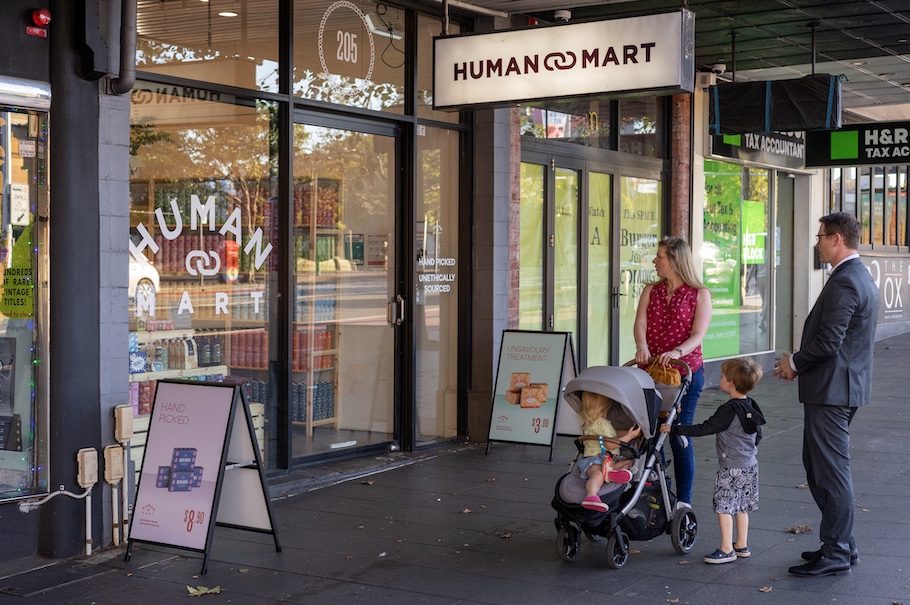 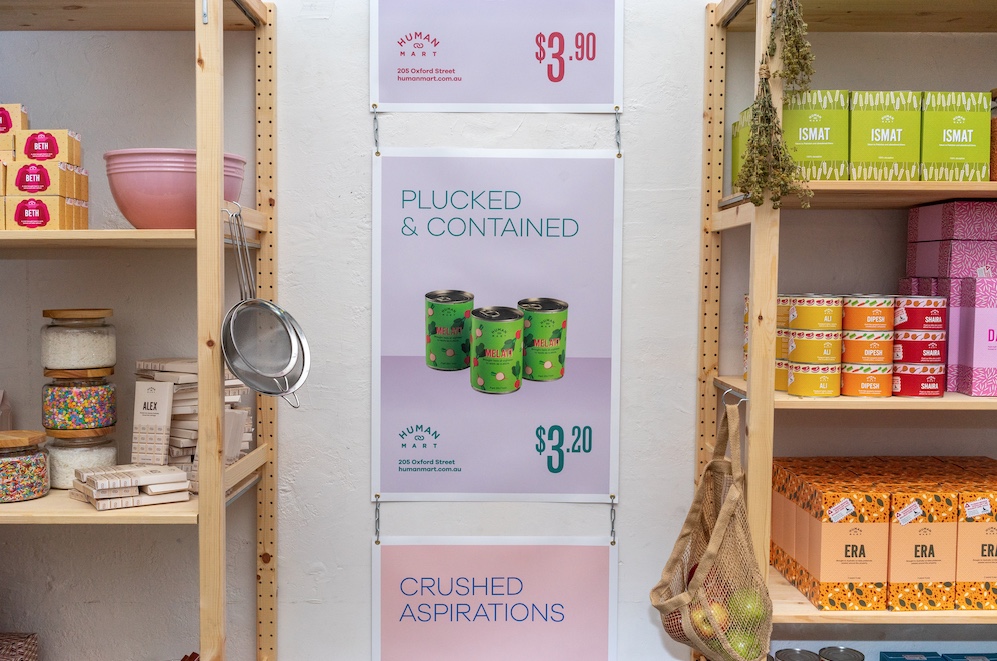