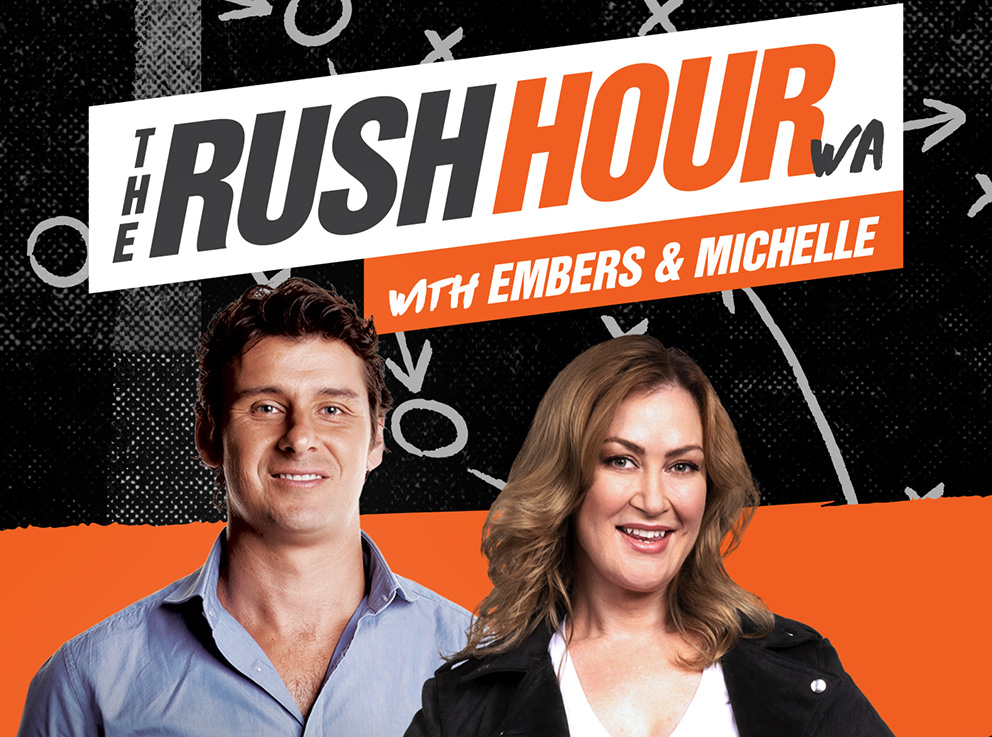 In great news for the Perth radio industry, 92.9 Triple M has unveiled a new, all local Drive show called The Rush Hour to be fronted by Andrew Embley and Michelle Anderson.

According to 92.9 Triple M Perth Content Director, Tim Arnold the new ‘national to local’ approach for Triple M reinforces their commitment to the best and most relevant content for audiences, with a key focus on local sport and entertainment.

West Coast Eagle and 2006 Norm Smith Medallist, Andrew Embley will join forces with current Western Australian Hit Breakfast co-host and comedian Michelle Anderson for The Rush Hour with Embers and Michelle on 92.9 Triple M Perth. It marks Anderson’s return to Triple M, as she co-hosted The Grill Team Breakfast show in Brisbane. The show will be live in Perth and broadcast on delay in regional WA.

Michelle Anderson said: “It’s great to be back at Triple M and even better to be part of a new show that’s local for Perth! I promise the people of Perth every time Embers mentions his illustrious AFL career I will bring him down a peg with stories of my heady days in regional dressage competitions.”

Arnold, said: “When Michelle was first introduced to Embers a year ago, she had to pop off and Google who he was. Now they are like two peas in a very loose pod. There is no other way to describe these two together. I cannot wait for Perth to meet them and give this city something it’s been missing for a long time – a live, local Drive show!

“I also want to thank Lachy Reid for being such a huge part of Rush Hour WA in 2021. Unfortunately, due to Lachy’s commitments with Ten News, he’s unable to join the team full time in 2022, however he will continue to be a much-loved part of the 92.9 Triple M family, including as a lead caller for Triple M Footy.”

Head of Triple M Network and LiSTNR Sport, Mike Fitzpatrick, said: “We’ve built a sensational line-up of sporting legends and exceptional broadcasters for Triple M Drive next year. We’re excited to be taking this leap forward in local formats to answer the cry for more local passion, served up in the distinct Triple M style. Of course, leading the teams onto the field will be the enormously successful Marty Sheargold Show from 3.00pm. Marty’s show launched earlier this year and has already grabbed the attention of listeners and won the ratings trophy.”

The Rush Hour with Embers and Michelle show will be available to live stream or as catch-up on the LiSTNR app.