Alcohol. Think Again. educates WA community of the dangers of drinking during pregnancy in new campaign via 303 MullenLowe

Alcohol. Think Again has launched a new public education campaign via 303 MullenLowe, to inform the Western Australian community about the risk to babies from alcohol use during pregnancy.

The campaign’s key message of “any amount a mother drinks, the baby drinks” challenges the inaccurate belief that a mother’s placenta protects a developing baby from alcohol. If a woman drinks alcohol during pregnancy, the blood alcohol level of the baby is similar to that of the mother, with research showing that even small amounts of alcohol during pregnancy can be harmful.

Says Richard Berney, executive creative director at 303 MullenLowe: “The research we were given to work with was very powerful, and we channelled it as simply as we could. Any amount a mother drinks, the baby drinks is a striking fact and deserved a striking demonstration.

Says Tahnee McCausland, senior project officer, Public Education and Health Promotion: “While our recent research found most women believe alcohol should not be consumed during pregnancy, it also highlighted the need for continued education as 15% of WA women still reported drinking alcohol during their last pregnancy and 1 in 3 were unsure how much alcohol was okay to drink during pregnancy.”

The timing of the launch of the ‘One Drink’ campaign aligns with the National Health and Medical Research Council strengthening its advice relating to pregnancy in the Australian Guidelines to Reduce Health Risks from Drinking Alcohol. The Council now recommends that women who are pregnant and planning pregnancy should not drink alcohol.

Prenatal exposure to alcohol can damage the baby’s brain, resulting in severe and permanent physical, mental and behavioural disabilities, known as Fetal Alcohol Spectrum Disorder (FASD). There is concern that as many as 2% of all Australian babies may be born with some form of FASD.

The campaign’s media strategy is led by state-wide TV and supported by cinema, radio, out-of-home advertising, digital and social advertising and paid search.

More information is available at www.alcoholthinkagain.com.au, including where to go if you are concerned and for tips to support pregnant women to stay alcohol-free. 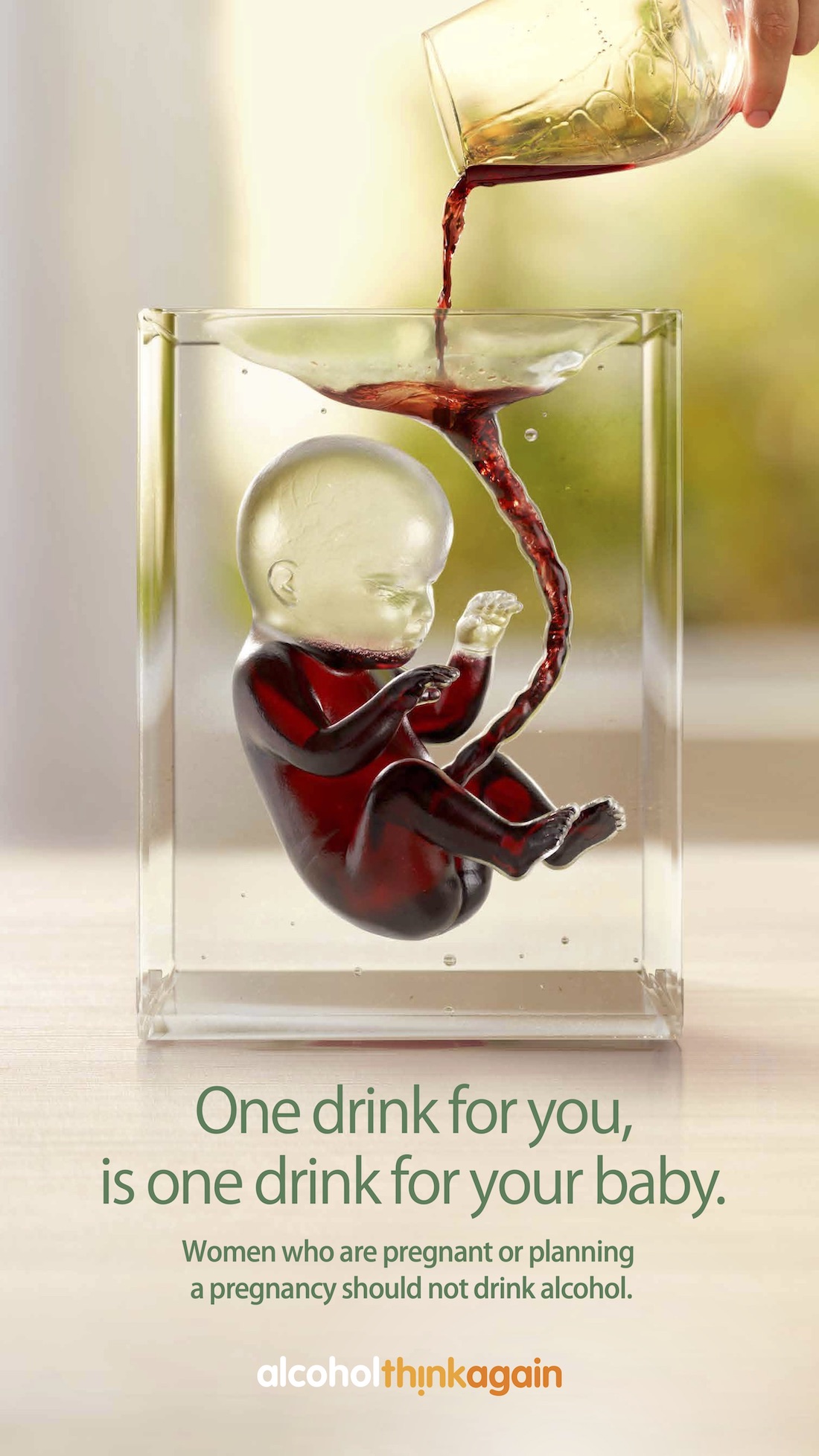