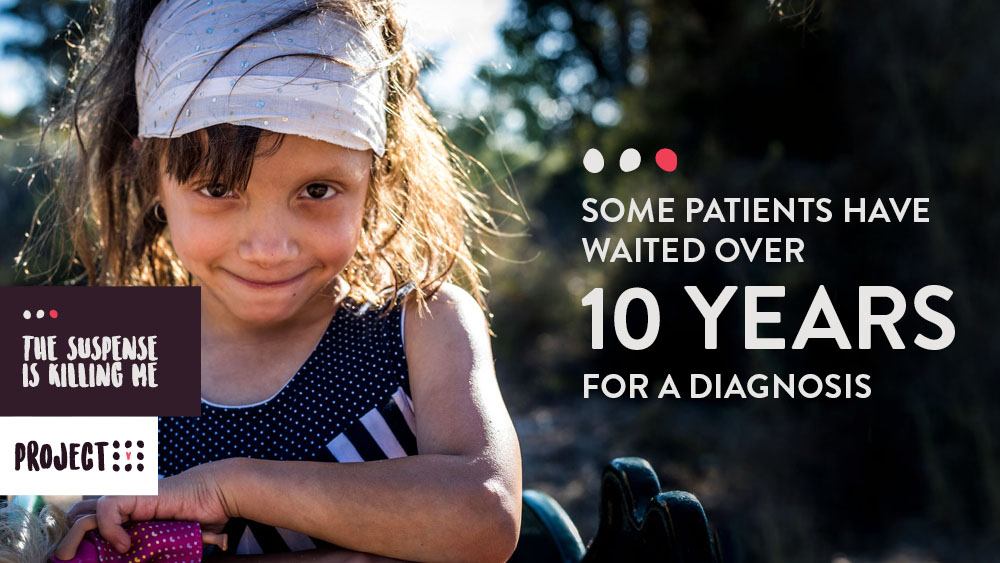 A collaborative partnership of creatives and strategists including Anthologie, Pretzel Communications, &Partners and other Perth agencies has created a new campaign to raise awareness of Project Y.

Aimed at providing diagnosis and treatment for a long list of medical mysteries one child at a time, Project Y is an initiative of a band of very special specialists at the Perth Children’s Hospital, led by Dr Gareth Baynam.

500,000 Australian children, and 100s of millions globally, are living with rare and undiagnosed diseases. Most of these kids and their families live their daily lives with a lot of uncertainty and very few answers. Baynam said the campaign theme – ’The Suspense Is Killing Me’ – echoes how these families and kids feel without a diagnosis of their disease.

“The idea behind the awareness campaign was to initially engage high profile comedians to film themselves telling a joke and to purposefully, with long awkward pauses, leave the punchline out, so that we are all kept in suspense. To date a number of the world’s leading comedians including international artists such as Arj Barker and Stephen K Amos have come to the party to leave us in suspense waiting for the punchline to their jokes.”

“Project Y is a new initiative established here in Perth, and we are working to diagnose rare diseases suffered by children in WA, and globally. This campaign will go a long way to raise awareness of the initiative and the half a million children living with undiagnosed diseases, which is enormous group of sick kids in Australia, and represents a global grand challenge for child health,” Dr Baynam said.

Both comedians and kids have happily got on board to tell their jokes, which are loaded onto the Suspense is Killing Me website and onto their own social media channels to be shared by all.

Everyone can get behind the project by sharing a comedian’s joke or one of the children’s jokes from the website on their own social media channels to highlight and raise awareness of the initiative and difficulties of living with an undiagnosed disease.

Or you can tell a joke of your own, tagging @projecty #thesuspenseiskillingme in your posts.

Go to thesuspenseiskillingme.org for more information