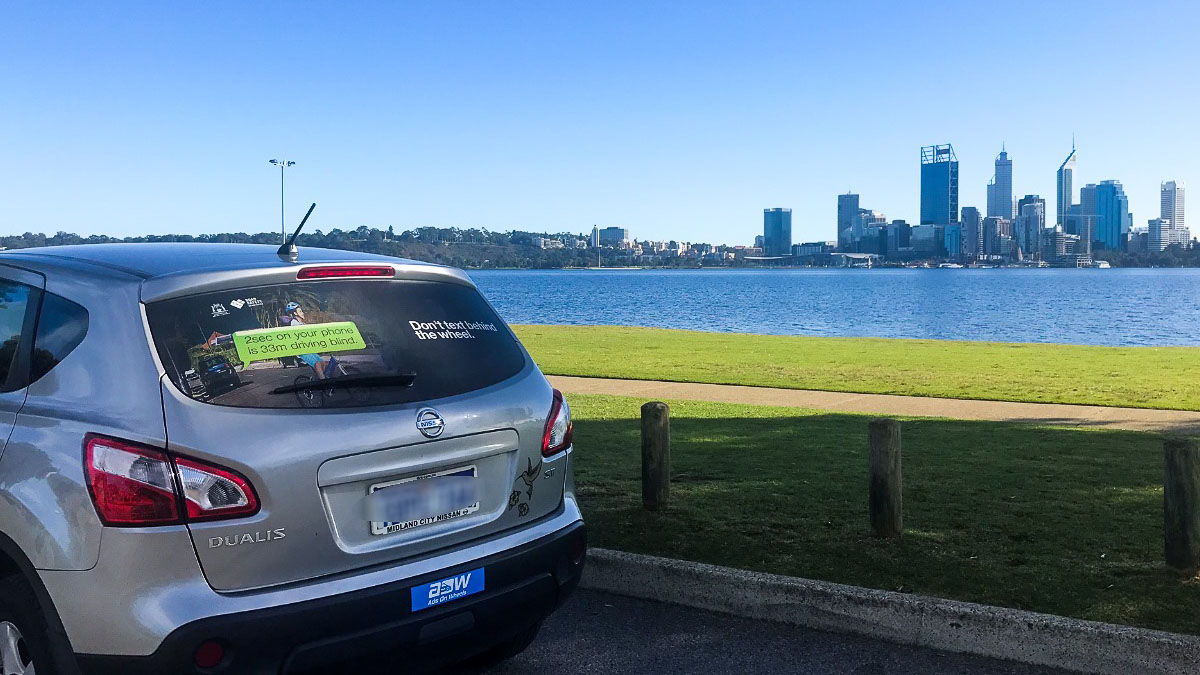 Designed to help promote safe driving messages throughout the Perth metropolitan area, the campaign ‘Don’t text behind the wheel’ ran for one month, with 50 drivers covering 93,610 kilometres – equivalent to driving around the Earth more than twice.

“Two seconds on your phone is thirty-three metres driving blind” was the message displayed on the vehicles’ rear windows. The ads were placed with local drivers in the community going about their daily commute and getting paid for the driving they were already doing. The drivers were educated on how to be a safer driver while the advertisements were installed, and the campaign was monitored to ensure safe driving and the required kilometres were met through the Ads on Wheels app.

“Ads On Wheels is a great example of being able to work with a local media partner to provide innovative solutions to our clients,” said Initiative’s Paige English. “The format and rigour in the reporting made this a perfect solution to extend our Road Safety mobile distractions message into a contextually relevant environment.”

This was the first campaign that Ads on Wheels had run via an agency. Account manager, Jake Mirco, said it had been a great introduction.

“It was a pleasure working with Paige and Initiative on this campaign. They quickly understood the potential for the Road Safety Commission and we were delighted to be able to deliver a positive result for them.”

After launching locally in February this year, enquiries are now being received from agencies around the country and the company is aiming to launch nationally later this year.