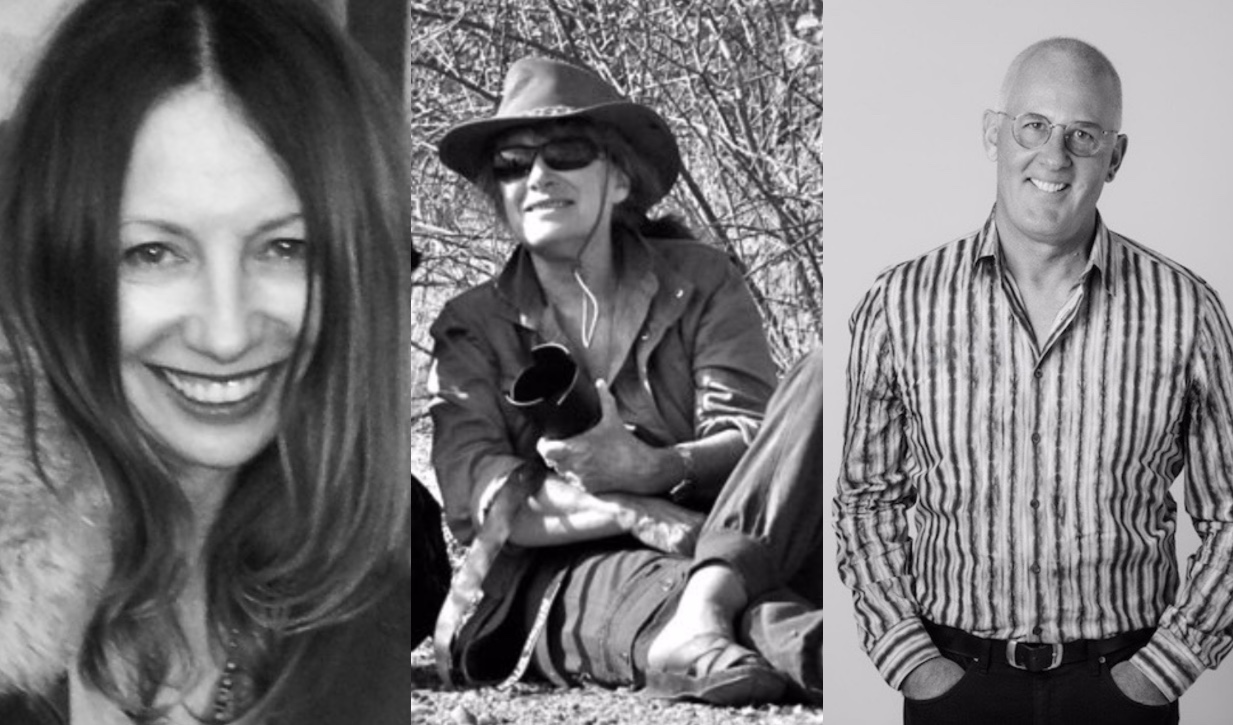 AWARD has today inducted three new members to its coveted Hall of Fame. Sarah Barclay, Faie Davis and Warren Brown have all been included and honoured for their outstanding contribution to the creative advertising community.

AWARD’s Hall of Fame sets out to recognise the best of the very best. It’s for those who have defined a generation of advertising. Those that have shaped creativity; that the industry looks up to. Those individuals that inspire us. The very few in the industry we can call legends.

Sarah Barclay:
Sarah Barclay’s glittering career began as an AFA Graduate at JWT Sydney. She won AWARD School in 1984, and was soon discovered by The Campaign Palace Melbourne, the most consistently awarded agency in the country during the 80s. Among many highlights, she created Sic ’em Rex for Holeproof, and Candy Girl for Candy Shoes. After several years, Sarah was headhunted by David Blackley to Clemenger Melbourne where her work included Not Happy Jan for Yellow Pages and The Milk campaign, with the legendary Retired Milkman. She moved to BBDO NY briefly before being snapped up by the worldwide creative boss of Saatchi Bob Isherwood as a Regional ECD on Proctor & Gamble, and she spent the last decade a Global ECD for JWT New York. Barclay moved to Byron Bay last year after 20 years living in New York. Her work has appeared on more Hall of Famers’ reels than any other individual and she is the only person to have work appear in three of the four AWARD Decade showreels. Barclay, along with Faie Davis below, is one of the first two women to be inducted since the Hall of Fame was established in 2009.

Faie Davis:
Faie Davis worked for the Australian Opera designing sets before she discovered advertising. Her career as an Art Director and Creative Director began in the 1960s and she worked in New Zealand, Australia, Southeast Asia, Africa and the USA. Davis worked for Ian Batey at Batey Ads in Singapore where she co-created the Singapore Girl campaign for Singapore Airlines, a game changer for the airline category. She was the first woman on the board of Ogilvy in Australia in 1976. And she was recruited by Hal Riney for the Ogilvy San Francisco office where she worked alongside a young Jeff Goodby. Davis returned to Australia to launch her agency DDI Adworks (Davis Does It) in 1987 and ran it for 22 years with major clients including Ella Bache and New Woman magazine. Davis also ran DDI Filmworks alongside the agency and directed many of the clients’ ads. Her next career was traveling the world and publishing stunning photographic books for places including Cuba, Namibia, Zanzibar, Angola, the UAE, Ethiopia and more. Davis’ work is renowned for a stunning eye, as well as her bravery, humanity, emotion, good taste and a powerful female point of view.

Warren Brown:
Warren Brown is quite simply a legend of modern Australian advertising. After graduating from Swinburne, Brown worked as a junior Art Director at USP Needham Melbourne before the travel bug bit, and he moved to London in 1980 aged 22. His motto was “Dream Big, Embrace Risk and Never Give Up”. Brown made it big in London, catching the eye of John Hegarty at BBH and winning swags of D&ADs while creating world-famous campaigns for Fosters, Irn Bru, Levis, etc. Lured back to Australia to join Paul Fishlock at the Campaign Palace Sydney, Brown’s impact was immediate with famous campaigns including AMLC and the AFL. In 1996 he formed BMF and the agency quickly soared to great heights with work for Blackmores, Tooheys Extra Dry, Anti Smoking, AMLC, XXXX Gold, Aldi and more.

The AWARD 40th Celebration also highlighted some of the most outstanding campaigns from the last four decades via a retrospective of the work. AWARD would like to thank DDB Sydney, Clemenger BBDO Sydney, FINCH and The Monkeys for producing the great reels with guidance and research from AWARD Committee member, Esther Clerehan.

Says Cam Blackley, chair, AWARD: “In a long overdue celebration of the most outstanding work from the past 40 years, AWARD is delighted to announce three more inductees into our Hall of Fame. Acknowledging outstanding contributions and impact Sarah, Faie and Woz have made to the advertising industry, I couldn’t think of three more deserving humans to include and wish to congratulate them once again on reaching legendary status. I would also like to thank the agencies who curated our decade retrospectives – what a great look back at some of the best advertising campaigns from the last 40 years.”