Ad Boards Plus provide in-kind support for Crime Stoppers W.A. and feature at launch of BikeLinc 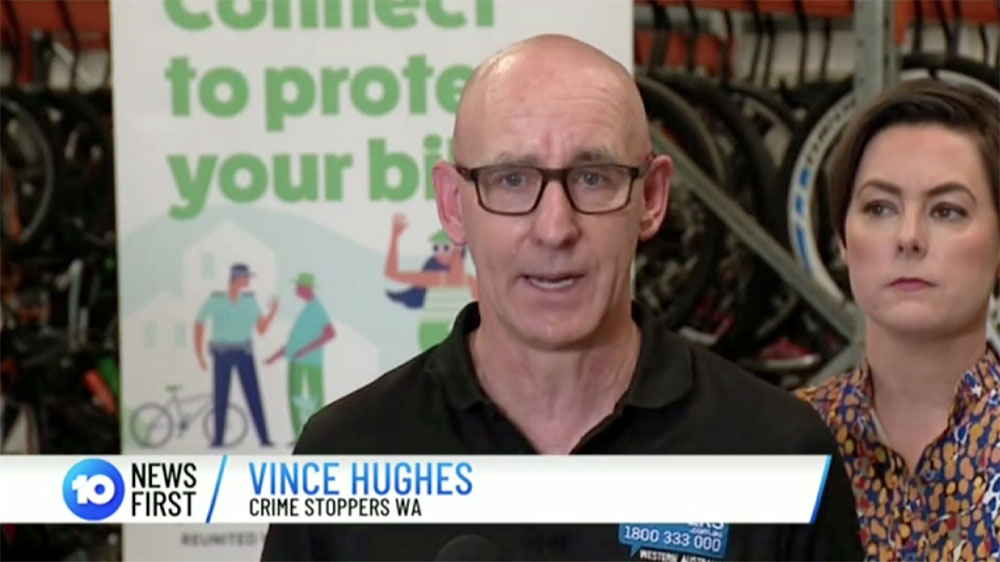 Ad Boards were utilised throughout the media announcement for BikeLinc powered by Crime Stoppers, with LED boards conveying information and urging the public to sign up online and enter their details to secure their bicycle.

Crime Stoppers CEO Dr Vince Hughes said, “We are extremely grateful to Ad Boards Plus for their support in helping us to get the BikeLinc message to the community of WA. As a registered charity we are always looking for ways to deliver our messages in a cost-effective way. Ad Boards Plus support allows us to speak to the cycling community in a very targeted and personal way. You can’t miss them so look out for them around Perth’s key cycling locations as well as other events over the next few months.”

Ad Boards Plus will play a crucial role over the next few months getting the message out to the cycling community providing a number of Ad Boards in-kind for Crime Stoppers WA to use.

Over 9,000 bikes are reported stolen in WA each year. BikeLinc allows bike owners to create a free profile of their bike (make, model, serial number, distinct features) and then indicate if the bike is safe or stolen. This allows the WA Police to check if a recovered bike has been stolen to reunite it with its owner as well as the community to check the details of a second-hand bike before purchasing.

This community crime-prevention tool is free to use, and in a few easy steps cyclists can create a profile of themselves and their bikes. It is supported by an active network of cycling enthusiasts who want to keep everyone’s wheels turning and see bike thieves apprehended. 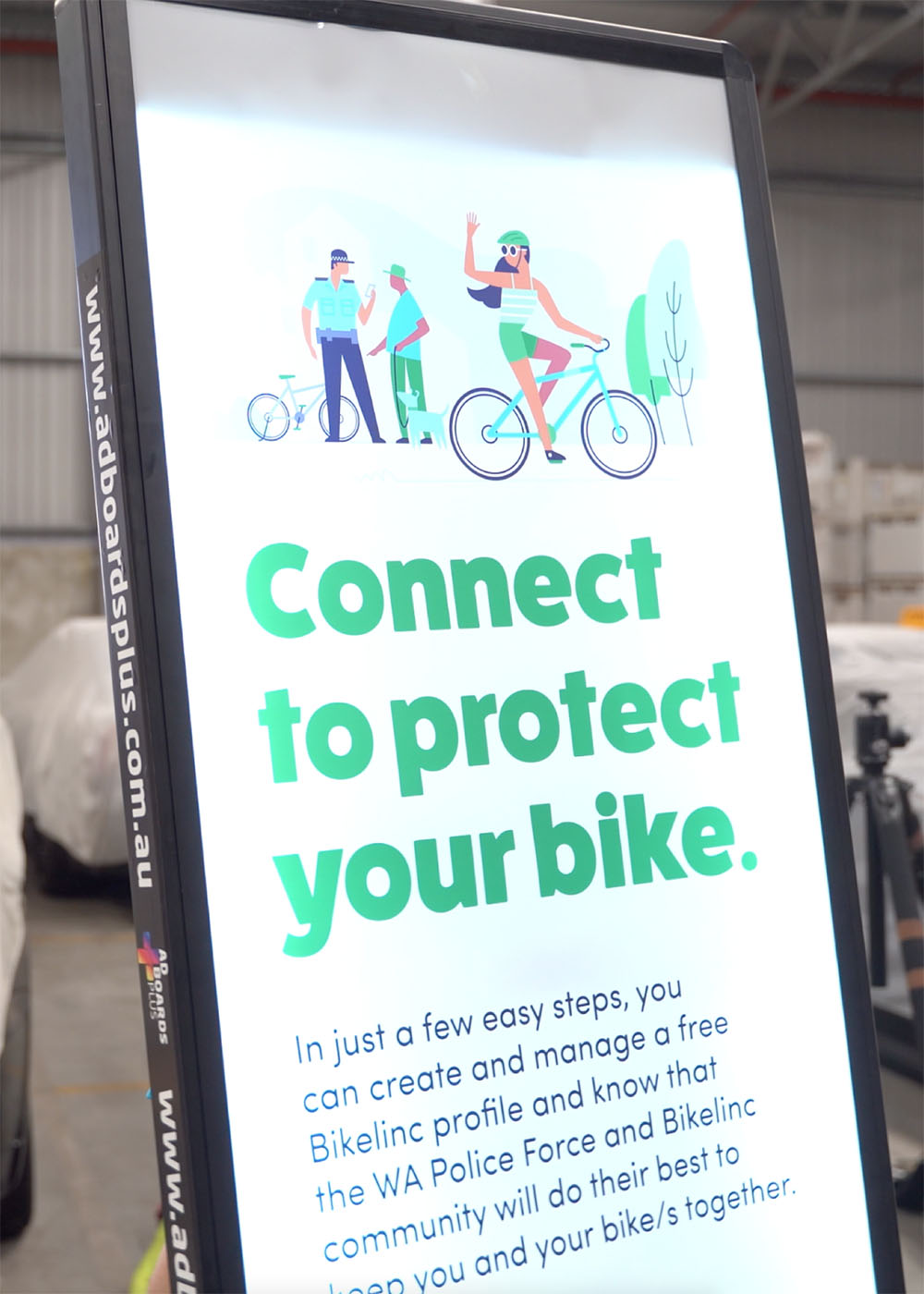