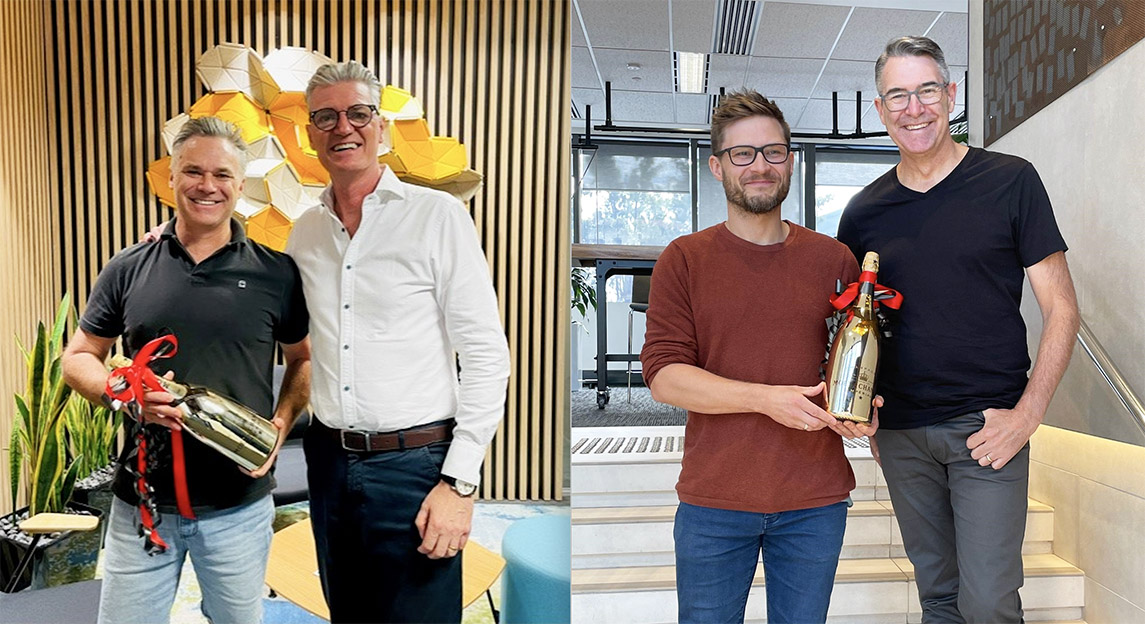 Campaign Brief WA Awards sponsor 96FM this morning surprised the winners of the Radio categories with a magnum of Moet from 96FM. 96FM are the sponsor of both the Radio Single and Radio Campaign categories at the awards.

96FM visited Rare’s office to present them with a magnum of Moet from the station for winning the best Radio Campaign award for their Brightwater “At Home – Irene, Christine, Klaus” series of commercials.

Brett Wheeler and Callum Mackenzie were not only celebrating their radio campaign win but also yesterday’s big Agency of Year announcement.

Then it was on to the Wunderman Thompson office who were winners of the best Radio Commercial award for the Victorian Department of Justice and Community Safety “Closer”. Creative Tim Newton and Gavin Bain, fresh from his Ad Person of the Year win yesterday, are both pictured on the right with a magnum of Moet from 96FM.