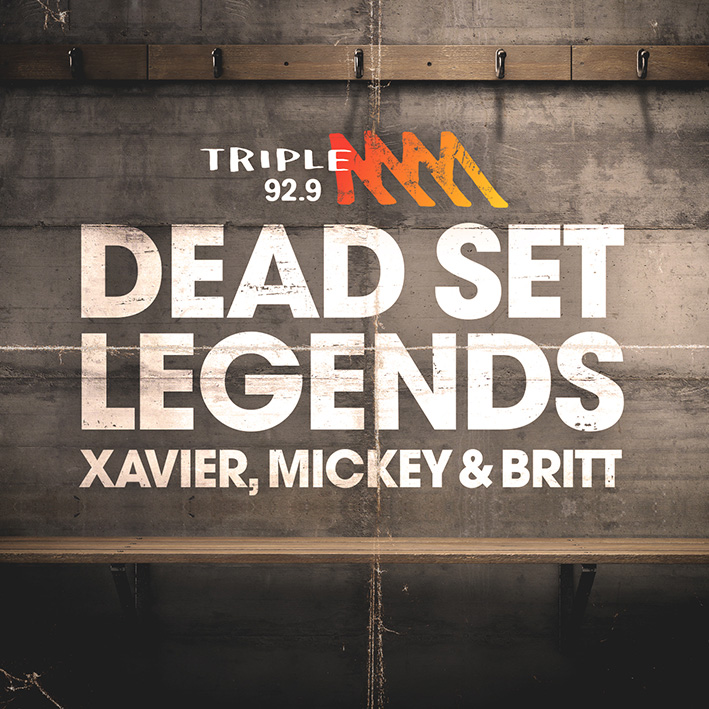 Xavier Ellis is no stranger to Triple M, the former West Coast Eagle and Hawthorn Hawks Premiership player is co-host of the 92.9 Triple M Breakfast show and is an integral member of Triple M’s AFL call team in Perth. In addition to his top-rating podcast, It’s Time for a Beer, and broadcasting commitments with Channel 7 Perth, he now adds Dead Set Legends to his repertoire.

Joining the team is racing presenter, Britt Taylor, who brings her enthusiasm for women in sport to Dead Set Legends. Taylor is a passionate racehorse owner and was the first female jockey to provide post-race interviews over the Melbourne Cup carnival.

Rounding out Dead Set Legends is former Fremantle Football Club midfielder, Michael ‘Mickey’ Barlow, who will give Ellis a run for his money to make sure both WA teams gets a good amount of airtime.

92.9 Triple M’s Dead Set Legends debuts on Saturday 17 April at 8am and will also be available via the LiSTNR app.