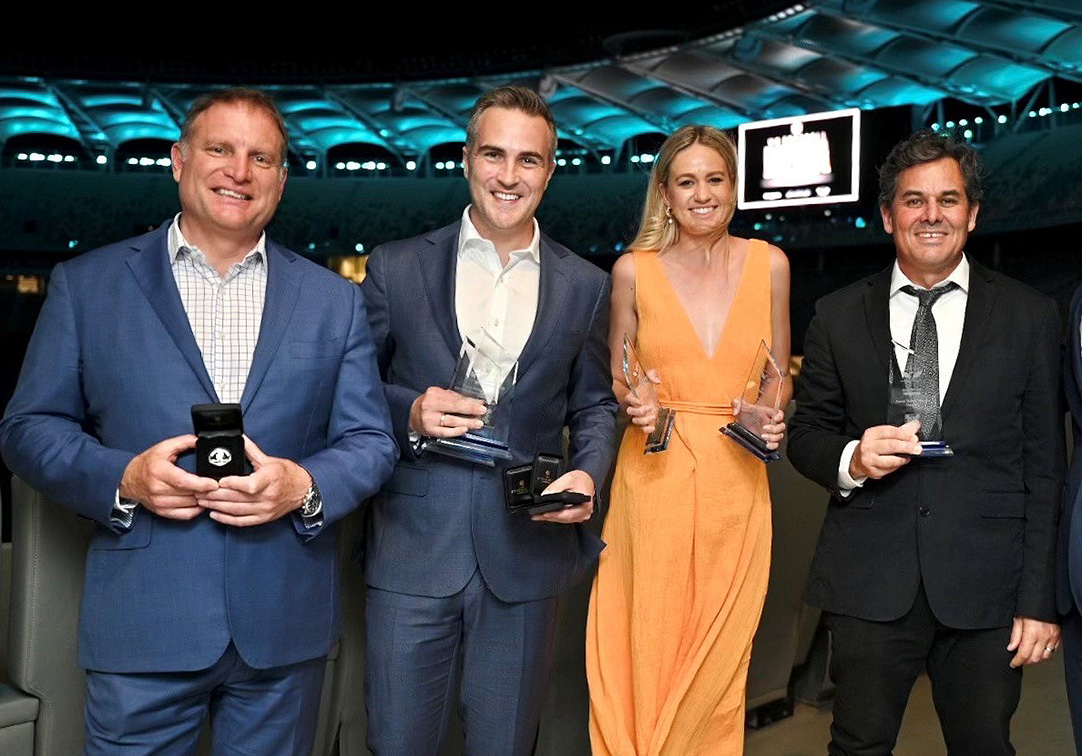 Awarded for overall excellence during the football season, it’s the first time the medal has been won by the same person three years in a row since its inception.

Daniels’ outstanding 2022 season began with him taking over the role as full-time sports anchor for 7NEWS Perth and included a national media award for his football reporting.

Daniels also received the George Grljusich Medal for the second straight year, for his story on former Eagle Daniel Venables battle with concussion, along with the Best TV Feature for his piece on draftee Jedd Busslinger.

Adrian Barich received the Dennis Cometti Award for Excellence During a Career, for his outstanding contribution to the football media industry in a career spanning more than 30 years, and still going strong.

An inaugural player for the West Coast Eagles, Barich started his media journey in 1987 on Perth radio and has thrived since arriving at Channel 7 in 1996.

Anna Hay was named as winner of the Tracy Lewis Emerging Talent award, recognised as a rising star of football media. Hay joined the 7NEWS sports team in January this year on a full-time basis, excelling in feature and match reporting, while filling in as sports anchor on a number of occasions, and joining Seven Sport’s AFLW broadcast team for all WA matches.

Seven Perth producer Andrew Henryon was also recognised for his outstanding work behind the scenes, with the award for Best Contribution Off Camera.

Daniels said: “I’m so proud of our team for what we’ve achieved this season, we love footy, and love telling the stories that make up the essence of our great game.”

“I’m personally so humbled to win these awards, named after icons of our industry in George Grljusich and Geoff Christian.”