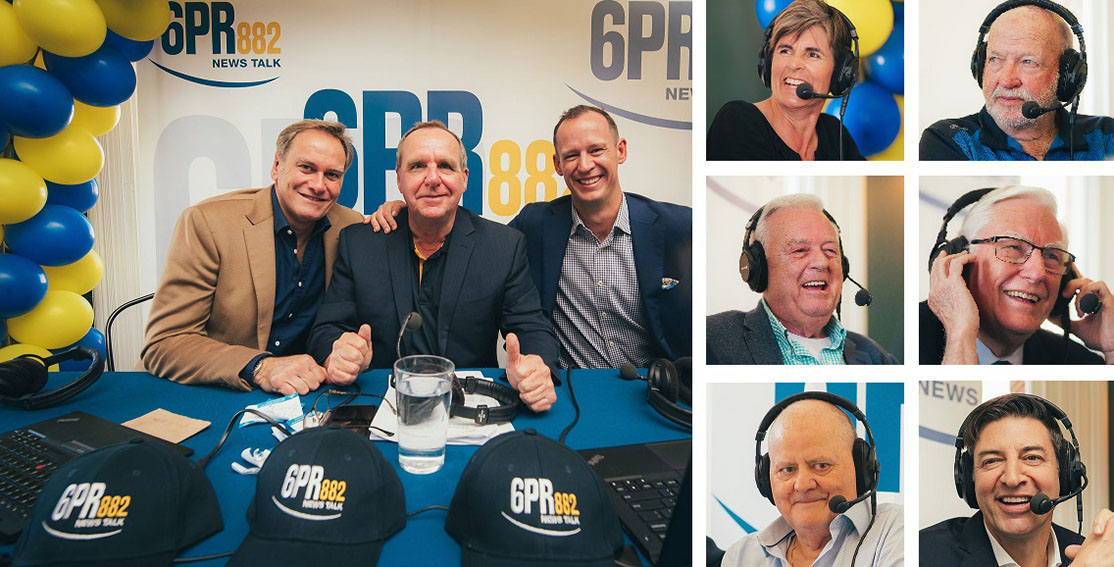 Perth’s 6PR 882 yesterday celebrated its 90th anniversary of broadcasting with a special lunch at The National Hotel in Fremantle.

6PR host Steve “Millsy” Mills hosted and broadcast from the event, which was attended by a “who’s who” of Perth media, together with 40 lucky listeners. The gathering included a number of former 6PR presenters including Graham Mabury, who holds the record for the longest stint on the station, broadcasting for 33 of its 90 years.

Also in attendance at the 90-year celebrations was 6PR’s current on-air lineup including Breakfast host Gareth Parker, Mornings host Liam Bartlett, Perth Live presenter Oliver Peterson, and a number of other on-air and off-air members of the 6PR team.

“We are proud to celebrate an incredible 90 years of radio history,” said Emily White, 6PR Content Manager. “6PR has long played an integral part in the life of this city and will continue to well into the future.

“We have come a long way since 6PR was founded by the electrical and music warehouse company Nicholson’s Limited, who were operating the station from a studio above their music showroom at 86 Barrack Street in the heart of the city. A lot has changed in the 90 years since, but what hasn’t changed is radio’s ability to connect with its audience, and for 6PR to tell the story of Perth.”

The special 3-hour live outside broadcast was sponsored by Howard and Saul from Camera Electronic. 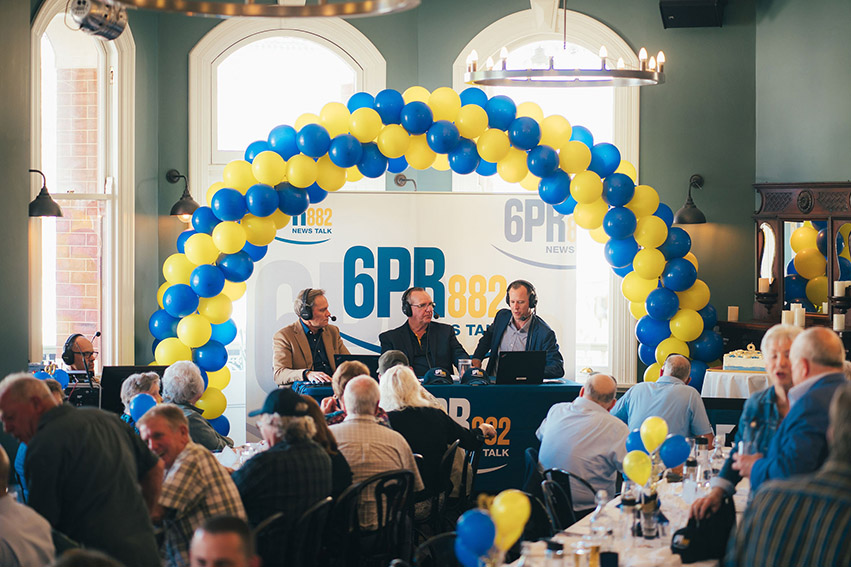 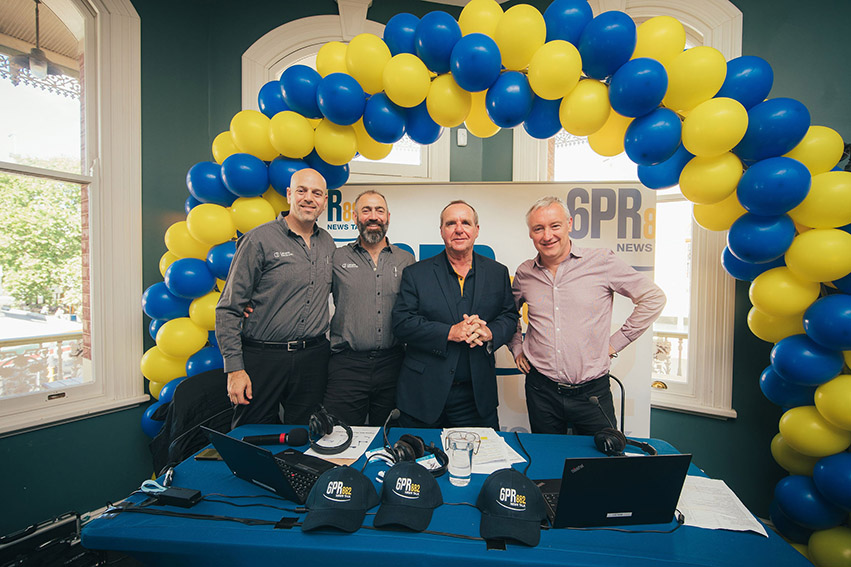 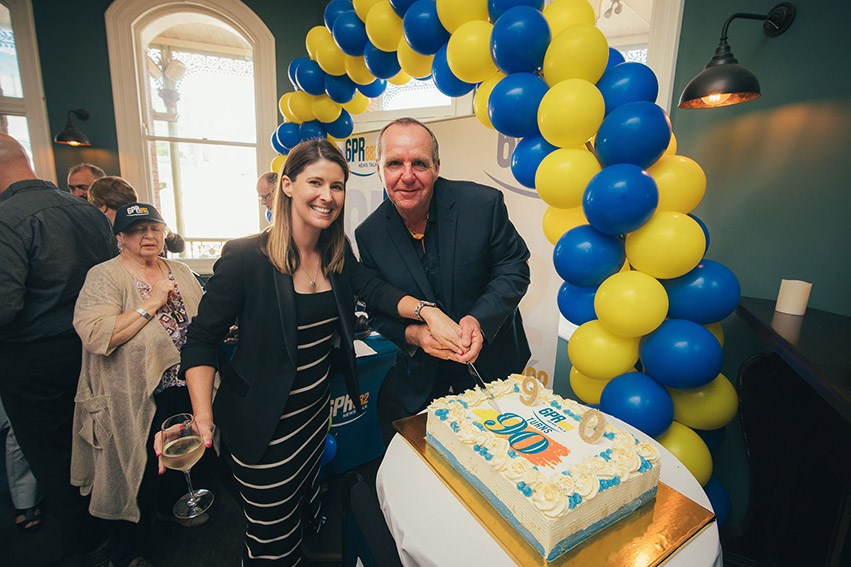 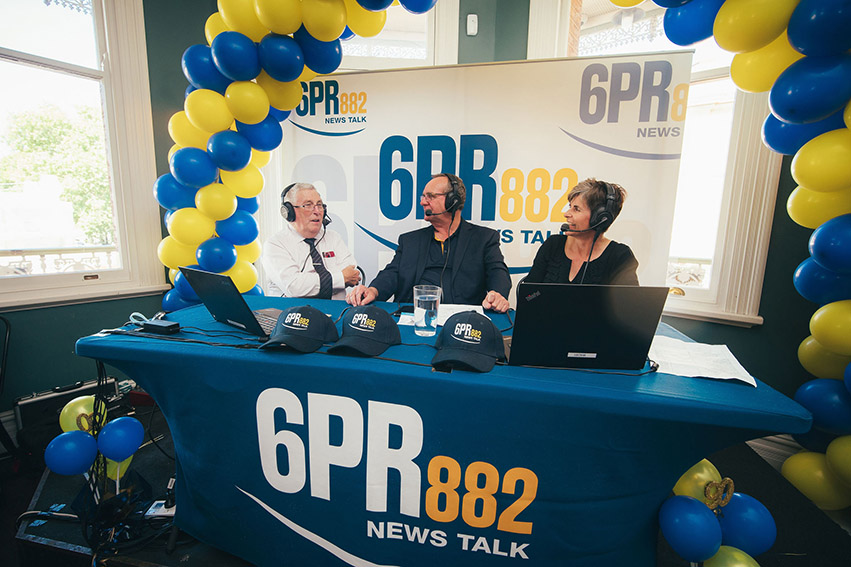 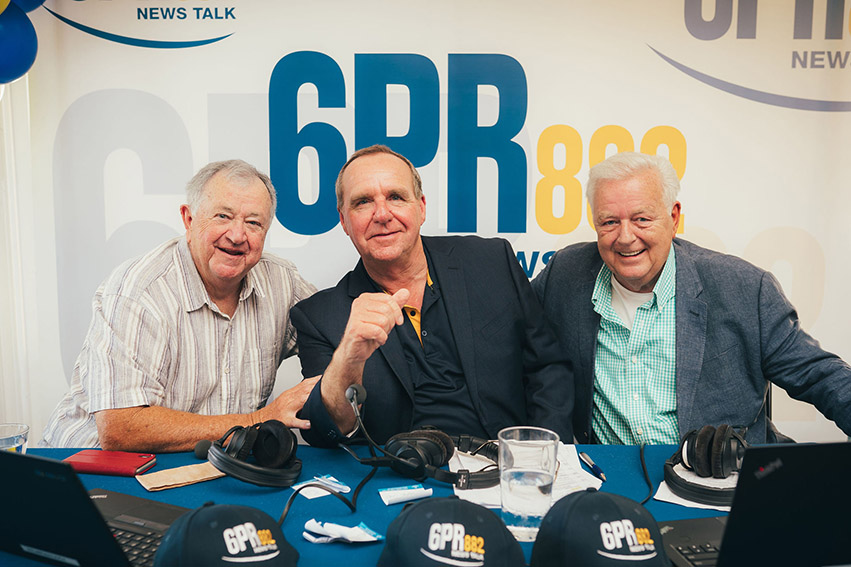 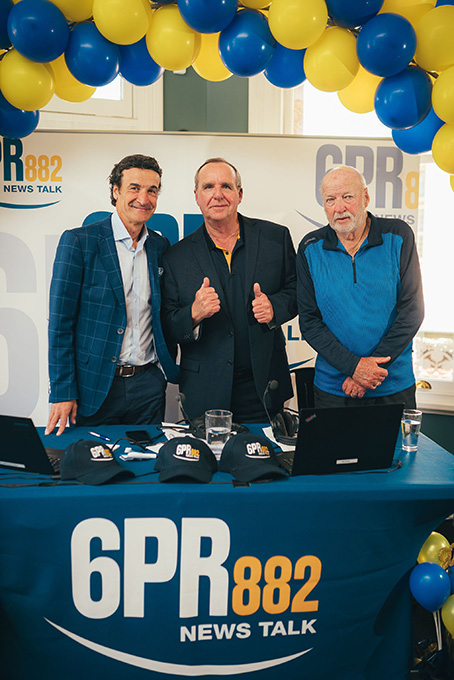 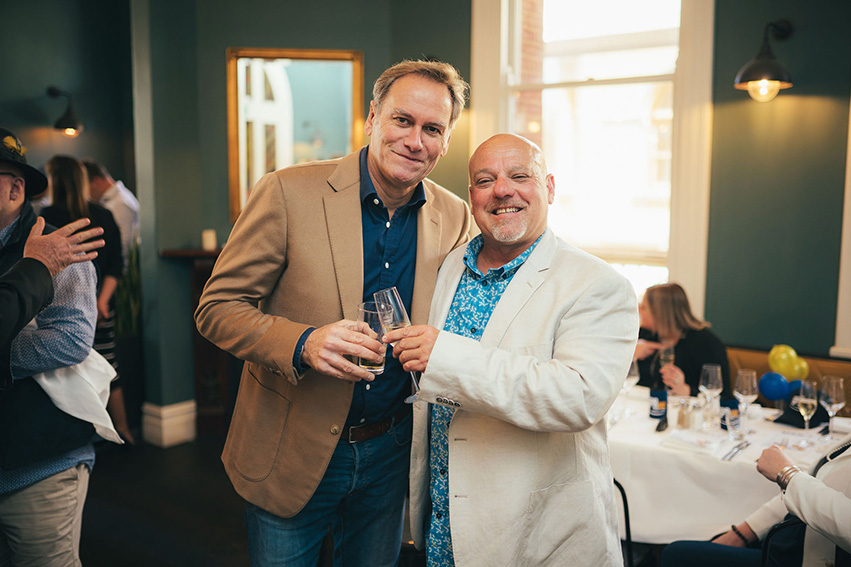 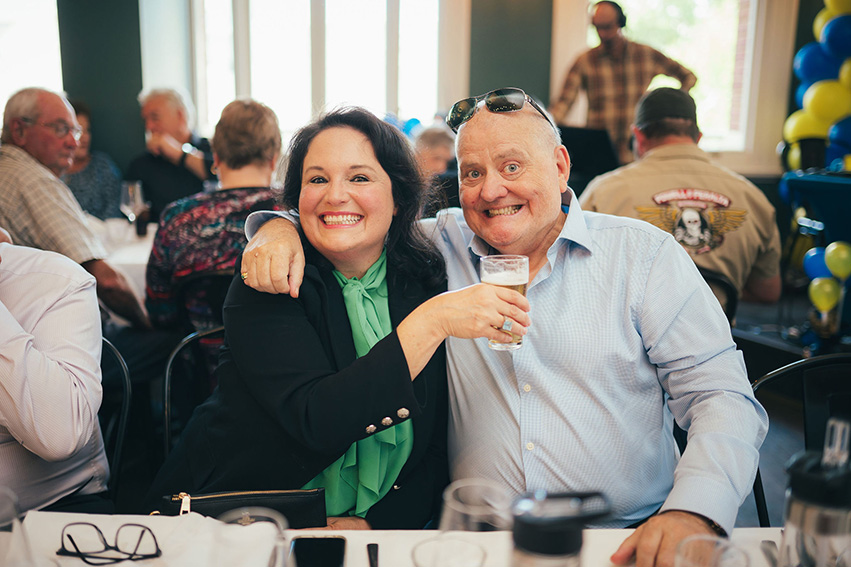 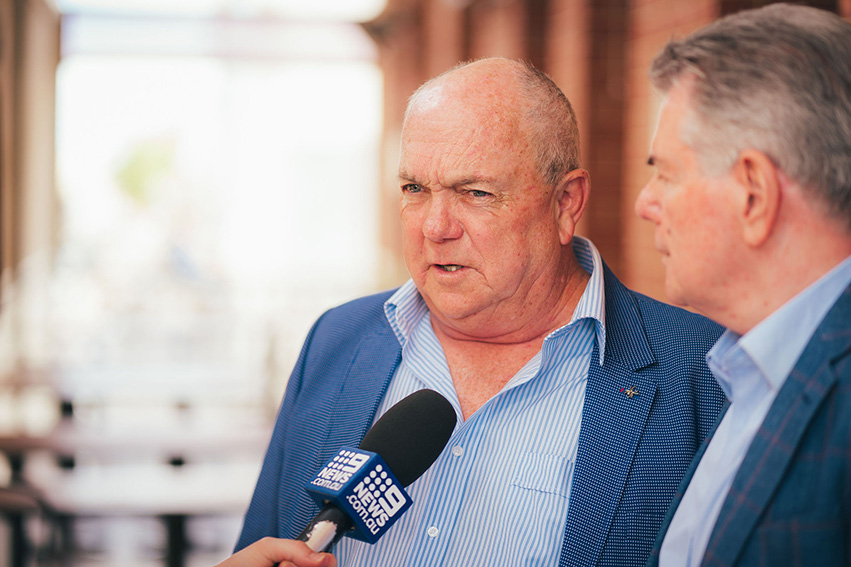 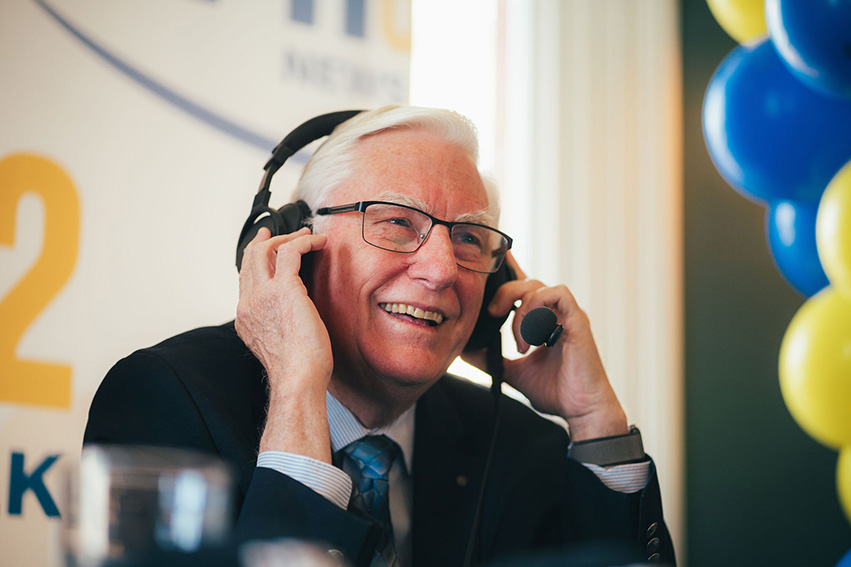 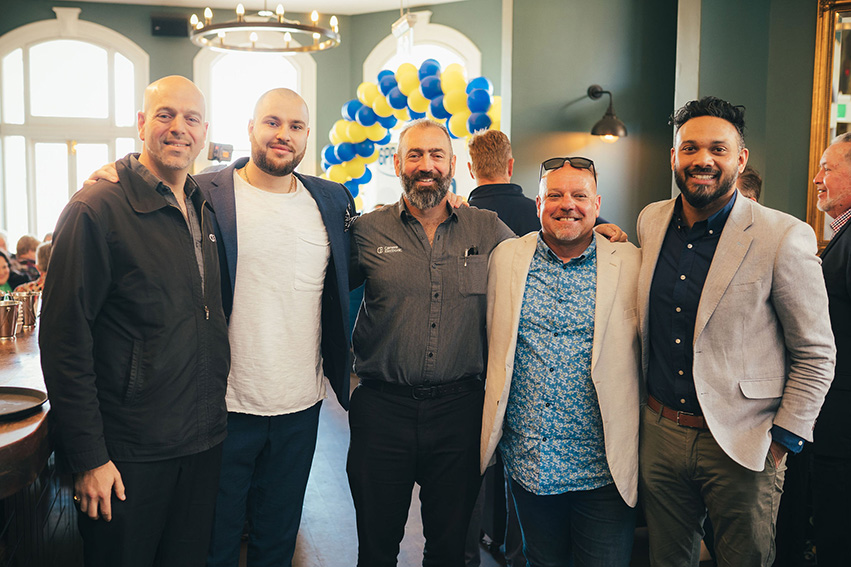 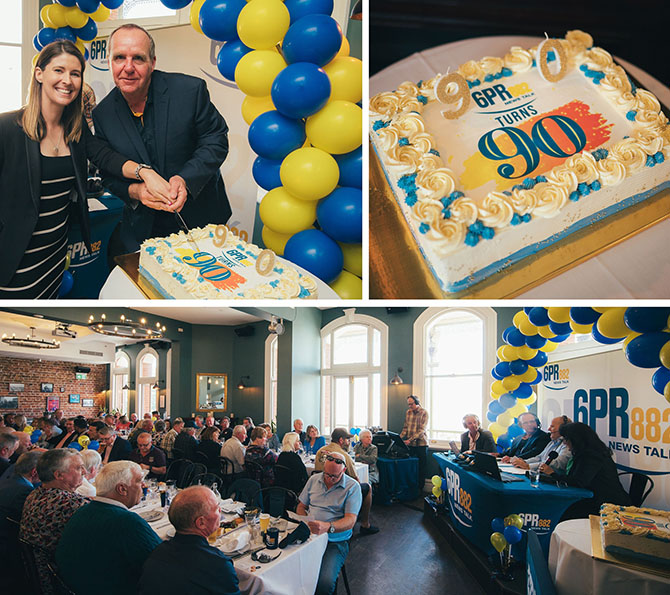