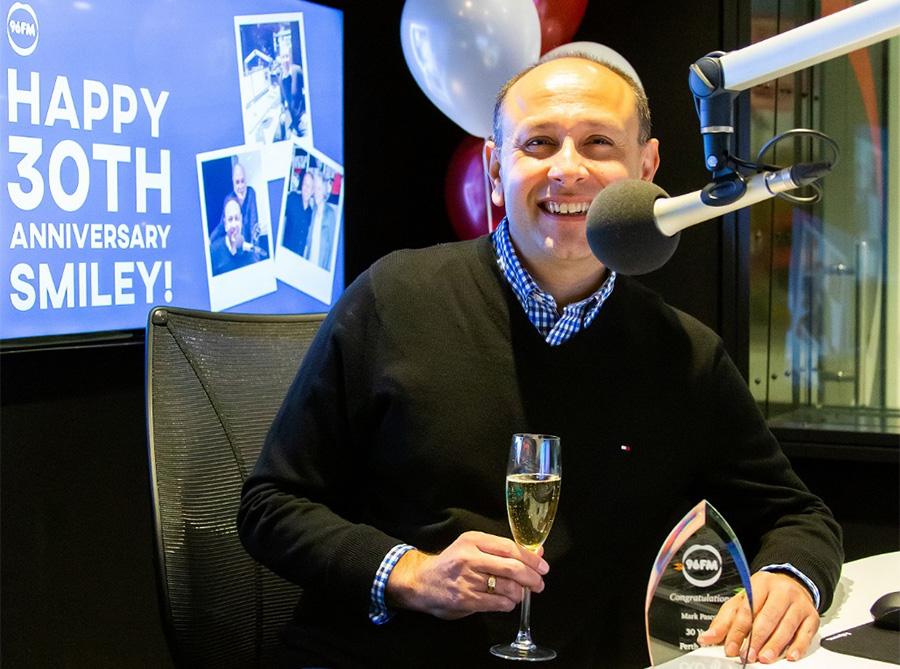 Everyone at 96FM knew that Thursday 25th (yesterday) was the anniversary but Pascoe seemed to have forgotten, so they were able to organise a huge surprise celebration for him. He quickly realised something was up when he saw they had literally rolled out a red carpet for his arrival, followed with balloons, bubbles and a cake.

After studying at the WA Academy of Performing Arts, Pascoe kicked off his radio career at 6MD followed by 6PR, 6IX, Red FM and Spirit Radio before joining the team at 96FM.

“From the age of 12 I only had one dream, to be a Radio Announcer on 96FM and every morning at 9 o’clock I get to live out that dream!,” said Pascoe. “I truly am the luckiest guy in the world and what a privilege to be part of the team during 96FM’s 40th anniversary.”

Yesterday’s surprise kicked off the start of celebrations for 96FM’s 40th anniversary, which is officially on August 8 this year. 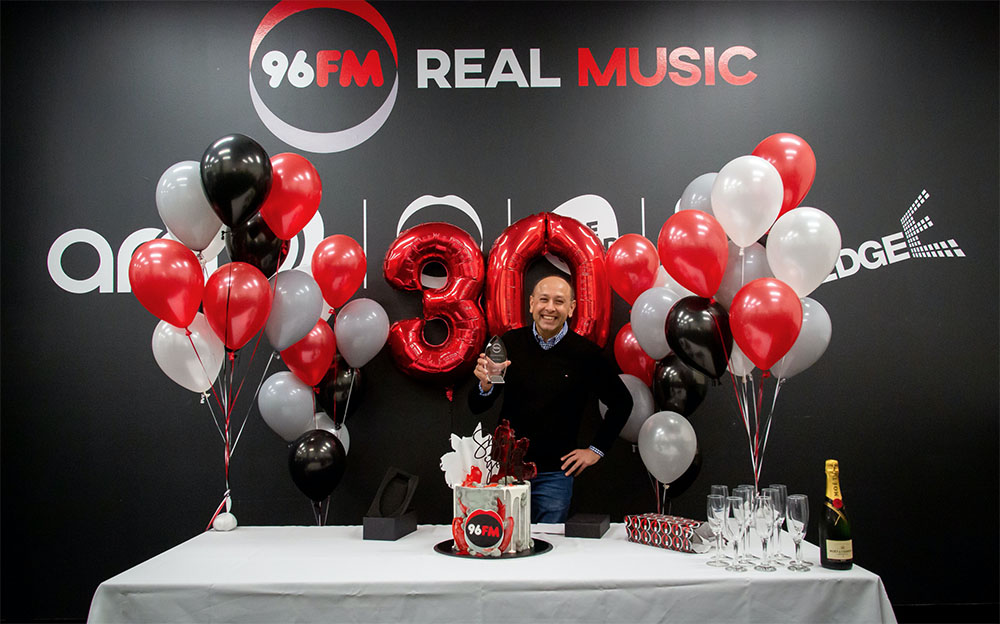