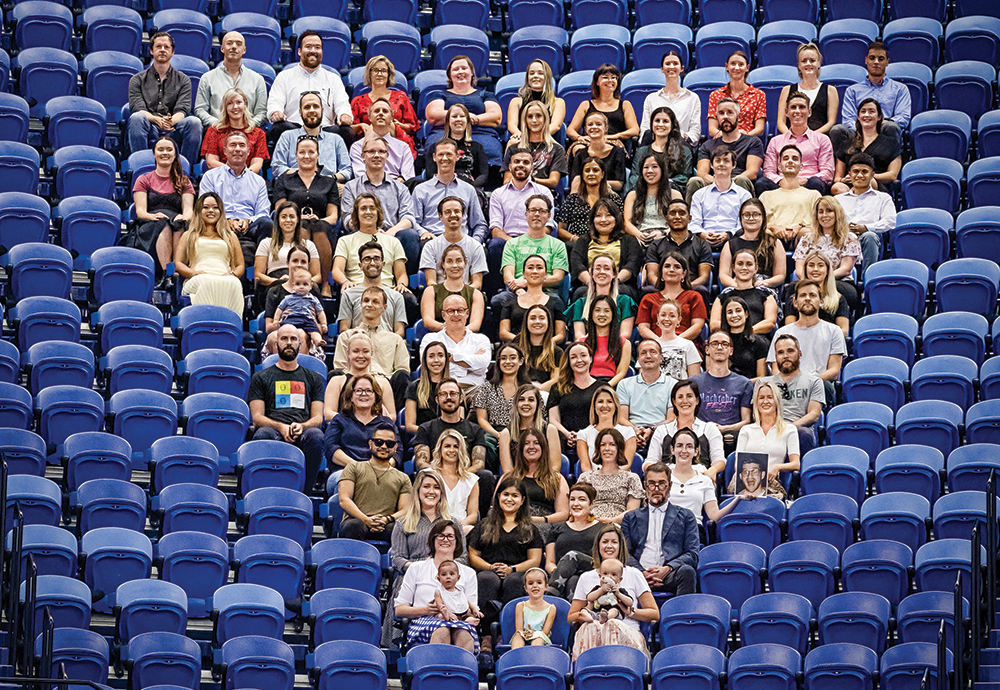 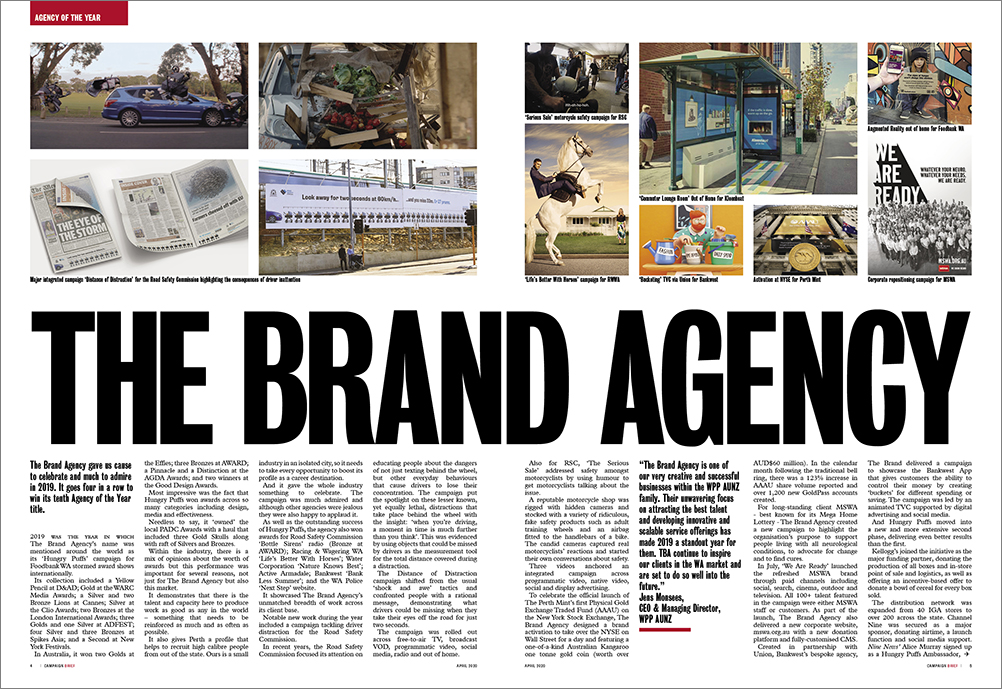 Alas there was no Oasis Ball this year but the best of the Western Australian Advertising and Media industry was still celebrated in the Campaign Brief WA Awards, announced ‘live’ online on Monday.

The Brand Agency took out Agency of the Year for the fourth year in a row and its tenth title overall after a strong year that included winning awards around the world for its Foodbank WA ‘Hungry Puffs’ campaign. It also won two Best of Year creative awards.

Rare was runner-up, after year in which it continued to expand its services including the launch of the Rare Connect: Hearts & Science media business and its creative output reached new heights. The agency also won three Best of Year creative awards.

Foodbank WA won Campaign Brief’s prestigious Advertiser of the Year. Its Hungry Puffs campaign became the most awarded campaign ever created in Perth, as well as achieving record results for the charity’s vital work.

Challenger or Specialist Agency of the Year – Anthologie. Founded by Amy Sutton three years ago, Anthologie has quietly but steadily expanded its portfolio of work and clients. In 2019, it made a real impact, delivering sophisticated campaigns for a wide range of clients and brands.

Supernova of the Year – Ryan Khong, Word Of Mouth. The Supernova of the Year Award recognises outstanding young people who have the potential to be the future leaders of our industry. Ryan Khong’s entrepreneurial spirit saw him start his first company before he had finished university, and is now joint Managing Director of his own digital marketing agency. 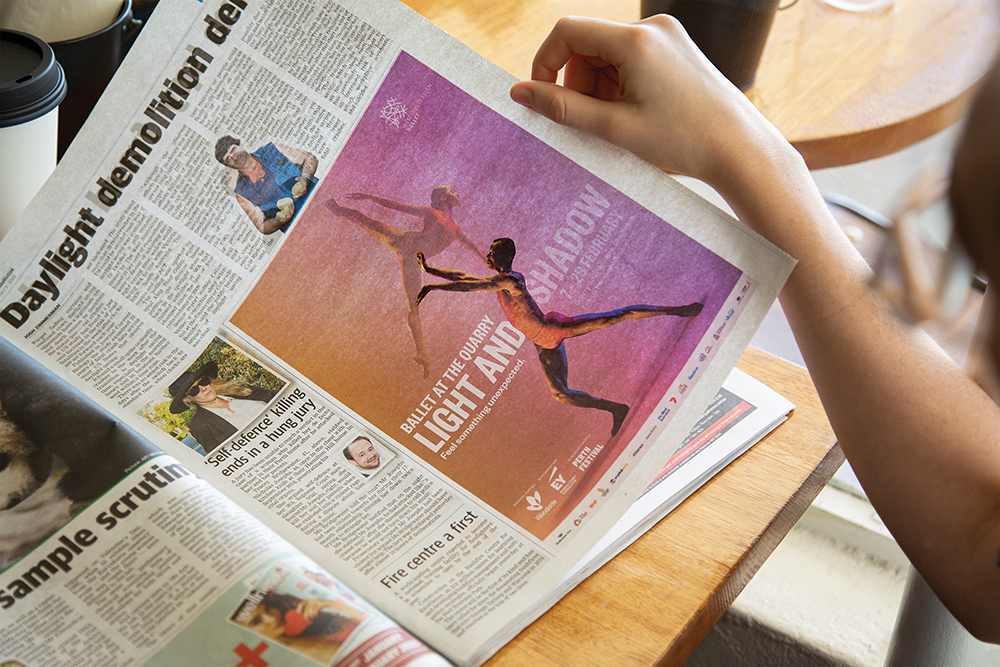 Use of Data – AAA ‘My Money, My Transport’ by Marketforce.

FTG – ‘My Dad The Secret Superhero’ by Carly & Seb Moone with The Brand Agency.

Out of Home – Public Transport Authority ‘Trains Come Out Of Nowhere’ by Gatecrasher.

Radio Ad – CD Dodd ‘Growl In The Morning’ by Rare: 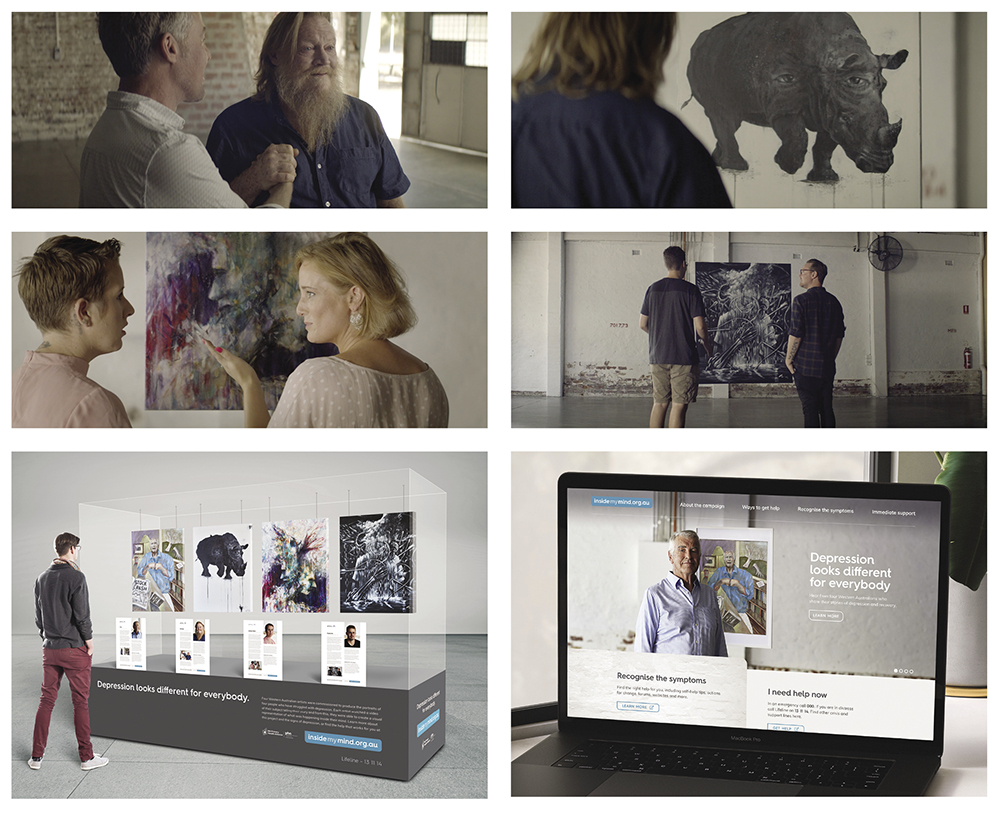 Details on the winners and finalists are in the special April issue of Campaign Brief WA magazine out now.

Thanks to our brilliant 2020 Campaign Brief WA Awards sponsors 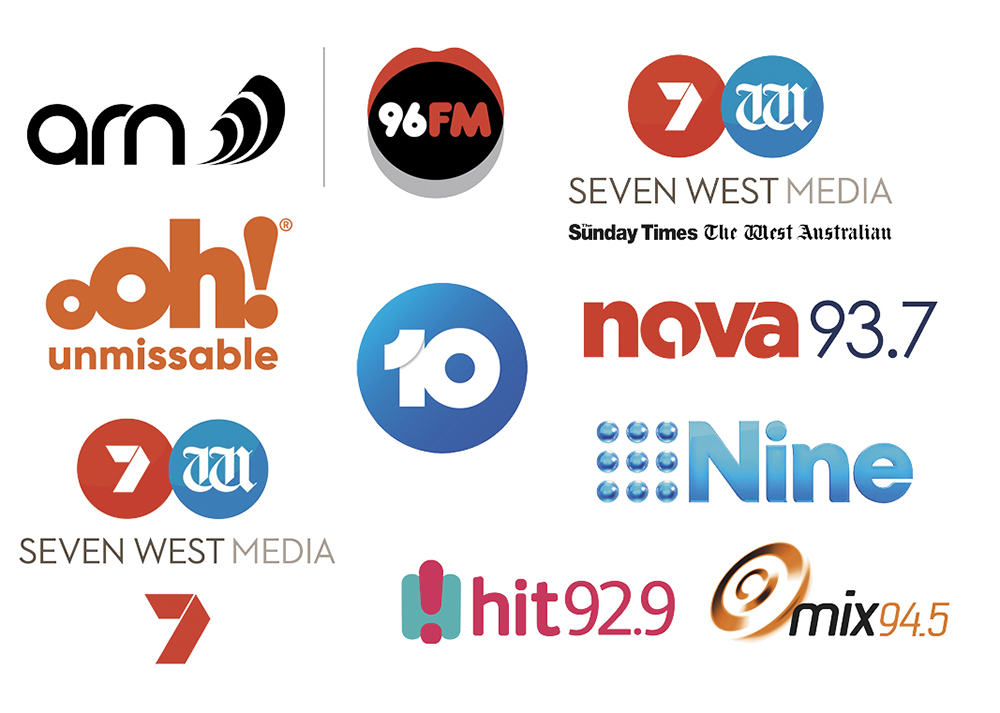