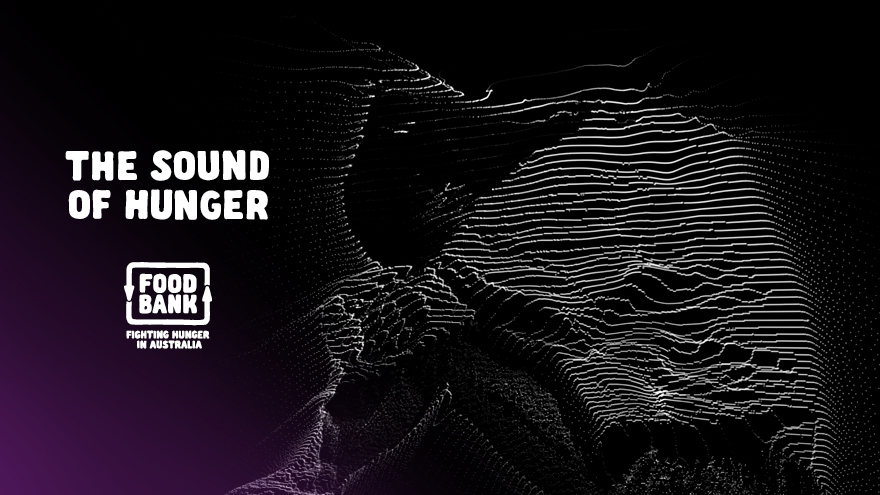 More people in Western Australia are experiencing daily hunger than ever before and a third of people for the very first time. But unlike other social issues such as homelessness or drug addiction, the effects are not immediately visible. Sufferers carry their painful, invisible burden alone. The Brand Agency highlights the issue with a new campaign for Foodbank WA, released just prior to Christmas.

To drive donations in the typically highly competitive holiday period, when all charities are active, Foodbank WA and The Brand Agency set out to communicate the wider social consequences of hunger with the objective of increasing donations over the previous year.

The solution was ‘The Sound of Hunger’.

To create it, The Brand Agency took real stories of food insecurity, and used field recordings, foley, acted improvisation, and human body microphones to make an unsettling, layered soundscape. The only way to silence it was via your donation.

The Brand Agency designers, creatives, production specialists and web developers partnered with CUE Sound and local actors to bring The Sound of Hunger to life across many mediums including social, digital, press, radio and film (with a VR component in the making).

The campaign connects to the donation mechanic through the campaign website, where visitors can explore the individual layers of the sound, read the stories and statistics, and donate. The more they donate, the quieter the sound becomes – in the browser, and in WA.

LISTEN TO THE RADIO
VIEW THE SOCIAL FILM 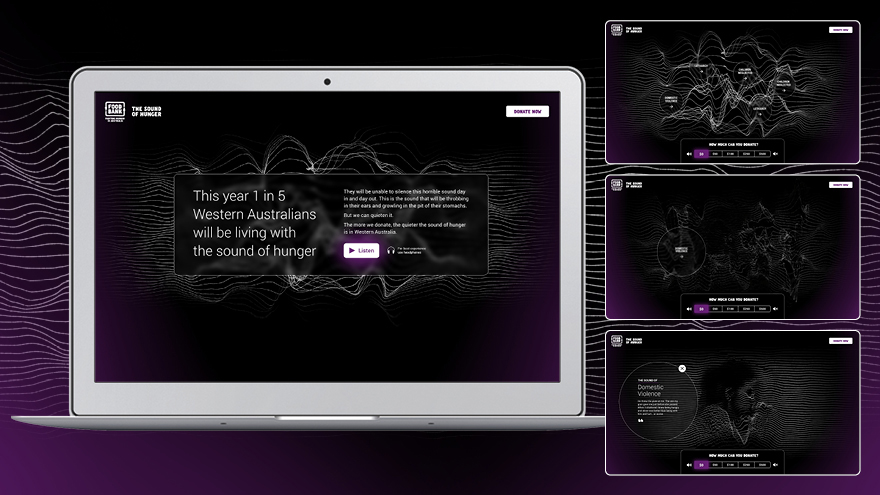 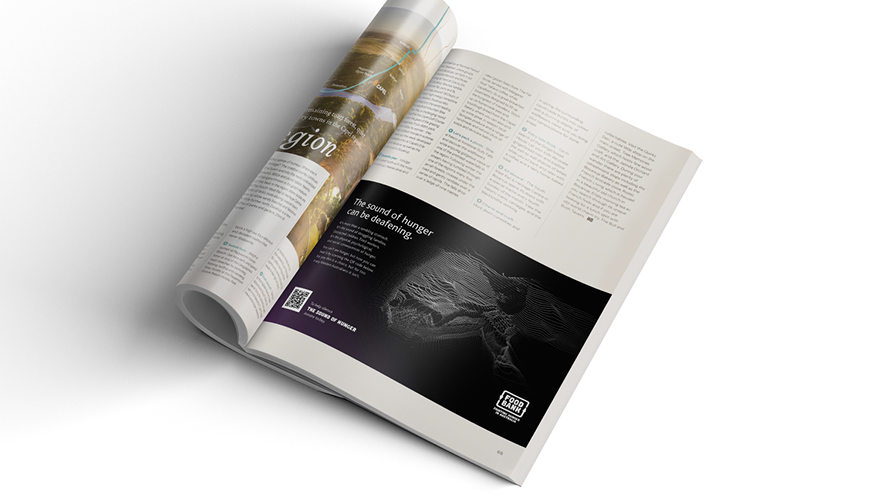 Foodbank WA CEO, Kate O’Hara said: “For most people they can choose to listen to the Sound of Hunger and it will be over in minutes. For too many Western Australians this is the soundtrack to their lives, and they cannot turn it off. It can be deafening. We are incredibly thankful to The Brand Agency for helping us to bring to life the reality that many people who struggle to access regular meals face with this innovative and thought-provoking campaign.”

Dean Hunt, Executive Creative Director, The Brand Agency said, “The Sound of Hunger. It’s hard to listen to. So, imagine what it’s like for those living with it day in day out…at school, at work, at home. Always on.”

He said the social consequences of hunger are far reaching.

“This campaign shines a light on a dark and complex issue, while offering a solution with a simple donation mechanic. Turn off the sound of hunger with a donation. Huge thanks to the whole team. Special thanks to Mike Fragomeni and CUE for your oh-so talented sound skills. And our supportive partners at Foodbank WA. Most of us can switch the sound off or ignore it all together but for many Western Australians, the Sound of Hunger will never stop without help from the incredible team at Foodbank WA.

Leave a Reply to The Watcher on the Fence Cancel reply